The Alert Level for Agung volcano in Karangasem district of the Indonesian province of Bali was raised from 2 to 3 (of 4) on September 18, 2017, following a sharp increase in volcanic earthquakes on September 17. Authorities raised the alert to 2 on September 14, after an increase in earthquakes first detected on September 13. The last eruption of this volcano started in February 1963 and ended in January 1964. It was one of the world's largest eruptions of the 20th century, with Volcanic Explosivity Index (VEI) of 5.

Authorities warned communities around Agung and climbers/visitors/tourists not to approach the crater of Mount Agung within 6 km (3.7 miles) or at elevations above 950 m (3 116 feet) above sea level. All community activities within 7.5 km (4.6 miles) to the north, southeast, and south-southwest should stop immediately.

Residents are asked to remain calm while maintaining vigilance and not to trust unverified sources.

The map below shows distaster-prone region of Mount Agung. There are about 80 000 people living in the dangerous area. 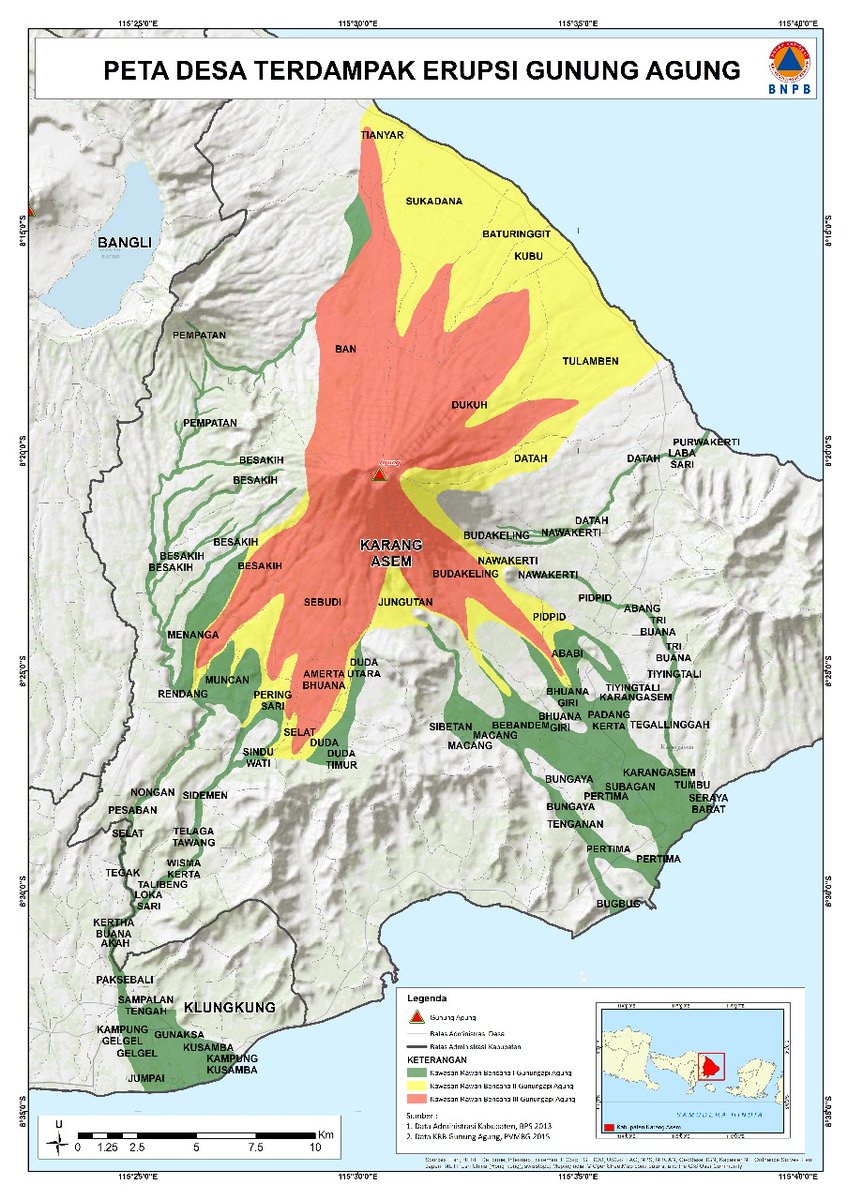 Nearby residents have been told to prepare for evacuation. The Bali Provincial Regional Disaster Management Agency and Karangasem Regency have been told to develop contingency plans for the worst possible scenario of an eruption.

Seismicity at the volcano started rising on September 13 and was followed by a sharp increase on September 15, 16 and especially 17. 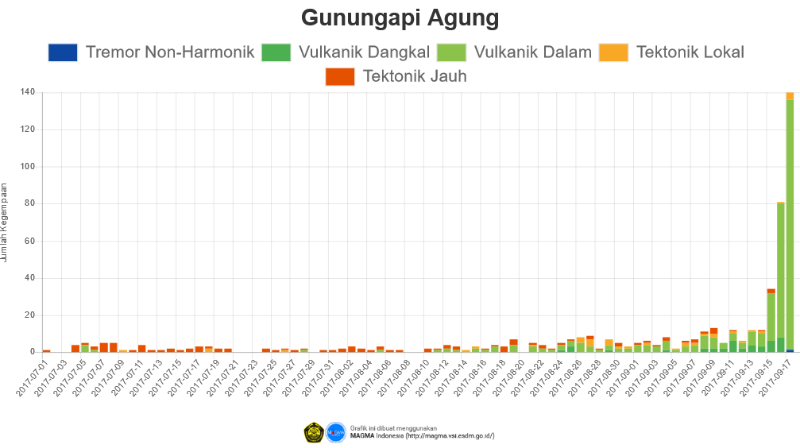 "Actually volcanic tremors have already happened since in the middle of August, 2017 but they then vanished before emerging again and since early in September it has continued to increase," Gede Suantika, the head of volcanic mitigation of the Volcanology and Geological Disaster Mitigation Center of the Geological Agency of the Ministry of Energy and Mineral Resources, said on Sunday.

This was one of the world's largest eruptions of the 20th century. It produced voluminous ashfall along with devastating pyroclastic flows and lahars that caused extensive damage and some 1 100 fatalities.