A sudden eruption took place at the Indonesian Krakatau volcano at around 07:13 UTC on October 26, 2021. The Aviation Color Code was raised to Orange.

According to Anak Krakatau Volcano Observatory, the eruption was recorded on a seismogram with a maximum amplitude of 45 mm and a maximum duration of 45 seconds.

The best ground-based estimate of ash-cloud top is around 657 m (2 102 feet) above sea level, which may be higher than what can be observed clearly.1 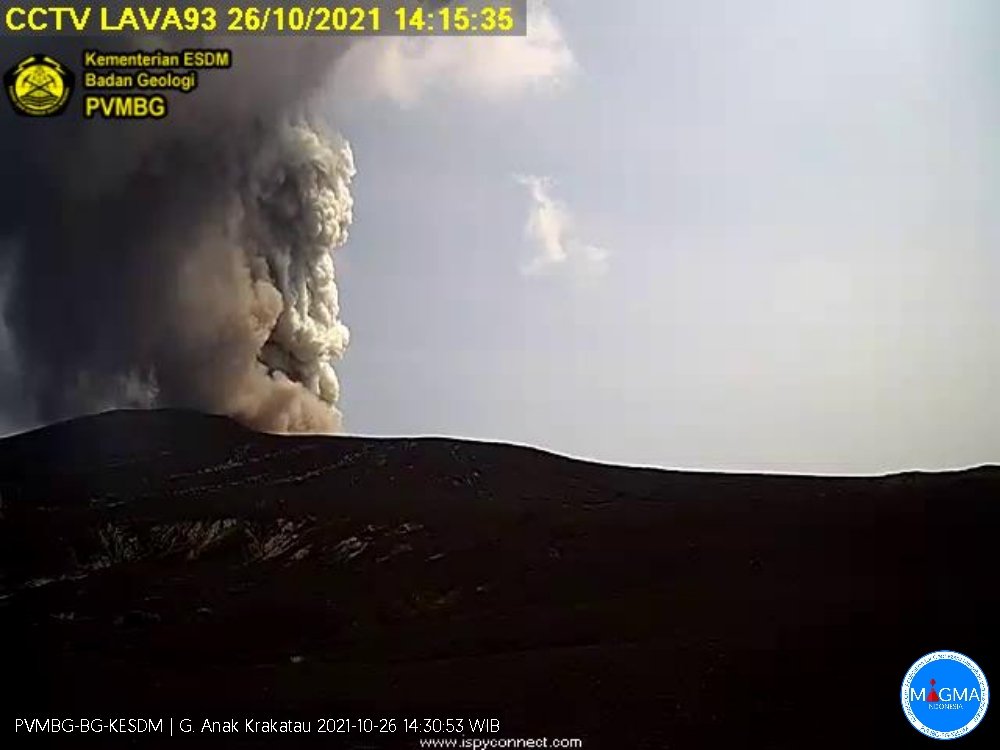 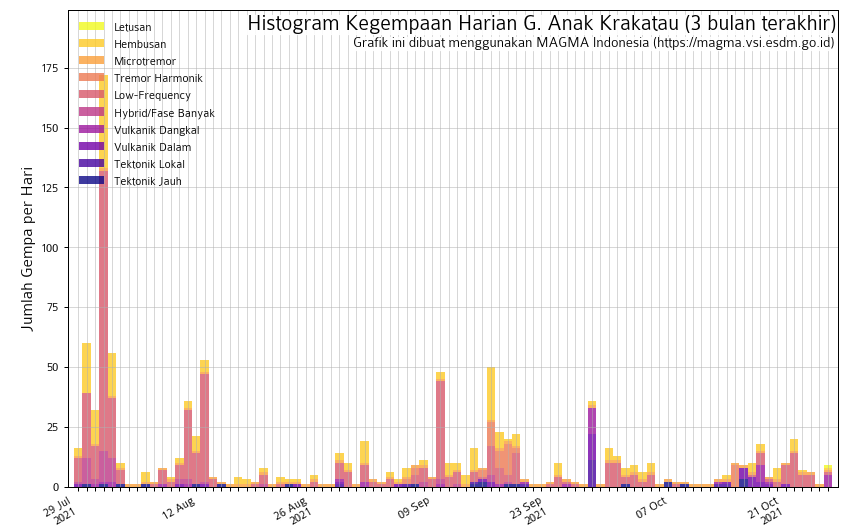 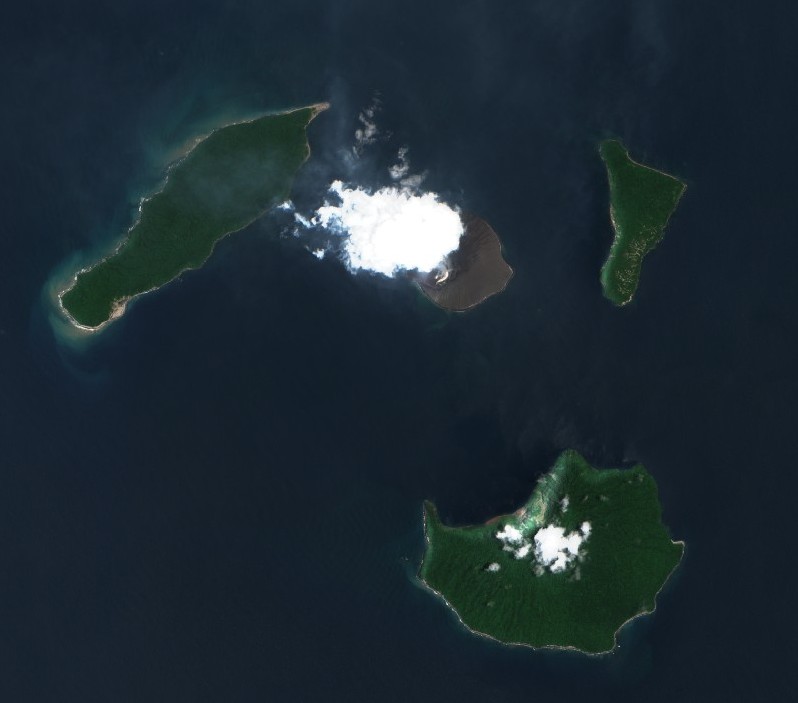