A slow-moving Typhoon "Noru" approached the Japanese mainland on Sunday, August 6, 2017, leaving on its way at least 2 people dead and forcing authorities to issue evacuation advisories for at least 210 000.

During those 13 days, Noru danced with and consumed one typhoon, it lost its strength, gained it again and became the first super typhoon of the year, lost it again and approached southern Japan as Category 1 hurricane equivalent. It then stalled over the Amami island chain, located just south of the southwest main island of Kyushu, on Saturday, August 5 and early Sunday, August 6, dumping very heavy rain, leaving at least one road crumbled and setting off a handful of landslides.

Noru approached southern Japan exactly one month after unprecedented torrential rains and landslides killed 36 people in Fukuoka and Oita prefectures. This region was still recovering from those events while preparing for another deluge.

In hard-hit Asakura, which had the highest death toll from the deluge that began July 5, efforts to find five people who remain unaccounted for have continued amid a heat wave in Fukuoka Prefecture. The city still has evacuation warnings in place for more than 10 000 residents in some 4 000 households in seven districts. About 500 residents are living in shelters, according to The Japan Times. 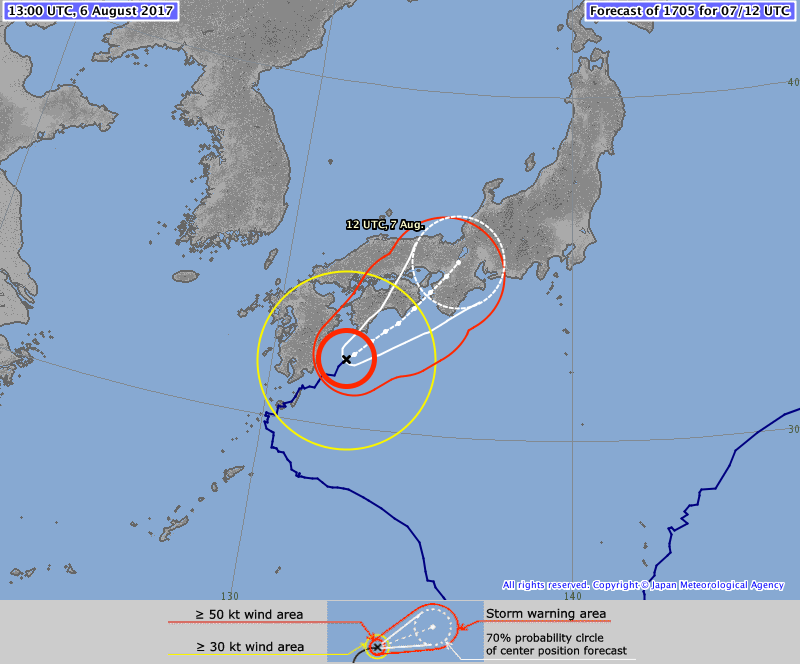 Although the typhoon is now weakening, it's still dropping heavy rain and remains a concern for the island of Honshu who will bear heaviest of the rains over the next couple of days. Rainfall of up to 600 mm (23.6 inches) was forecast for Kagoshima Prefecture, including some southern islands, and up to 400 mm (15.7 inches) for Miyazaki Prefecture by Monday morning, local time.