The Rabaul Volcanic Observatory has raised the volcanic eruption alert level for Manam volcano to three, informing Disaster Office officials ni Madang to immediately evacuate the population of the island.

The volcano began belching smoke and flames around 09:00 UTC (19:00 local time) Sunday night, April 16, 2017, forcing locals to take refuge. Locals said the fire was coming out of both craters, the one between Bokure village and Kaulang village, and the one between Dugulava and Warisi villages.

According to The National, Madang disaster and emergency office acting director Rudolf Mongallee said an officer from the national disaster office visited the island on Saturday, April 22 and recommended to authorities to start moving people off the island as soon as possible.

Ward councilor for Dugulava village Paul Maburau said they had begun moving women and children to the Potsdam Care Centre in Bogia. He said there was more rumbling and blasts on Sunday night and more ashes spewed from the volcano.

“Lava and more smoke are still coming out so we are moving all women and children off the island,” he said. 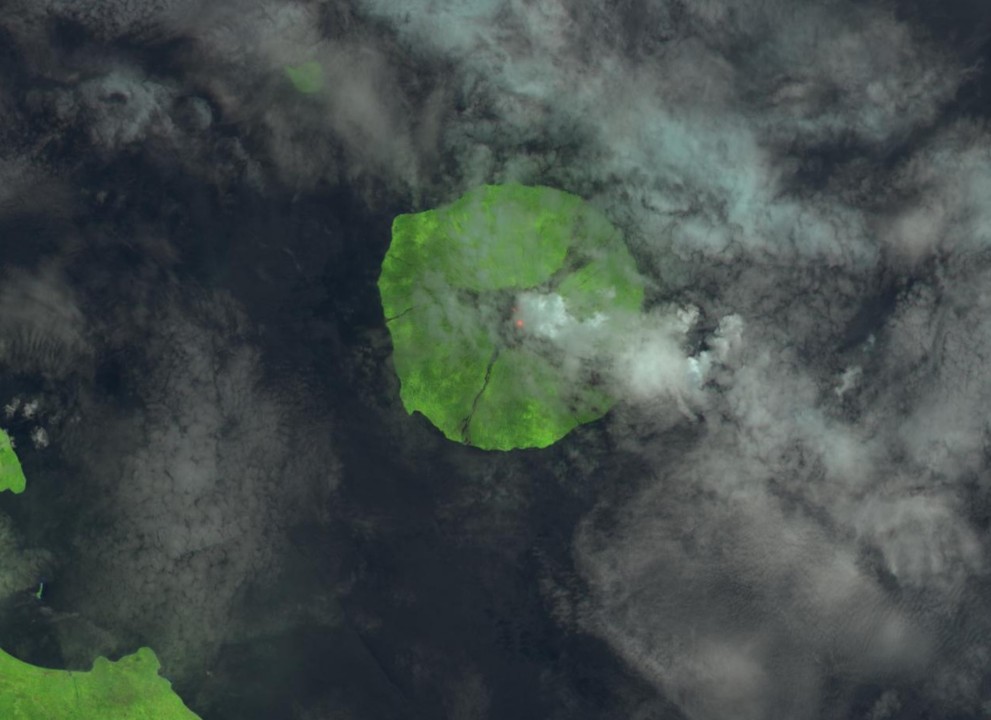 The 10-km-wide island of Manam, lying 13 km off the northern coast of mainland Papua New Guinea, is one of the country's most active volcanoes. Four large radial valleys extend from the unvegetated summit of the conical 1807-m-high basaltic-andesitic stratovolcano to its lower flanks. These "avalanche valleys" channel lava flows and pyroclastic avalanches that have sometimes reached the coast. Five small satellitic centers are located near the island's shoreline on the northern, southern, and western sides.

Two summit craters are present; both are active, although most historical eruptions have originated from the southern crater, concentrating eruptive products during much of the past century into the SE valley. Frequent historical eruptions, typically of mild-to-moderate scale, have been recorded since 1616. Occasional larger eruptions have produced pyroclastic flows and lava flows that reached flat-lying coastal areas and entered the sea, sometimes impacting populated areas. (GVP)