Tropical Cyclone "Dineo" formed near Bassas da India atol in the Mozambique Channel, Southern Indian Ocean on February 13, 2017. This the fifth tropical cyclone of the 2016/17 Southern hemisphere cyclone season. Dineo is expected to rapidly intensify over the next 36 hours and make landfall over Inhambane, southern Mozambique during the early UTC hours of February 16.

At the time, its intensity was assessed at 74 km/h (46 mph) based on surface observations from Europa Island and Advanced SCATterometer image. 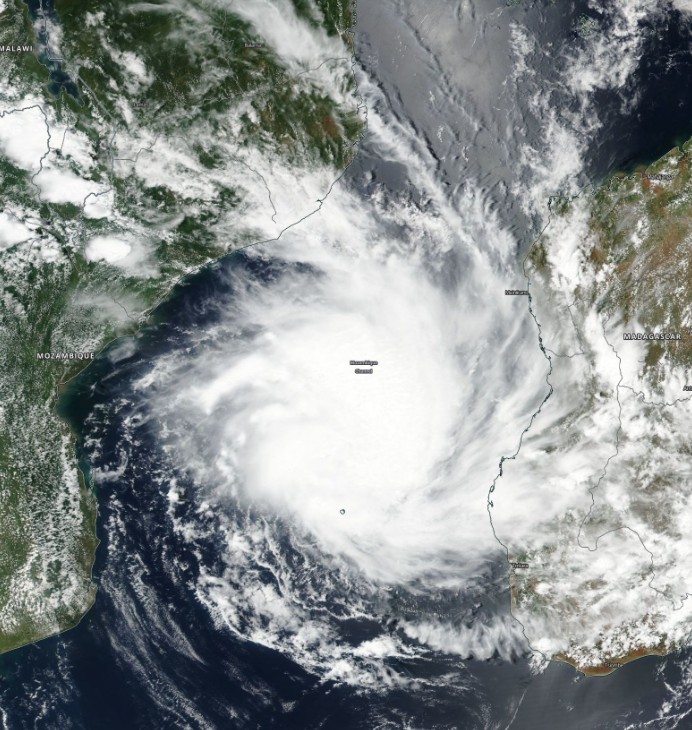 After 36 hours, around 03:00 UTC on February 15, Dineo will turn westward to west-northwestward.

Its current forecast track indicates landfall along the east coast of Mozambique around 03:00 UTC on February 16 and dissipation over land during the UTC afternoon of February 18. 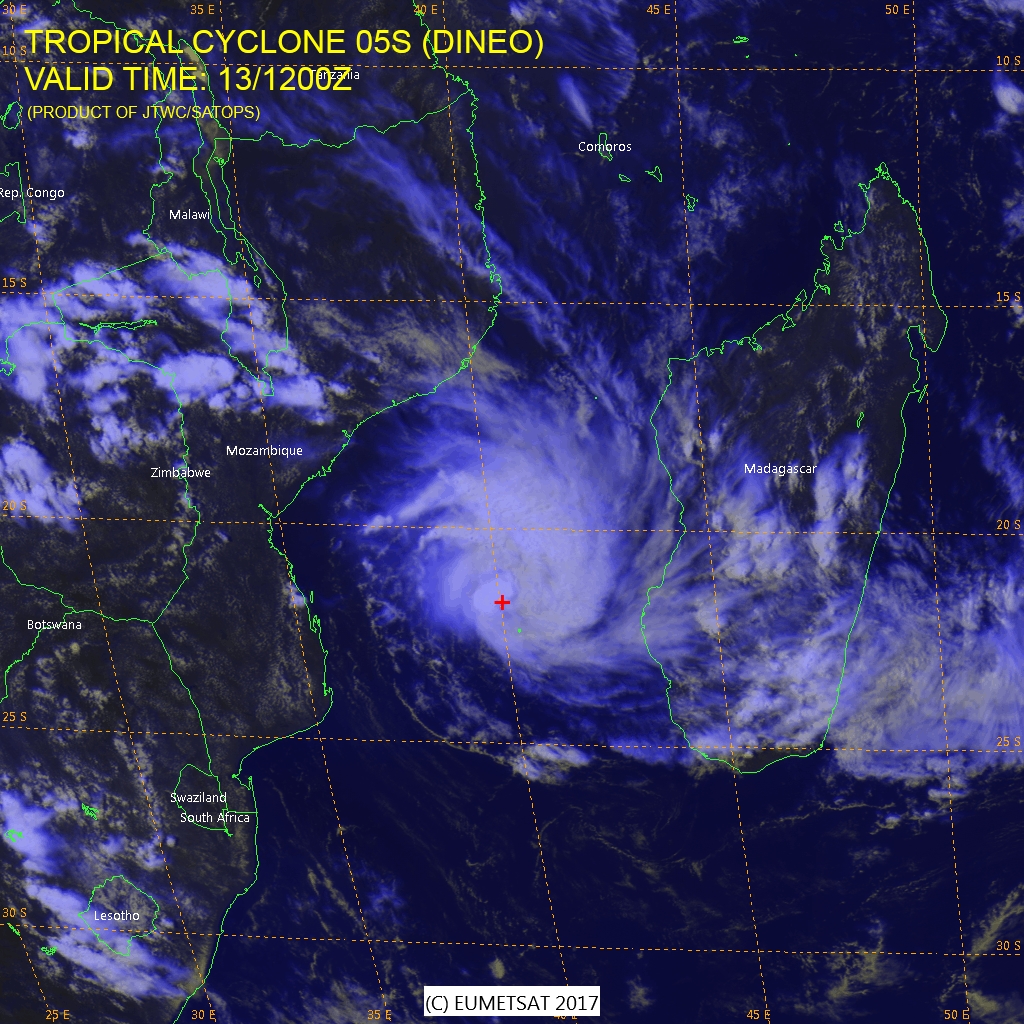 There is still uncertainty in the exact location of this potential landfall, with accuracy around 400 km (250 miles), RSMC La Reunion said at 18:00 UTC today.

"A strong and continuous intensification is expected until its possible landfall," they concluded. 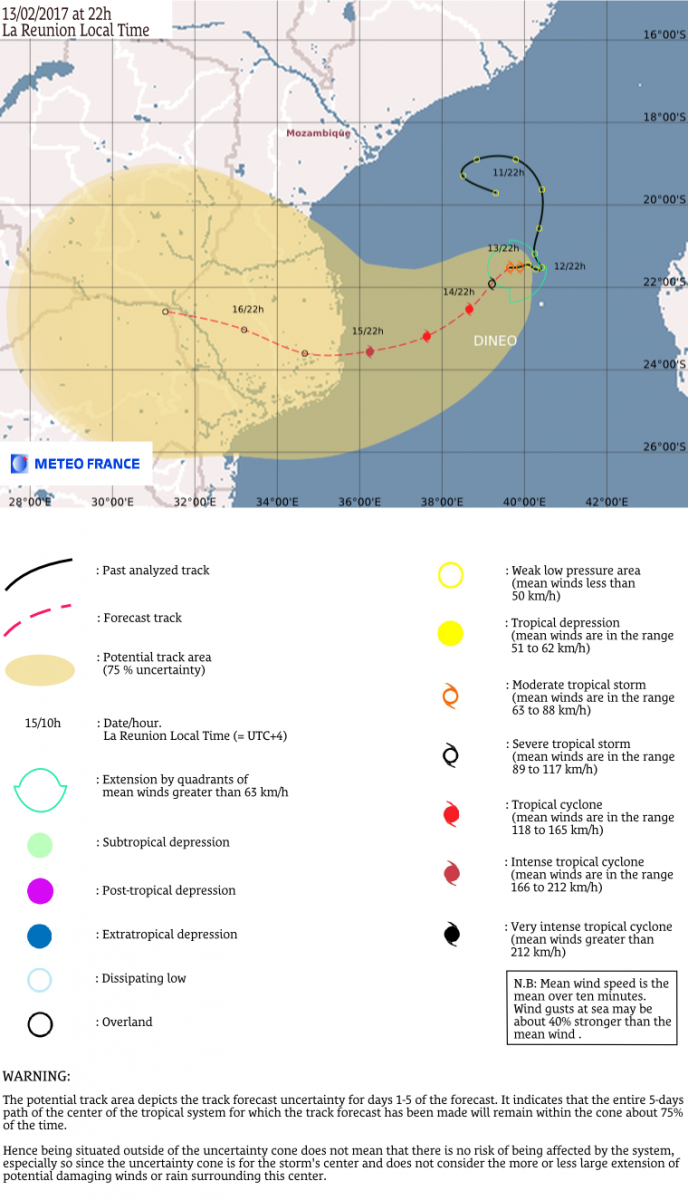 Dineo hits Mozambique, leaves a trail of destruction and 4 dead