A significant explosive eruption began at Bogoslof volcano at about 16:24 UTC on February 13, 2017. The eruption is indicated in seismic data, the Alaska Volcano Observatory said.

Although at this time there has been no lightning detected, nor satellite images received to confirm eruptive activity, the intensity of seismicity strongly suggests that significant ash emissions have occurred.

Thus, AVO is raising the Aviation Color Code to Red and Alert level to Warning, they said at 16:54 UTC today.

Nearly all of this new material consists of unconsolidated pyroclastic fall and flow (surge) deposits that are highly susceptible to wave erosion and thus additional changes in the configuration of the island are likely. 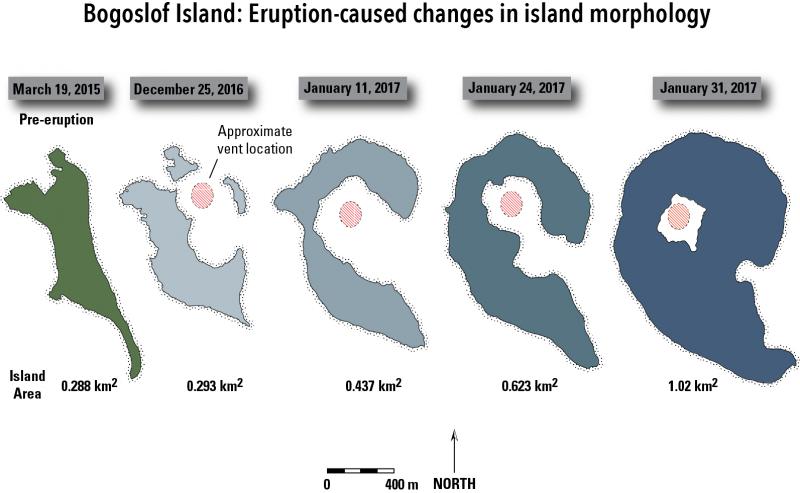 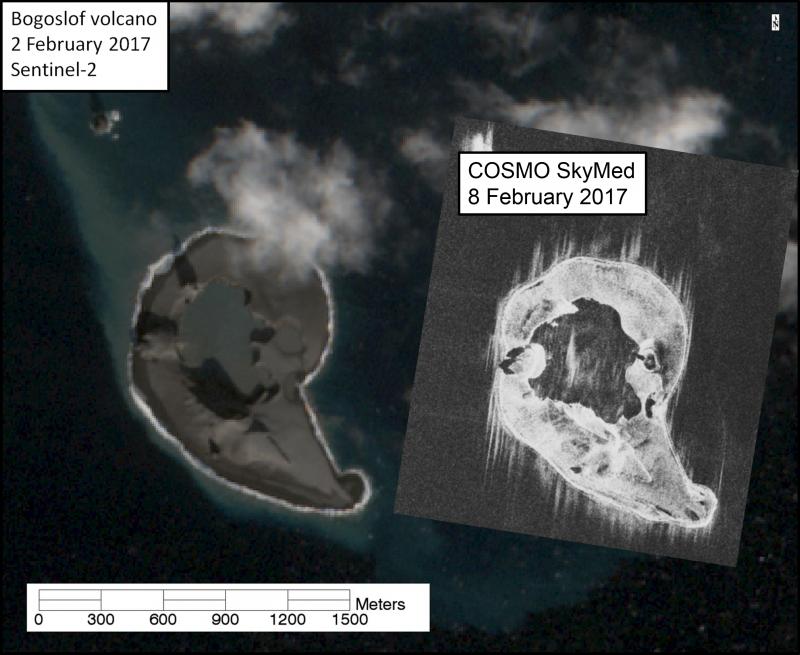 On the right, a COSMO SkyMed Synthetic Aperture Radar (SAR) satellite image from 8 February showing that the vent location at Bogoslof is still underwater. A Sentinel-2 visible image from 2 February is shown on the left for reference. Please note that SAR images have significant geometric distortion, so a direct comparison between features is not straightforward. Credit: Dave Schneider, AVO/USGS 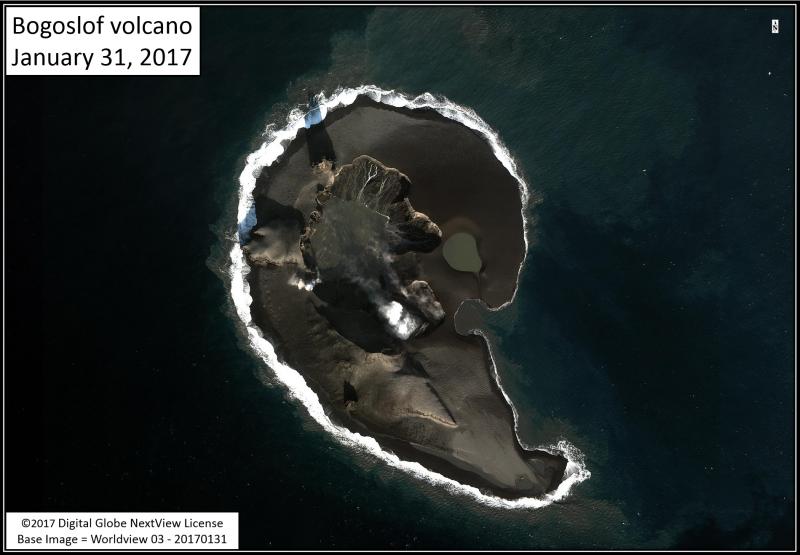 Satellite image of Bogoslof volcano collected on January 31, 2017 showing the significant changes at Bogoslof Island following the eruption during the night of January 30 to 31. Freshly erupted volcanic rock and ash have formed a barrier that separates the vent from the sea. This is the first time this has been observed since the eruptive sequence began in mid-December 2016. The vent is below sea level, and erosion of the ash deposits by wave or eruptive processes would allow sea water to flow into the vent again. Credit: Dave Schneider, AVO/USGS

Satellite data through 18:30 UTC showed no volcanic cloud visible about the weather cloud tops of about 3 km (10 000 feet) above sea level. There were also no lightning strokes detected during this morning's activity.

"We therefore conclude that, despite the intensity of seismic activity, a significant volcanic cloud was not produced during this event and are thus lowering the Aviation Color Code to ORANGE and the Alert Level to WATCH," AVO said.

Ash emissions to lower altitudes, as well as other eruptive activity, likely did occur during this morning's event, and conditions at the volcano remain unstable. Additional explosive activity could occur at any time, with little or no advance warning, they concluded.

Bogoslof volcano remains at a heightened state of unrest and in an unpredictable condition. Additional explosions producing high-altitude volcanic clouds could occur at any time. Some previous explosions have been preceded by an increase in earthquake activity that allowed for short-term forecasts of imminent significant explosive activity.