Alert Level 3 means that the Lopevi volcanic activity is in minor eruption stage, the Vanuatu Meteorology and Geohazards Department reported.

At this Alert Level, the volcanic activity could increase or decrease at any time. The area of risk is around the Lopevi Island but volcanic gas and ashes can also affect surrounding islands that are exposed to trade winds.

The department has issued an advice to all communities, villages, visitors and travel agencies to seriously consider this information.

"We will closely monitor the activity and provide more information when necessary," it said today.

The eruption began around 20:00 UTC on January 12, the Wellington VAAC reported. According to the last pilot reports, received 01:00 UTC today, the volcanic plume was reaching 3 km (10 000 feet) above sea level. 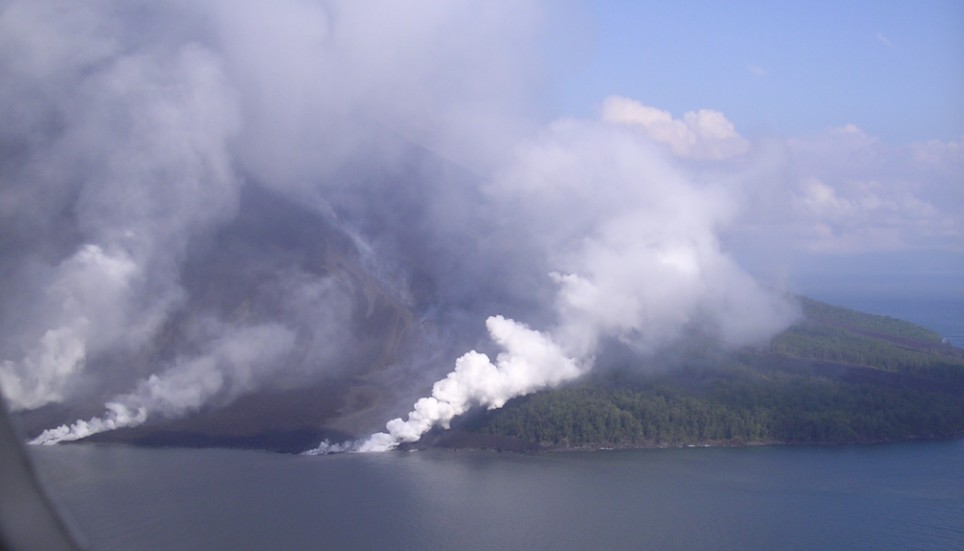 The eruption of Lopevi volcano in April 2007. Credit: Elaine and Andy

Following the eruptive activity in April and May 2007, Lopevi remained quiet through May 2015 except for the sighting of a gray plume on February 24, 2008 and a dramatic increase in activity in December 2014 when the Alert Level was raised to 1 and access to the island prohibited. No thermal anomalies, based on MODIS satellites data, have bene observed since the 2007 eruption, according to the latest Bulletin of the Global Volcanism Network for Lopevi, issued May 2015.

The small 7-km-wide conical island of Lopevi, known locally as Vanei Vollohulu, is one of Vanuatu's most active volcanoes.

A small summit crater containing a cinder cone is breached to the NW and tops an older cone that is rimmed by the remnant of a larger crater. The basaltic-to-andesitic volcano has been active during historical time at both summit and flank vents, primarily along a NW-SE-trending fissure that cuts across the island, producing moderate explosive eruptions and lava flows that reached the coast.

Historical eruptions at the 1413-m-high volcano date back to the mid-19th century. The island was evacuated following major eruptions in 1939 and 1960. The latter eruption, from a NW-flank fissure vent, produced a pyroclastic flow that swept to the sea and a lava flow that formed a new peninsula on the western coast.