The Alaska Volcano Observatory (AVO) reports another explosion took place at Bogoslov volcano today. The volcanic ash cloud may have reached as high as 10 km (33 000 feet) above sea level.

The eruption took place at 06:18 UTC on January 4, 2017, but there are no indication of ongoing eruptive activity at this time.

Today's event was short-lived, lasting about 5 minutes, but was detected in seismic, infrasound and lightning data, and formed a volcanic cloud that was visible in satellite images. Winds from the south are carrying the cloud northward over the Bering Sea.

Additional explosive events at Bogoslof may occur without warning. Due to the unpredictability of the situation, the Aviation Color Code remains Red and the Volcano Alert Level Warning.

Meanwhile, other Alaska volcanoes show no signs of significant unrest. 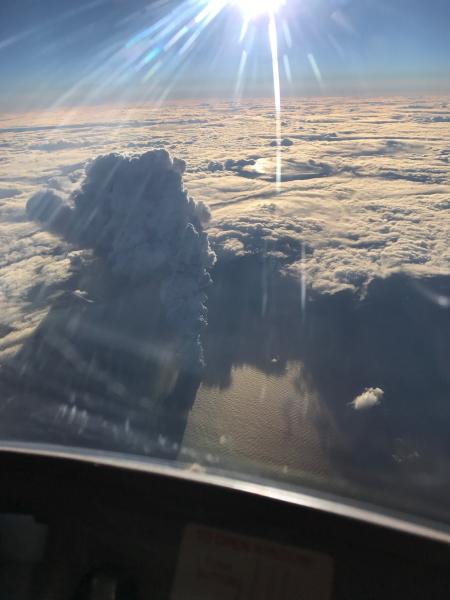 AVO reminds it has no ground-based volcano monitoring equipment on Bogoslof volcano. It continues to monitor satellite images, data from distant seismic and infrasound instruments, and information from the Worldwide Lightning Location Network for indications of significant activity.