After 3 days of exceptionally heavy rain, severe weather warnings have again been issued for northwestern Italy as more heavy rainstorms are expected to affect the region today and tomorrow. Liguria and Piedmont are at highest risk. Schools and other public institutions across northern Italy are closed. There are already reports of severe flooding, landslides and sinkholes. 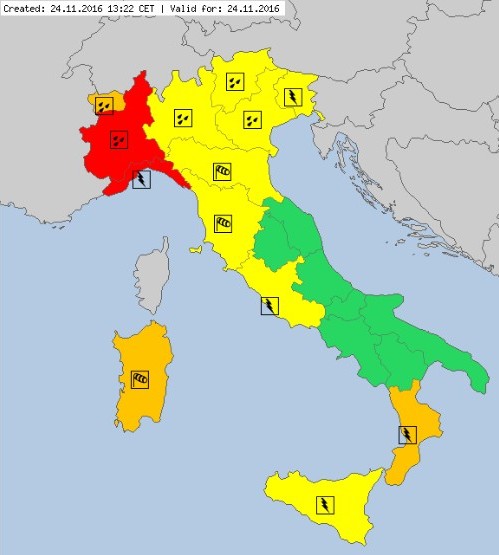 Meteoalarm's red warning, the highest, means that exceptionally intense meteorological phenomena have been forecast. Major damage and accidents are likely, in many cases with a threat to life.

Residents of affected regions are advised to keep frequently informed about detailed expected meteorological conditions and risks, follow orders and any advice given by authorities under all circumstances, and be prepared for extraordinary measures. 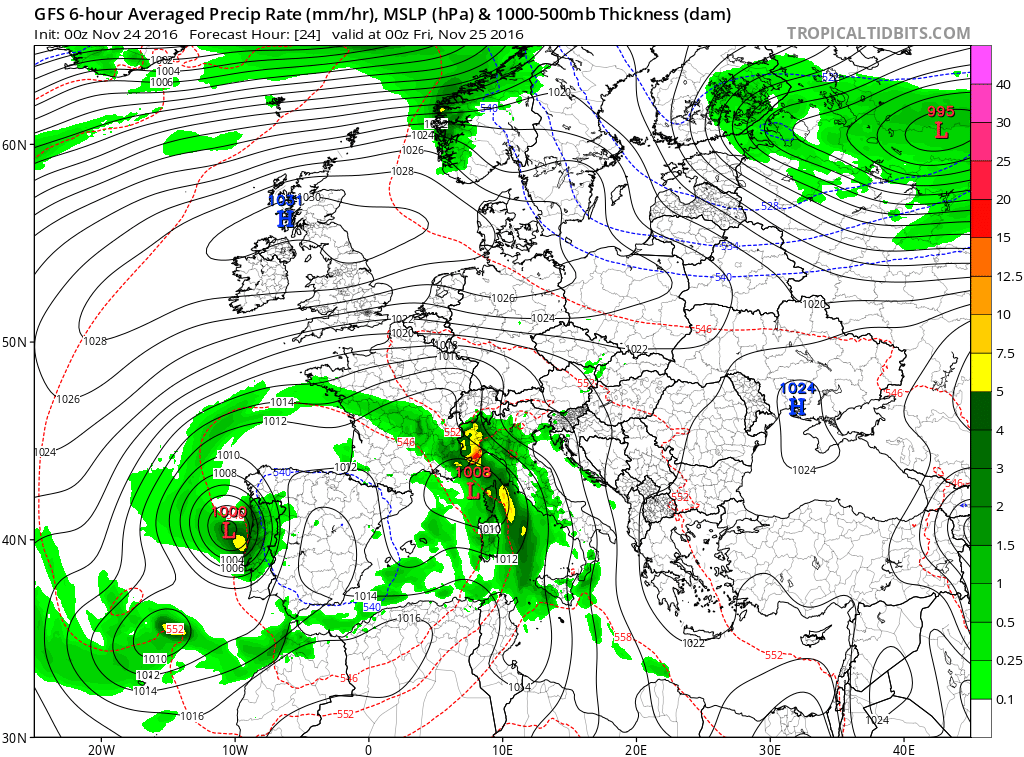 Northwestern Italy was already under exceptionally heavy rain for the past three days, with many rivers exceeding warning thresholds.

The Tanaro, Pellice, Stura di Lanzo and Chisone rivers in Piedmont have all surpassed the warning threshold, while the Strona, Sesia, Elvo, Cervo and Orco rivers in the north of the region are currently below the danger level.

In the province of Cuneo (Piedmont), several waves and torrential rain have caused River Tanaro to burst its banks today. The mayor of Garessio, near Cuneo, said that he fears the town is facing a repeat of the devastating floods it suffered in 1994.

"We are afraid," Mayor Sergio Di Steffano told ANSA via telephone. "The level of River Tanaro has risen above Garessio's central bridge, splitting the town in two. We have closed all the bridges, factories and schools. The bars and shops in the center are flooded. The State highway from Ceva is closed due to landslides. We are effectively isolated. There are no reports of people in incidents but the situation is bad".

A large sinkhole has opened in the center of Ormea, Cuneo, swallowing a car.