The city of Dahanu in Maharashtra, a state spanning west-central India, received a record-breaking rain on September 21, 2016, shattering city's 58-year record by a long way.

According to the IMD, the reason for this week's vigorous rain was weather systems active over both the Arabian Sea and the Bay of Bengal.

The Times of India said the downpour hit normal life in Dahanu as houses, roads and railway tracks got flooded and power and phone lines snapped. Schools and colleges declared a holiday. Power was restored by Wednesday evening. 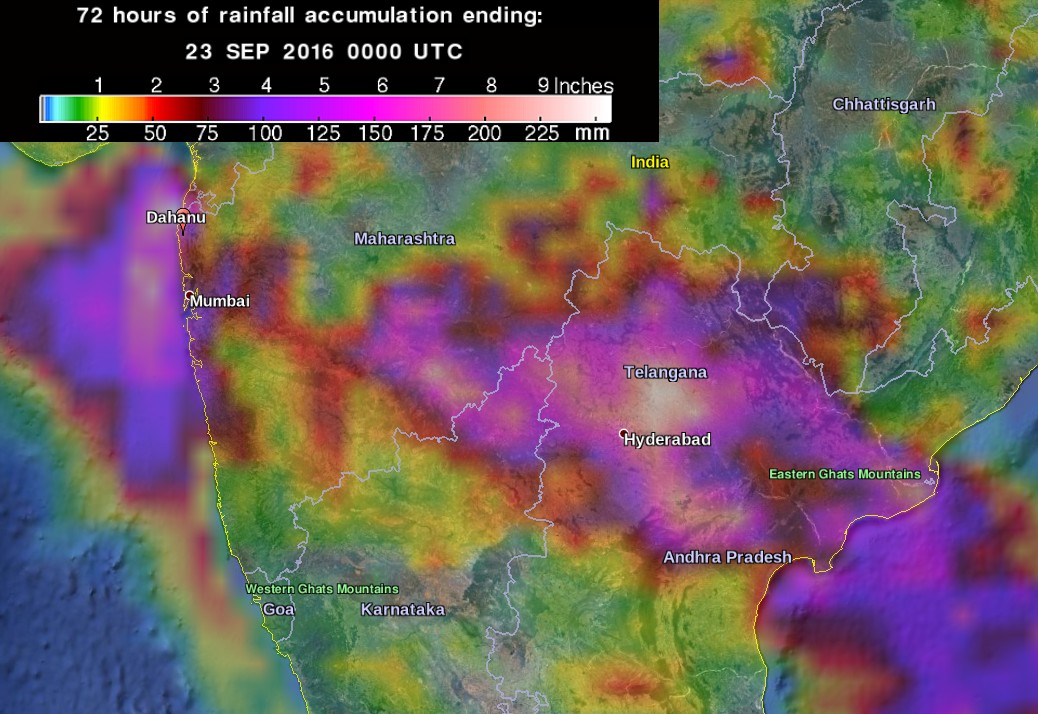 IMD's deputy director-general for country's western region, K.S. Hosalikar said that the overall monsoon this year has been good in Maharashtra. "There is also another low pressure area forming over the coast of Andhra and moving in the northwest direction. This is expected to give good rains to areas of Vidarbha and Marathwada. The monsoon current is extremely active with there being over five weather systems active over the entire country."

On Tuesday, September 20, India's youngest state – Telangana – broke its 16-year rainfall record when its capital Hyderabad received 167 mm (6.57 inches) of rain in a 24-hour period. Rains started around 22:00 local time and increased around midnight. Within just two hours, the city was flooded and roads turned into rivers. Heavy rains also caused lakes to breach and flood Quthbullapur and surrounding areas.