​Super Typhoon "Meranti" is now approaching Taiwan with maximum sustained winds of 296 km/h (184 mph) and gusts to 352 km/h (218 mph). Meranti is a very dangerous storm and a heavy rain maker expected to pass with its eye just south of the southern tip of Taiwan after 00:00 UTC on September 14, 2016. Batanes and Babuyan groups of islands will take the brunt of the storm as the center passes right over some of them. Meranti is the strongest typhoon in the NW Pacific Ocean since Haiyan in 2013.

Animated multispectral satellite imagery shows the system has maintained a symmetric ultra-deep convective signature and a sharply-outlined eye that has expanded to 15 nautical miles in diameter (28 km / 17 miles).

Meranti is expected to continue tracking generally WNW throughout its lifespan under the influence of subtropical ridge.

Increasing vertical wind shear and land interaction, as it brushes the southern coast of Taiwan, will gradually weaken the system. 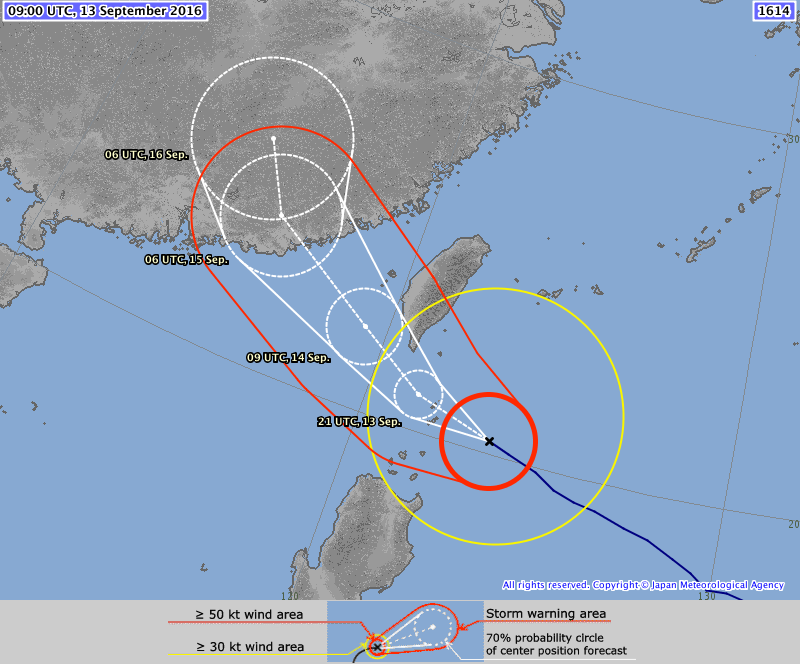 Super Typhoon "Meranti" will slightly weaken before its eye reaches the southern tip of Taiwan but will remain a very dangerous storm and pound Taiwan with flooding rain, damaging winds and dangerous storm surge before aiming for southeastern China.

Significant rainfall of 250 to 500 mm (10 to 20 inches) will be possible with locally higher amounts of up to 750 mm (30 inches) in the mountains. This will lead to significant flash flooding and mudslides. 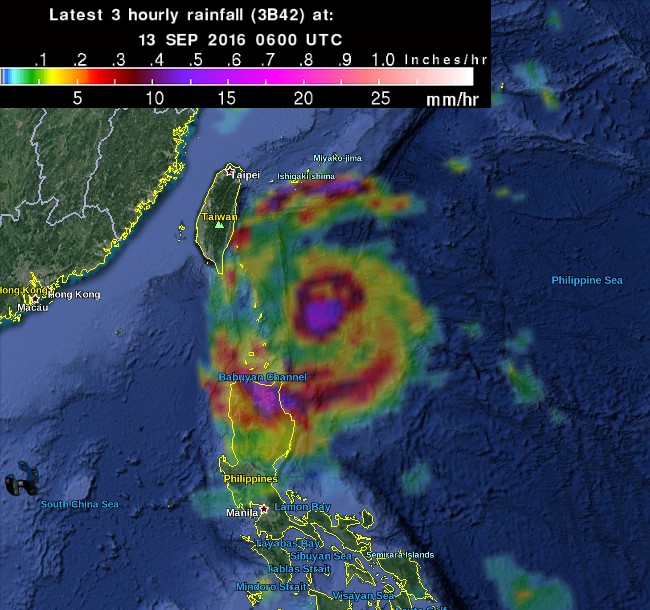 In the Philippines, this system is known as Ferdie and the PAGASA has warned residents in Northern Luzon to take precautionary measures against impacts of very strong winds and heavy rainfall.

Estimated rainfall amount is from moderate to heavy within the 600 km diameter (372 miles) of the typhoon.

Batanes and Babuyan groups of islands will take the brunt of the storm as the center passes right over some of them. Ocean wave height at open sea is expected up to 14 m (46 feet). Storm surge up to 2 m (6.5 feet) is possible at coastal areas.

The Batanes Group of Islands is under Tropical Cyclone Warning Signal (TCWS) 4:

The Babuyan Group of Islands is under TCWS 3: 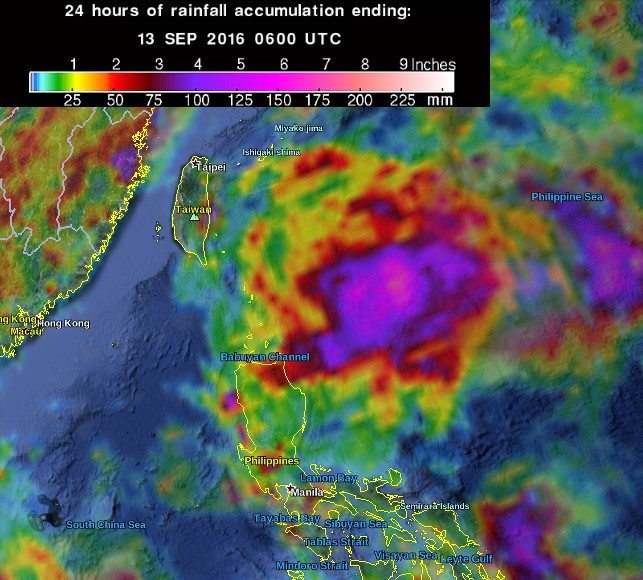