A spell of severe weather, accompanied by strong winds and high waves has been affecting Sumatra, Java, and Bali islands, Indonesia over the last ten days. Floods and landslides have reportedly damaged to more than 5 900 homes and prompted over 800 people to evacuate, as of June 13, 2016.

In the period between June 5 and 9, a combination of heavy rainfalls and high tide caused widespread flooding across 12 provinces in Sumatra, Java, Bali, and Nusa Tenggara. Intense flooding was reported in Pekalonang, in the Central Java Province. According to the National Disaster Management Authority (BNPB), 5 937 houses were immersed in flood waters, and 891 people were forced to evacuate. 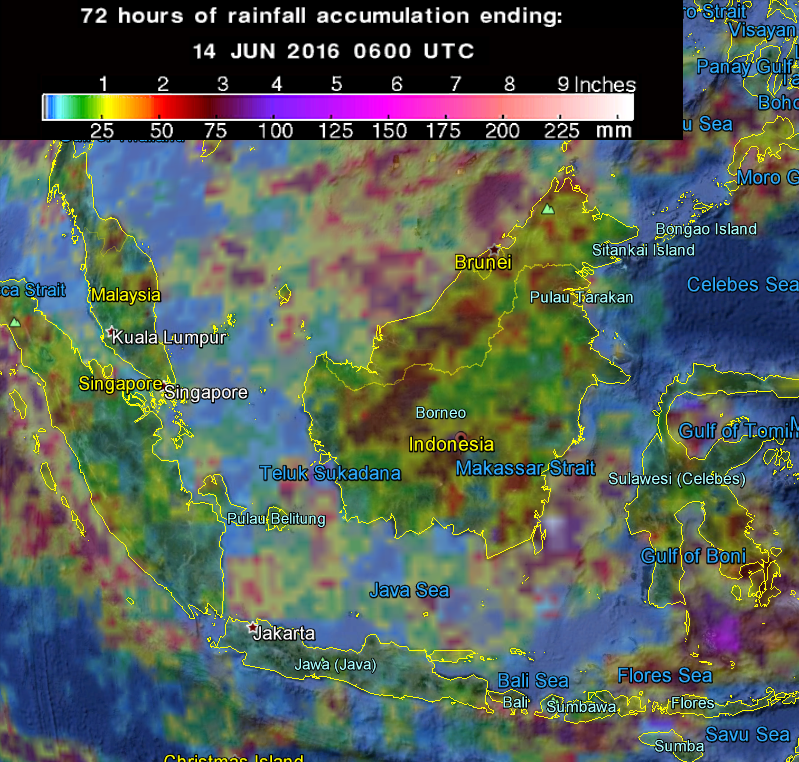 At least 5 900 houses and temporary stalls were damaged, and over 30 000 households were flooded, as of June 13, according to the UN's Office for the Coordination of Humanitarian Affairs (OCHA). More than 600 people were evacuated in Pekalongan and Banjamegar city only.  According to media reports, several houses and properties in Belawan city on Sumatra island and in Yogyakarta on Java island were damaged, as well.

Regions of Lumajang in East Java Province suffered coastal flooding and 300 people were evacuated. A landslide was reported in Banjarnegara in the Central Java Province, causing damage to 14 houses and 54 people to evacuate.