A low pressure system situated over the Gulf of Genoa affects the weather of central and southern Italy, Sicily, western and northwestern Balkans, Meteo Europe reports. The weather system has wreaked havoc across the areas in the period of October 14 and 15, bringing severe thunderstorms, heavy rainfalls and strong winds. 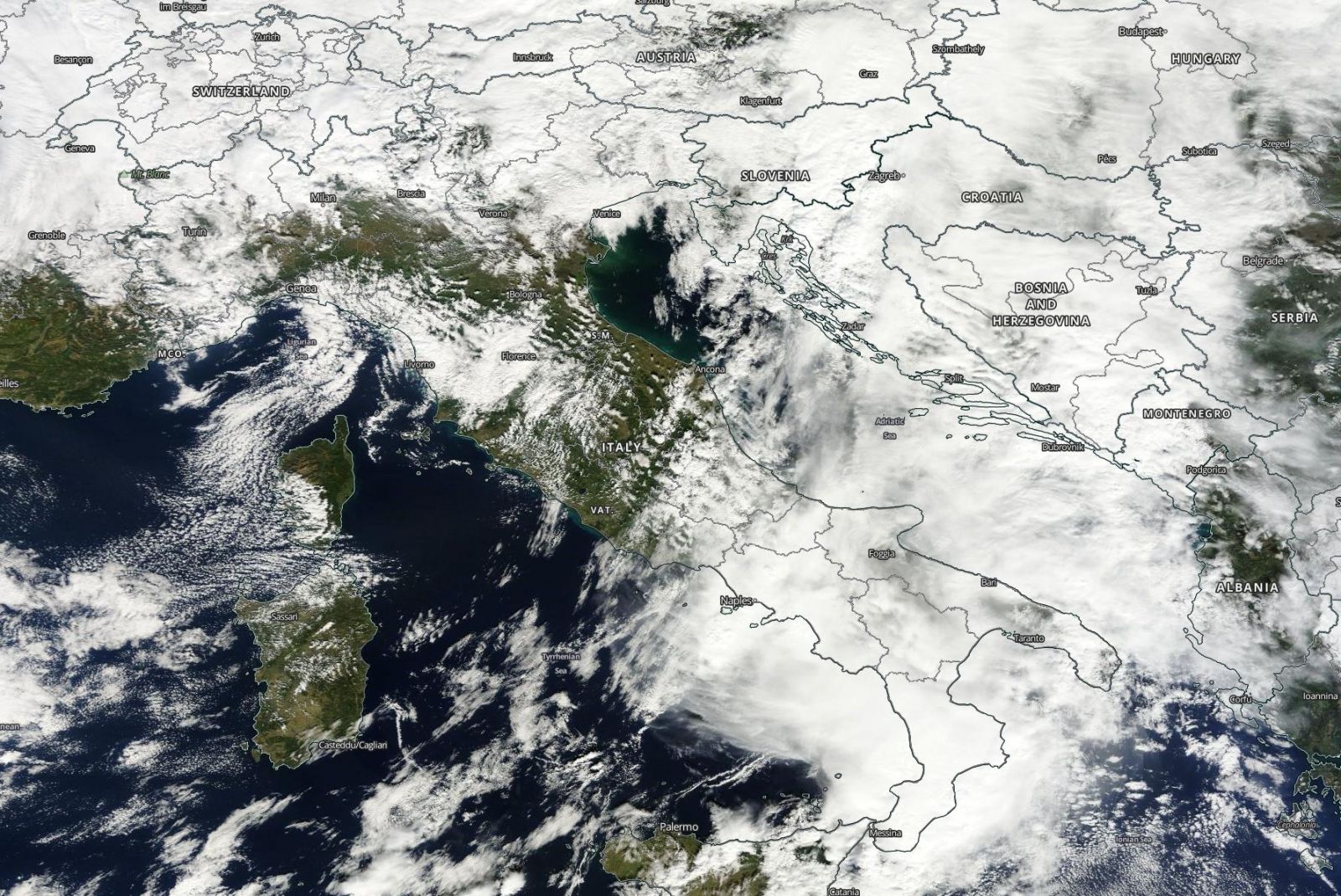 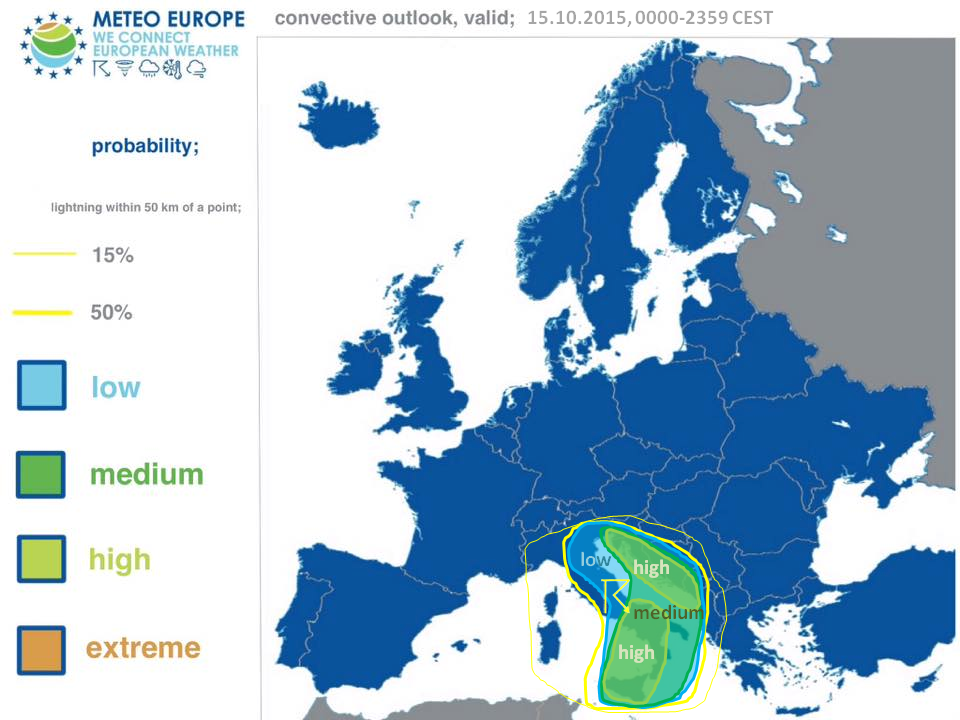 Severe weather particularly affected Sicily, which was hit by one of the most intense storms in the last couple of months. Floods have swept the provinces of Messina and Trapani, while Agrigento and Palermo were hit the hardest, as over 100 mm (4 inches) of precipitation fell in only a few hours, on October 14. 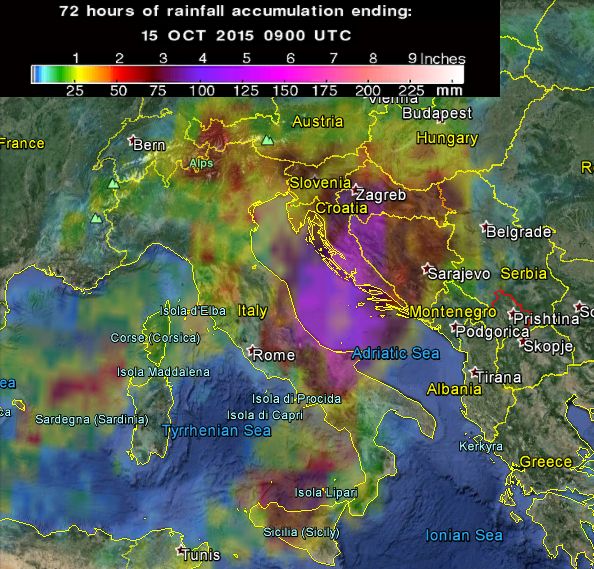 At the same time, approximately 75 mm (3 inches) of rainfall was observed in Pisa, Tuscany and 135 mm (5 inches) in Venice in Veneto region. The streets and roads of Campania and Puglia have also been hit by severe floods. It has been estimated that over 150 mm (6 inches) of rainfall fell in a few hours in water-inundated town of Benevento.

Due to river overflow and landslides in central Italy, authorities reported at least 4 deaths, as of October 15, while about 50 people were evacuated in the Canistro municipality in the province of Aquila. Several homes were immersed in flooding waters near Rome, as the Aniene river's water rose.

Heavy rains caused floods in northern Bosnia and Herzegovina, as about 85 mm (3 inches) of rainfall was observed in a 24 h period over October 14 and 15 in Bihac and 120 mm (5 inches) in Mostar. 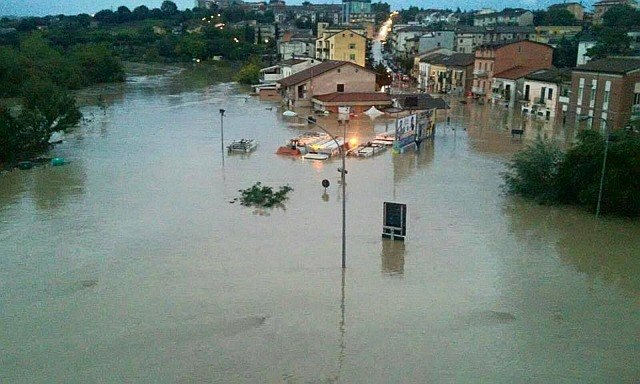 20 houses were inundated in the village of Knezica in Kozarska Dubica municipality, as of October 20, according to media reports.

Lashing downpours have affected several areas of Croatia over the last 24 hours, as well. Floods were reported in Sibenik-Knin county in southern Croatia, with a number of buildings and roads affected by severe weather, as of October 15. 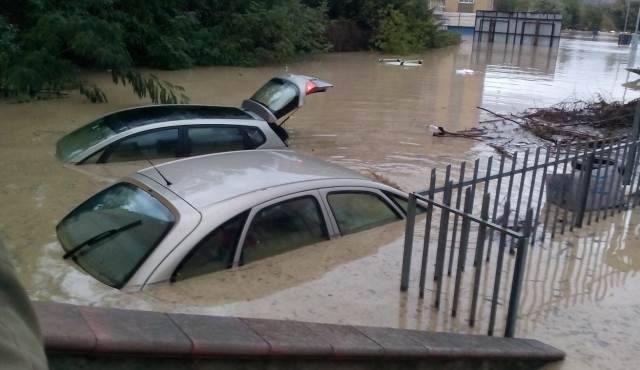 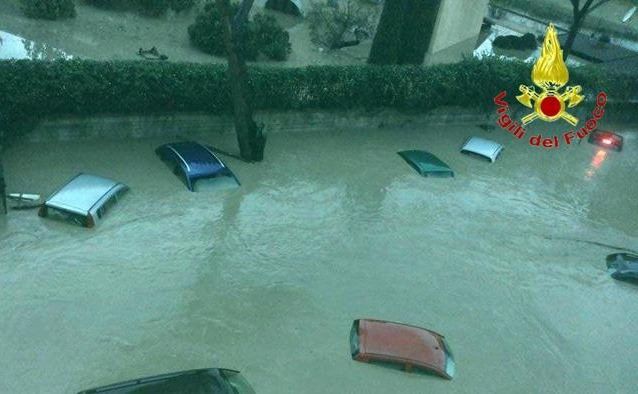 As of October 15, a high level risk warning was issued for parts of southern Italy, Sicily and part of western and northwestern Balkans (Croatia, Montenegro, Bosnia-Herzegovina and Slovenia), mainly for excessive precipitation and extensive flooding, Meteo Europe reports

Development of supercells is possible and waterspouts and tornadoes are likely, while hailstorms are could affect parts of southern Italy and Sicily. A squall line with embedded supercell moving from northwest to southeast toward SW Italy and Sicily is also possible.

Over the next 24 h, more thunderstorms, heavy rains and winds is expected to affected most of Italy, including the central and southern regions, especially Sicily, already affected by floods.

Over 50 mm (2 inches) of additional rainfall accumulations are expected in Cilento, Basilicata and Calabria, while the amount of precipitation may rise to 70 mm (3 inches) in Silento, according to Italian meteorologists.

Northern, western and southern Bosnia and Herzegovina and most of Croatia apart from the northeastern region are expected to affected by severe weather over the next 24 hours, as well.