Choi-wan formed as a tropical depression on October 2 then intensified into a tropical storm by October 5. The system continued to strengthen and developed into a typhoon on October 6, then started to weaken down and merge with a mid-latitude trough, according to Joint Typhoon Warning Center (JTWC). This interaction has generated a very intense extra-tropical low pressure system with an extensive area of associated low-level winds exceeding gale force, as of October 7.

The system is expected to approach Kuril islands on October 8 with maximum sustained winds of about 80 km/h (50 mph).

Severe winds of typhoon strength have been reported in parts of Hokkaido on October 8. A funnel cloud was reported to from over waters off the coast of Okinawa. 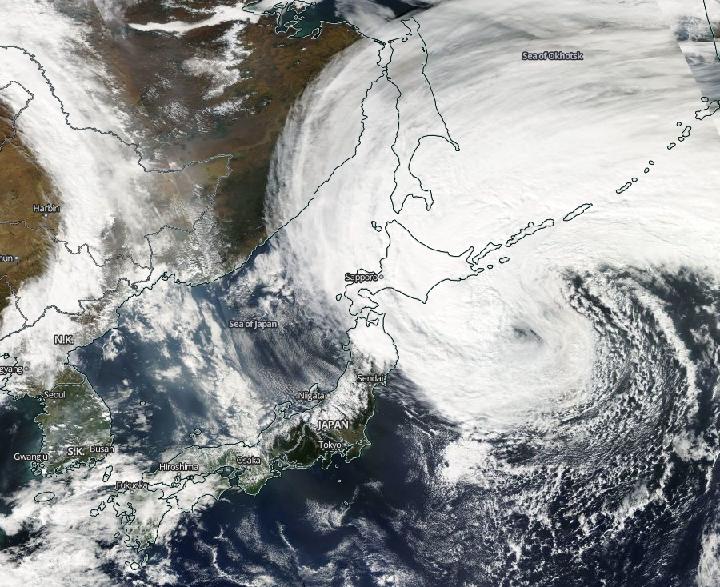 The extra-tropical low is expected to pass over the northeast area of the island on the evening of October 8 packing winds up to 162 km/h (100.7 mph) with a central pressure estimated to reach below 950 hPa, WestPacWx reports.

The worst hit area will be most likely be Nemuro, as high tide and strong winds could trigger a coastal flood across the area. Mountain regions expect between 10 and 20 cm (3.9  to 7.9 inches) of snow, as of October 8. 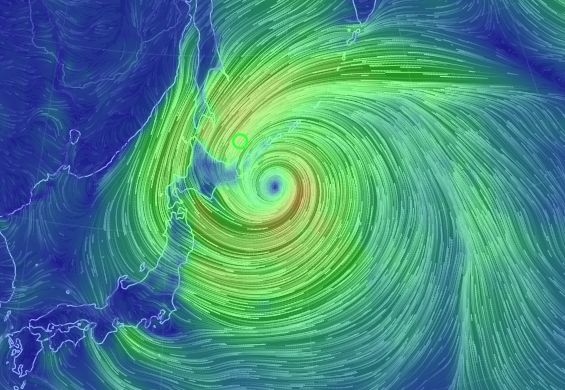 A red warning was put in effect for severe winds and heavy rainfall in Sakhalin Oblast in Russia, as of October 8, the Hydrometeorological Centre of Russia reports.