Heavy rainfall was battering Sierra Leona over the last couple of weeks, saturating the grounds with abundant precipitation and causing deadly floods. At least 9 people have died so far while thousands have been rendered homeless, media reported on September 17, 2015.

Strong floods overflew parts of Freetown, the capital of Sierra Leone, on September 16. The flood waters, up to 1 meter (3 feet) deep at some places, have devastated several residential settlements around the capital. 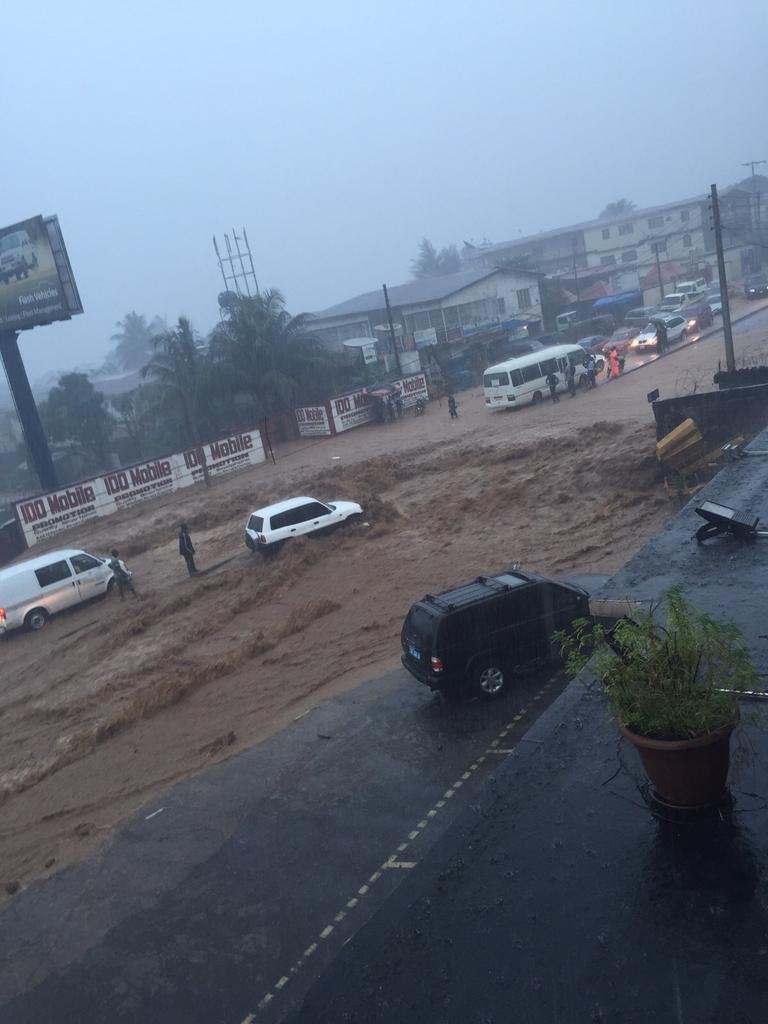 Kroo Bay is one of the worst affected areas, as it has been completely inundated by the flood waters, Floodlist reports.

Thousands of people have lost their homes, a number of people have sustained injuries and 9 people died, as of September 17. The Siaka Stevens stadium, Attouga stadium and the open field at ferry junction have been prepared as emergency settlements for those affected by the raging flood waters. 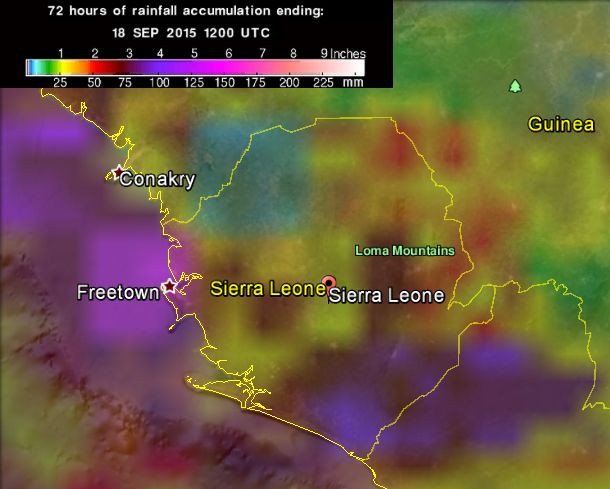 In response to an emergency situation, local police and military have been assigned to maintain order and engage in rescue and recovery efforts across the affected areas. Health and sanitary workers have been send to assist to those requiring medical treatment.

People living on hill tops and foreshores have been prompted to move out to safer areas.

Heavy rainfall is forecast to continue in the country during the next few days, and a risk of further flooding remains high.