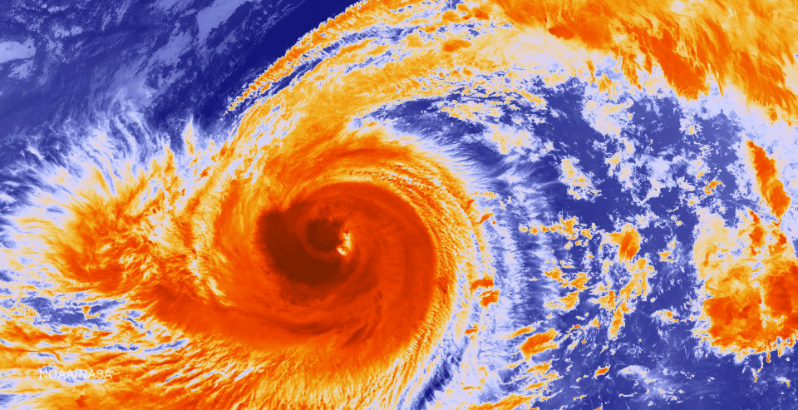 Typhoon Phanfone rapidly intensified on October 2, with its strength increasing from a Category 1 hurricane to a Category 4 hurricane in 12 hours. On October 4, 2014 JMA reports maximum wind gusts of 250 km/h which means that Phanfone reached super typhoon status (maximum sustained winds of at least 240 km/h). The system continues to track northwestward before taking a turn to the northeast and threatening mainland Japan with powerful winds and heavy rains.

Extremely dangerous seas will build over the ocean south of Japan with an inundating storm surge threatening the southern Honshu coast. 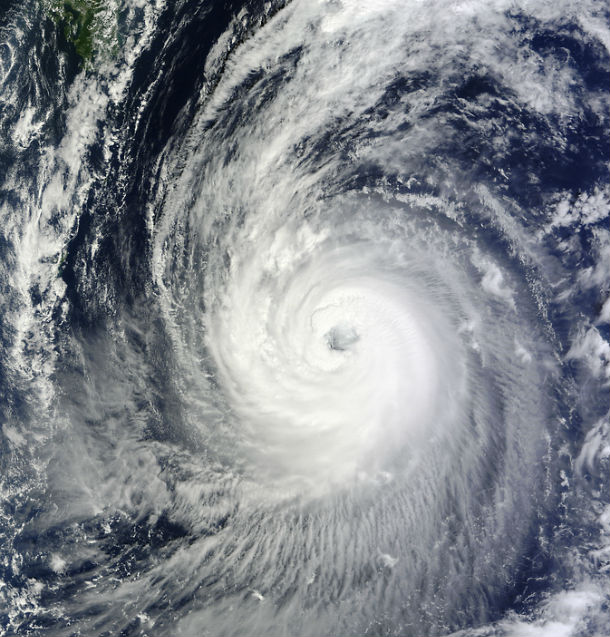 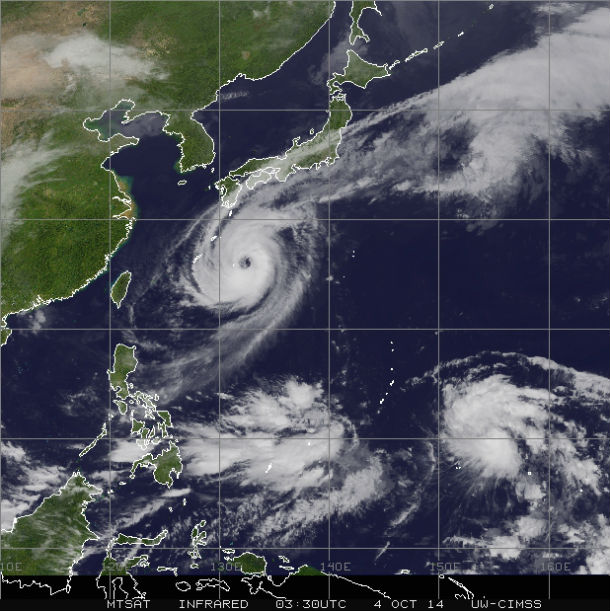 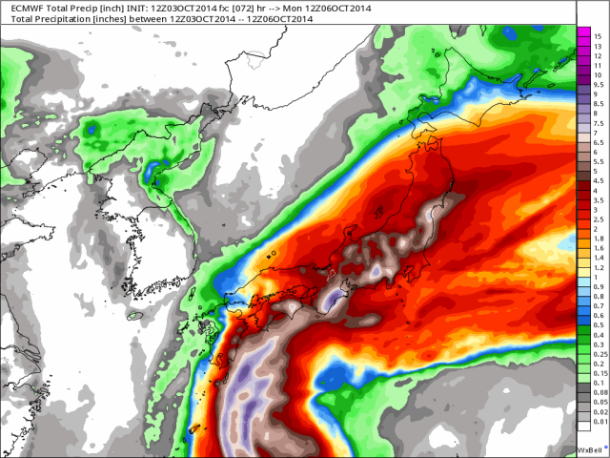 The current projected path of Phanfone takes the typhoon over far southeastern Honshu late on October 5 into October 6, 2014. After that, Phanfone will lose its tropical characteristics as it tracks rapidly northeast across the northern Pacific Ocean. JMA expects winds gusting up to 185 km/h for coastal Kanagawa while the JTWC expects 130 km/h by early October 6, 2014. 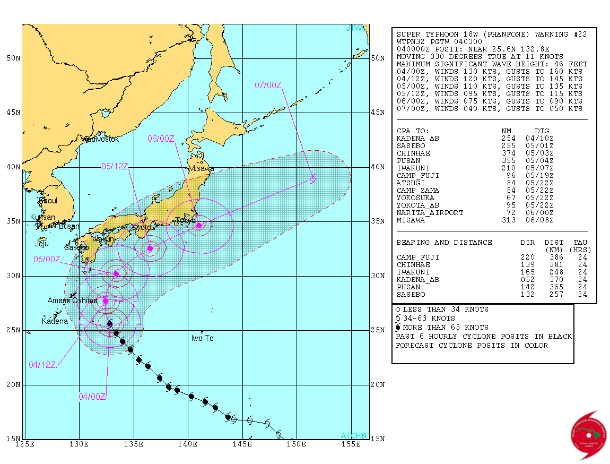 Developing Tropical Storm Vongfong to the east of Guam is also expected to make landfall in Japan by October 6, 2014. 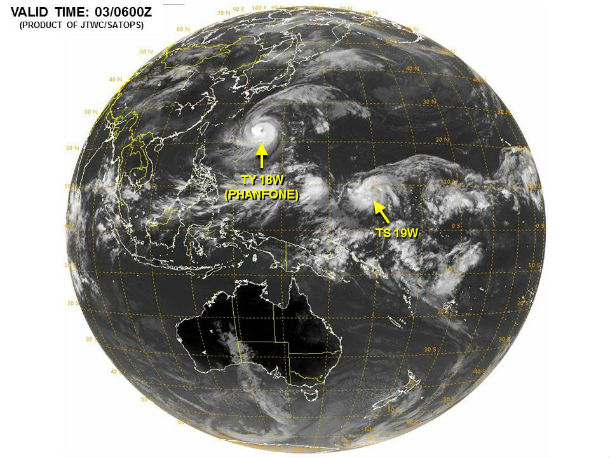