At 09:00 UTC today the center of Tropical Storm "Odile" was located about 40 km WNW of Santa Rosalia, Mexico, bringing strong winds and heavy rains to the central portions of the Baja California peninsula. Its heavy rains are likely to result in life-threatening flash floods and mud slides.

The center of Odile will continue to move over or near the east coast of the Baja California peninsula through today and move over the northern Gulf of California tonight and into northern mainland Mexico on Wednesday.

Weakening is forecast during the next 48 hours and Odile is likely to become a tropical depression early Wednesday.

However, Odile is still a large storm. Tropical storm force winds extend outward up to 240 km (150 miles) from the center. The estimated minimum central pressure is 992 mb.

NHC noted that wind speeds atop and on the windward sides of hills and mountains are often up to 30 percent stronger than indicated in their 09:00 UTC advisory and in some elevated locations can be even greater.

A storm surge could still produce significant coastal flooding in areas of onshore winds.  Near the coast, the surge will be accompanied by large and damaging waves.

Odile is expected to produce rainfall amounts of 15 – 30 cm (6 to 12 inches) with isolated maximum totals of around 45 cm (18 inches) across much of the Baja California peninsula and over coastal portions of the Mexican state of Sonora during the next several days.

NHC warns these rains are likely to result in life-threatening flash floods and mud slides. Abundant moisture ahead of odile will increase heavy rains and the threat for flash flooding for the Southwestern United States over the next several days.

Swells from Odile will affect portions of the southwestern coast of Mexico during the next couple of days and are affecting portions of the Baja California peninsula and the Gulf of California. These swells will likely cause life-threatening surf and rip current conditions. 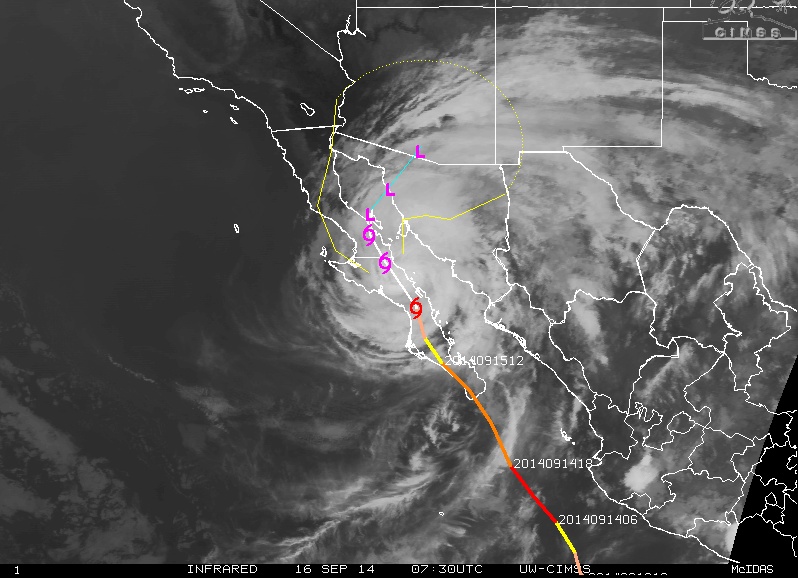 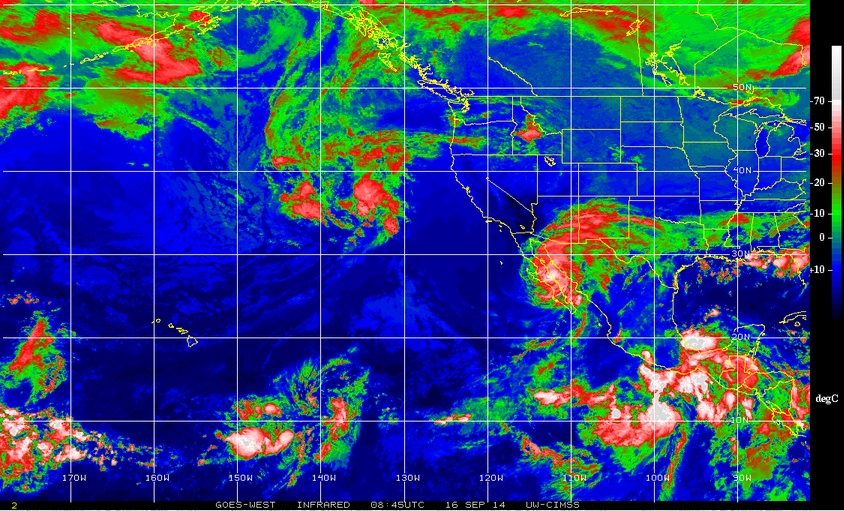