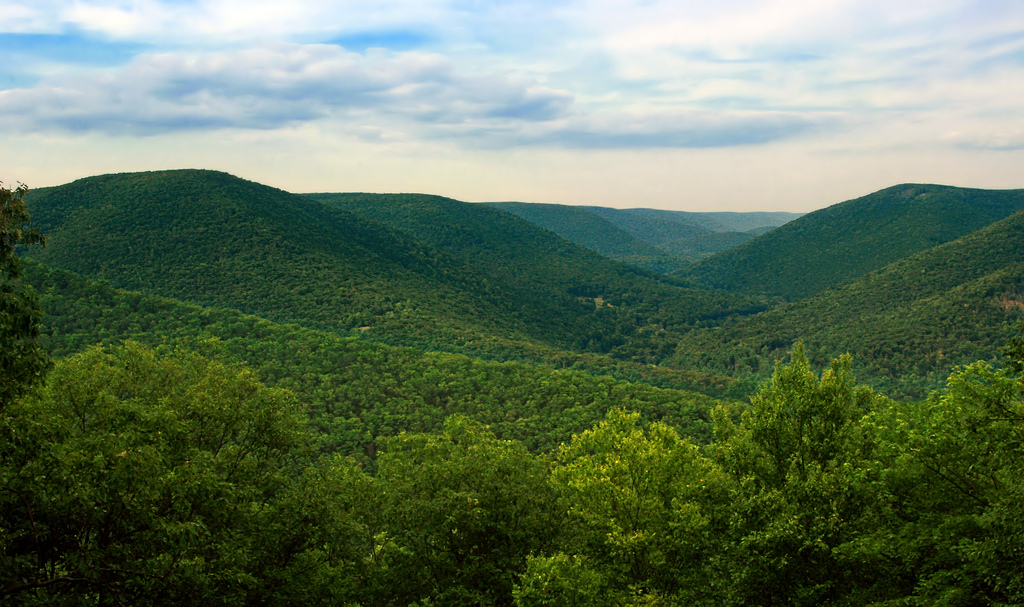 UK researchers have identified a biological mechanism that could explain how the Earth’s atmospheric carbon dioxide and climate were stabilised over the past 24 million years. When CO2 levels became too low for plants to grow properly, forests appear to have kept the climate in check by slowing down the removal of carbon dioxide from the atmosphere. The results are now published in Biogeosciences, an open access journal of the European Geosciences Union (EGU).

“As CO2 concentrations in the atmosphere fall, the Earth loses its greenhouse effect, which can lead to glacial conditions,” explains lead-author Joe Quirk from the University of Sheffield. “Over the last 24 million years, the geologic conditions were such that atmospheric CO2 could have fallen to very low levels – but it did not drop below a minimum concentration of about 180 to 200 parts per million. Why?”

Before fossil fuels, natural processes kept atmospheric carbon dioxide in check. Volcanic eruptions, for example, release CO2, while weathering on the continents removes it from the atmosphere over millions of years. Weathering is the breakdown of minerals within rocks and soils, many of which include silicates. Silicate minerals weather in contact with carbonic acid (rain and atmospheric CO2) in a process that removes carbon dioxide from the atmosphere. Further, the products of these reactions are transported to the oceans in rivers where they ultimately form carbonate rocks like limestone that lock away carbon on the seafloor for millions of years, preventing it from forming carbon dioxide in the atmosphere.

Forests increase weathering rates because trees, and the fungi associated with their roots, break down rocks and minerals in the soil to get nutrients for growth. The Sheffield team found that when the CO2 concentration was low – at about 200 parts per million (ppm) – trees and fungi were far less effective at breaking down silicate minerals, which could have reduced the rate of CO2 removal from the atmosphere.

“We recreated past environmental conditions by growing trees at low, present-day and high levels of CO2 in controlled-environment growth chambers,” says Quirk. “We used high-resolution digital imaging techniques to map the surfaces of mineral grains and assess how they were broken down and weathered by the fungi associated with the roots of the trees.”

As reported in Biogeosciences, the researchers found that low atmospheric CO2 acts as a ‘carbon starvation’ brake. When the concentration of carbon dioxide falls from 1500 ppm to 200 ppm, weathering rates drop by a third, diminishing the capacity of forests to remove CO2 from the atmosphere.

The weathering rates by trees and fungi drop because low CO2 reduces plants’ ability to perform photosynthesis, meaning less carbon-energy is supplied to the roots and their fungi. This, in turn, means there is less nutrient uptake from minerals in the soil, which slows down weathering rates over millions of years.

“The last 24 million years saw significant mountain building in the Andes and Himalayas, which increased the amount of silicate rocks and minerals on the land that could be weathered over time. This increased weathering of silicate rocks in certain parts of the world is likely to have caused global CO2 levels to fall,” Quirk explains. But the concentration of CO2 never fell below 180-200 ppm because trees and fungi broke down minerals at low rates at those concentrations of atmospheric carbon dioxide.

“It is important that we understand the processes that affect and regulate climates of the past and our study makes an important step forward in understanding how Earth’s complex plant life has regulated and modified the climate we know on Earth today,” concludes Quirk.

This research is presented in the paper ‘Weathering by tree root-associating fungi diminishes under simulated Cenozoic atmospheric CO2 decline’ published in the EGU open access journal Biogeosciences on January 23, 2014.