Hearing news about drownings at the Caspian Sea Iranian RTS Lab, led by director Amin Rigi, set out to find a better solution for saving human lives at the sea. Their idea evolved from surface robot that could be operated manually and remotely to fully automated flying rescue machine they named Pars Aerial rescue robot.

After successful tests of the surface rescue robot prototype, the team realized they need to build a robot with much better capabilities. The new robot they had in mind would have to act faster and be far more accurate. This is when the idea to create Pars Aerial rescue robot was born. 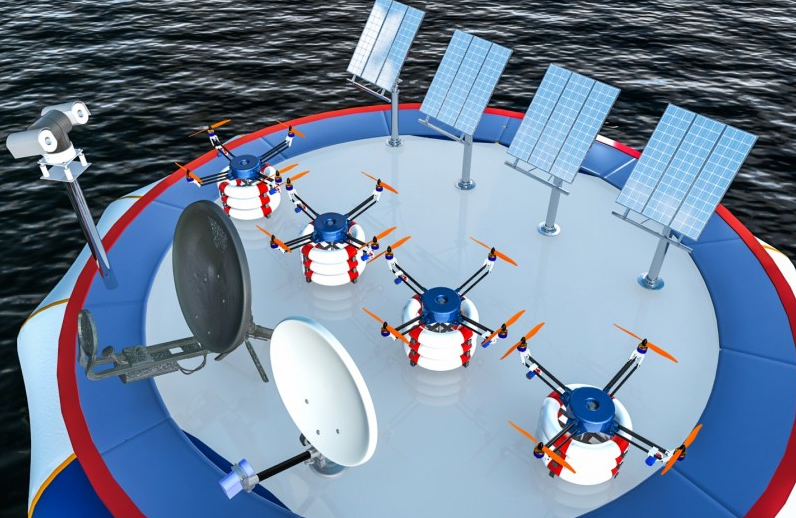 We received first news of Pars Aerial rescue robot from RTS Lab back in April 2013. The idea was still fresh at the time but very promising. Since then, the idea grew to a working prototype and first tests were already conducted.

One of the features of this robot is the ability to save more than one life in a mission, it can also track its path by GPS positioning and at the end of its mission it can come back home without the need of user guidance. 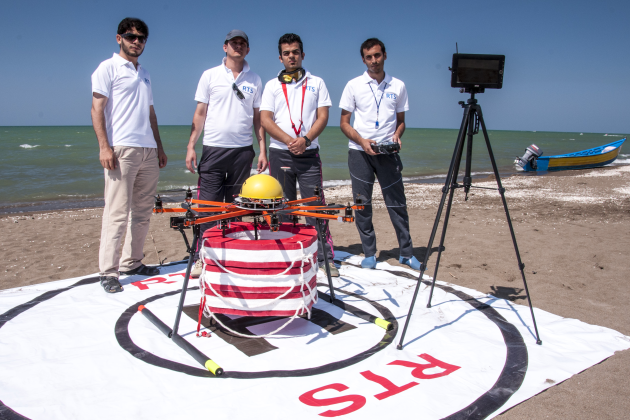 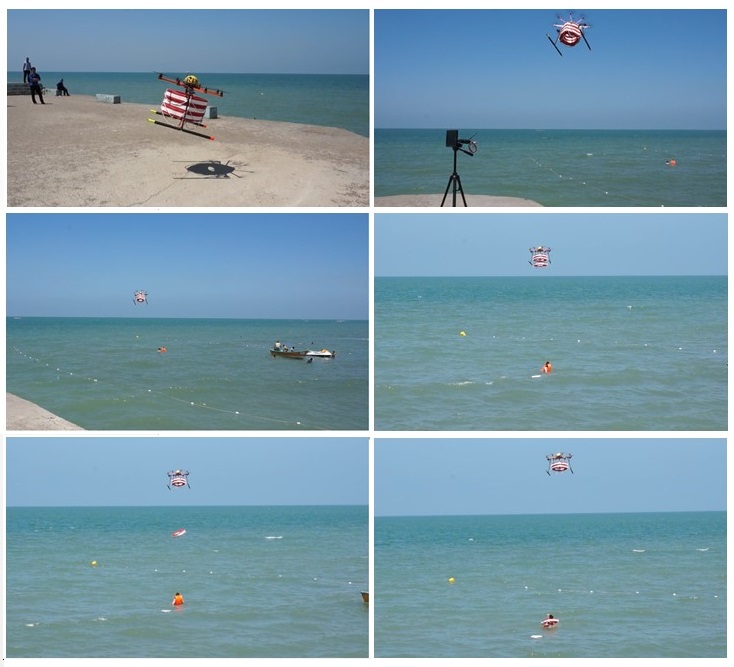 Thirteen tests were taken at the Caspian Sea in a 4 day period (August 11 – 15, 2013) and the following aspects were analyzed:

Pars can fly ten minutes in this design and its maximum speed is 7.5 m/s, thus it can be used in missions with a 4.5 kilometer radius range. Based on the test results and considering the general rescue methods new ideas for developing Pars were achieved that will be revealed after careful scrutiny.

The final test compared the performance between the robot and a human lifeguard. The goal of this test was to rescue a drowning person 75 meters away from coastline. As a result, robot done its mission in about 22 seconds while the lifeguard did the same in 91 seconds.

They also took another test at night. In this test, LED Lighting is used to help user have a better sight to find the robot and life tube position.

The team is considering many designs for the robots future applications. For example:

It’s noteworthy to mention that this robot is designed for the first time and that it can make a huge revolution in robot applications for saving human lives.

After they make final corrections and finish the design, the team hopes it will prepare the robot for introduction to international markets. At the moment, their main problem is financial support and they are looking forward to negotiate about sponsorship and investment.

Pars Aerial rescue robot can be used in ships and off shore reliefs. It can also be used in other applications such as monitoring marine and off shore structures, recording films and pictures from dangerous path ways for rescue missions, precise positioning…