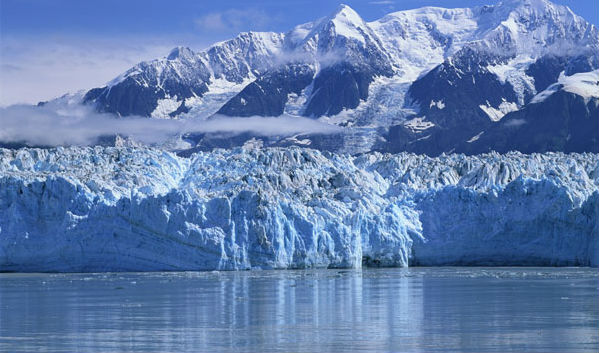 Alaska has been experiencing a widespread cooling pattern for at least a decade. In the first decade since 2000, the state has cooled an average of -16.4°C (2.4 degrees Fahrenheit). Parts of Western Alaska saw temperatures drop a significant 4.5 °C for the decade. On the other side, has in fact warmed at twice the global average in the past 100 years, in line with trends noted throughout polar regions.

Scientists from Alaska Climate Research Center, Geophysical Institute, University of Alaska analyzed the temperature change of the first decade of the 21st century for Alaska, both for annual and seasonal values, and found that results from 19 of the 20 stations showed a cooling trend. The mean cooling of the average of all stations was 1.3°C for the decade, a large value for a decade. 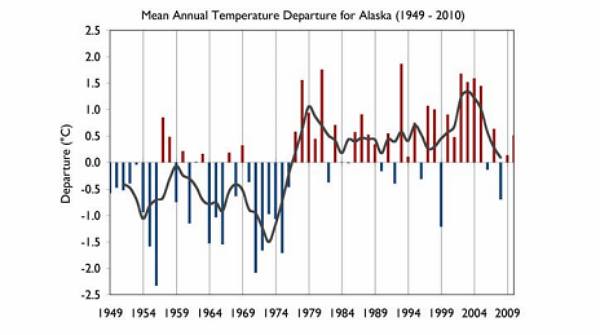 The area of warmer-than-average sea surface temperatures in the central Pacific are surrounded by below average temperatures near the North American continent.

Researchers said the cooling was likely caused by an ocean phenomenon known as the Pacific Decadal Oscillation that moved the expansive area of below average water temperatures closer to Alaska. The Pacific Decadal Oscillation is a pattern of Pacific climate variability similar to El Niño-Southern Oscillation (ENSO) in character, but which varies over a much longer time scale. It can remain in the same phase for 20 to 30 years, while ENSO cycles typically only last 6 to 18 months. This phases can have significant implications for global climate, affecting Pacific and Atlantic hurricane activity, droughts and flooding around the Pacific basin, the productivity of marine ecosystems, and global land temperature patterns. 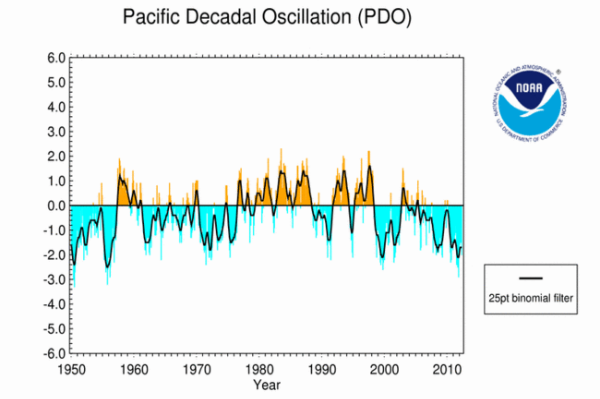 It is unknown how long the cooling trend might last. The long-term observed warming of Alaska of about twice the global value, as expected by the increasing CO2 and other trace gases, is sometimes temporarily modified or even reversed by natural decadal variations. The 1920’s were warm, and starting in the mid-1940’s a cold period occurred lasting some 3 decades, after which it become warm again

"The First Decade of the New Century: A Cooling Trend for Most of Alaska", The Open Atmospheric Science Journal, 2012.