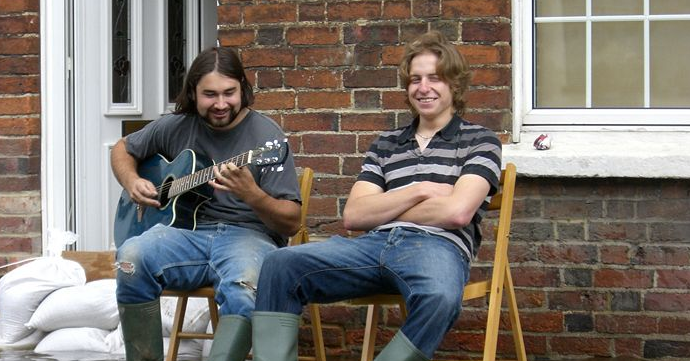 In an article named “UK experiences ‘weirdest’ weather” environment analyst Roger Harrabin (BBC) states that the driest spring for over a century gave way to the wettest recorded April to June in a dramatic turnaround never documented before. The scientists said there was no evidence that the weather changes were a result of manmade climate change.

The warning came from the Environment Agency, Met Office and Centre for Ecology & Hydrology (CEH) at a joint briefing in London. Experts from three bodies warned the UK must plan for periodic swings of drought conditions and flooding.

Terry Marsh, from the CEH, said there was no close modern precedent for the extraordinary switch in river flows. The nearest comparison was 1903 but this year was, he said, truly remarkable.

What was also remarkable – and also fortunate – was that more people did not suffer from flooding. Indeed, one major message of the briefing was that society has been steadily increasing its resilience to floods.

This summer was the wettest in the UK for 100 years, according to Met Office figures. The Environment Agency issued over 1,000 river flood alerts and warnings for the period of the 1st June at 15th July. This was the most alerts issued in a summer since 2007.

Sarah Jackson from the Met Office said that it did not discern any pattern that suggested manmade climate change was at play in UK rainfall – although if temperatures rise as projected in future, that would lead to warmer air being able to carry more moisture to fall as rain.

She said that this year’s conditions were partly caused by a move to a negative phase of the North Atlantic Oscillation which would be likely to lead to more frequent cold, drier winters – like the 1960s – and also wetter summers for 10-20 years.

“Longer term we will see a trend to drier summers but superimposed on that we will always see natural variability,” she said.

DailyMail has informative analysis about this here.