An international  treaty to protect the ozone layer, agreement to phase out chemicals which attack the Earth’s vital ozone shield, signed nearly 25 years ago prevented an environmental disaster according to latest press release by World Meteorological Organisation (WMO). It banned ozone-depleting substances such as chlorofluorocarbon gases (CFCs), once present in things like refrigerators and spray cans. It would still take a very long time for the ozone layer to recover.

However, the Earth’s radiation shield is still under threat. The Montreal Protocol on Substances that Deplete the Ozone Layer, which was signed 16 September 1987, has prevented the destruction of the ozone layer which protects Earth from the harmful ultraviolet rays of the sun. Ozone depletion already caused millions of cases of skin cancer and eye cataracts, as well as the harmful effects of ultraviolet radiation on the environment. 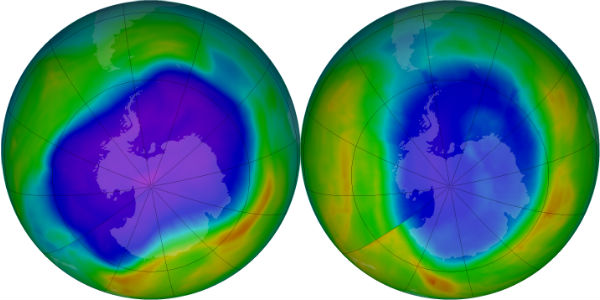 Many ozone-destroying chemicals, such as the chlorofluorocarbons (CFCs) once present in products such as refrigerators and spray cans, have been phased out under the Montreal Protocol. However, demand for replacement substances including hydrochlorofluorcarbons (HCFCs) has increased, prompting an agreement in 2007 to accelerate the phase-out of HCFCs, which are commonly used in air conditioning. HCFCs are also powerful greenhouse gases.

“With the global phase-out of 98 per cent of ozone-depleting gases in consumer, industrial and agricultural products, the ozone layer is now on track to recover over the next five decades.” U.N. Secretary-General Ban Ki-moon. 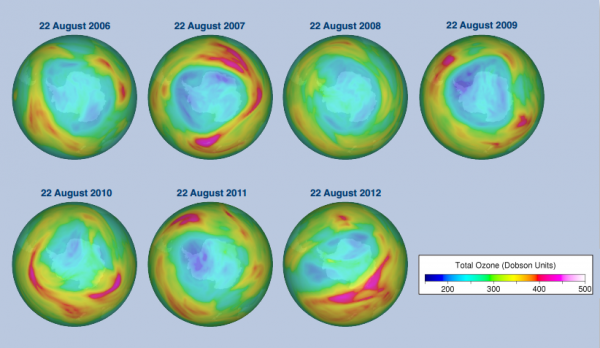 Despite the “success” of the Montreal Protocol in cutting the production and consumption of ozone-destroying chemicals, these chemicals have a long atmospheric lifetime and it will take several decades before their concentrations are back to pre-1980 levels. The amount of ozone depleting gases in the Antarctic stratosphere reached a maximum around year 2000 and is now slowly decreasing at a rate of about 1% per year according to WMO.

In the Arctic, record ozone damage was reported in the stratosphere in 2011, but levels normalised in 2012. Over the past decade, stratospheric ozone in the Arctic and Antarctic regions as well as globally is no longer decreasing, but it has not yet started to recover either. The ozone layer over the Antarctic is expected to recover much later. 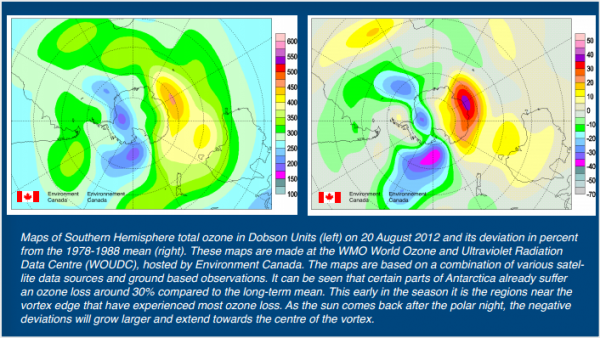 In its Antarctic Ozone Bulletin published on September 14, WMO reported that the ozone hole increased rapidly during the first two weeks of September from about less than 10 million km2 to approximately 19 million km2. As of mid September the ozone hole is smaller than at the same time in 2011, but larger than in 2010. This is based on observations from the ground, from weather balloons and from satellites together with meteorological data. The Antarctic ozone hole is an annually recurring winter/spring phenomenon due to the existence of extremely low temperatures in the stratosphere and the presence of ozone-depleting substances. It typically reaches its maximum surface area during the second half of September and the maximum depth during the first half of October.

The south polar vortex is now activated and primed for ozone  depletion. The sun is on the way back after the polar winter  and ozone depletion is about to set in. During the first half of August, the area has increased more slowly than at the same time in many of the recent years. However, the last few days it has increased faster  than in 2010. It is still too early to say anything certain about  how the ozone hole area will develop over the next weeks.

It is still too early to give a definitive statement about the development of this year’s ozone hole and the degree of ozone loss that will occur. The temperature conditions and the extent of polar stratospheric clouds so far this year indicate that the degree of ozone loss will be smaller than in 2011 but probably somewhat larger than in 2010. The ozone hole will most likely be smaller than in the record year of 2006.

The Global Ozone Monitoring Experiment–2 (GOME-2) is a spectrometer that collects light arriving from the Sun-illuminated Earth’s atmosphere or a direct view to the Sun and decomposes it into its spectral components. The recorded spectra are used to derive a detailed picture of the atmospheric content and profile of ozone, nitrogen dioxide, water vapour, oxygen / oxygen dimmer, bromine oxide and other gases.

Ozone is a colorless gas. Chemically, ozone is very active; it reacts readily with a great many other substances. Near the Earth’s surface, those reactions cause rubber to crack, hurt plant life, and damage people’s lung tissues. But ozone also absorbs harmful components of sunlight, known as “ultraviolet B”, or “UV-B”. High above the surface, above even the weather systems, a tenuous layer of ozone gas absorbs UV-B, protecting living things below. 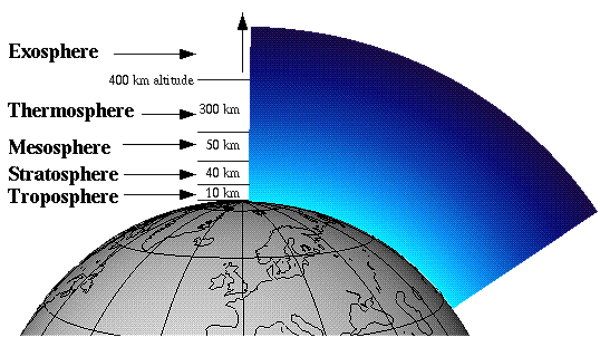 Although ozone high up in the stratosphere provides a shield to protect life on Earth, direct contact with ozone is harmful to both plants and animals (including humans). Ground-level, “bad,” ozone forms when nitrogen oxide gases from vehicle and industrial emissions react with volatile organic compounds (carbon-containing chemicals that evaporate easily into the air, such as paint thinners). In the troposphere near the Earth’s surface, the natural concentration of ozone is about 10 parts per billion (0.00001 percent). According to the Environmental Protection Agency, exposure to ozone levels of greater than 80 parts per billion for 8 hours or longer is unhealthy. Such concentrations occur in or near cities during periods where the atmosphere is warm and stable. The harmful effects can include throat and lung irritation or aggravation of asthma or emphysema.

History of the Ozone Hole