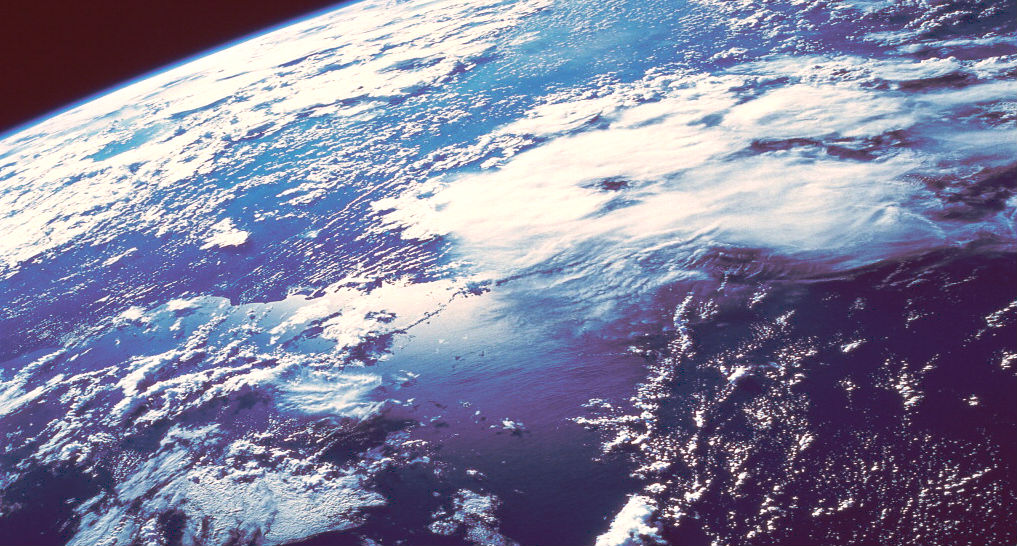 The hole in the Antarctic ozone layer has caused changes in the way that waters in those southern oceans mix, which has the potential to alter the amount of CO2 in the atmosphere and eventually could have an impact on global climate change, according to earth scientist from Johns Hopkins University. Research team led by Darryn W. Waugh found that subtropical intermediate waters in the southern oceans have become “younger” as the upwelling, circumpolar waters have gotten “older”. These are consistent with the fact that surface winds have strengthened as the ozone layer has thinned.  The southern oceans play an important role in the uptake of heat and carbon dioxide, so any changes in southern ocean circulation have the potential to change the global climate.

Scientists used measurements taken from the early 1990s to the mid-to-late 2000s of the amount of a chemical compound known as “chlorofluorocarbon-12,” or CFC-12, in the southern oceans. CFC-12 was mostly used in products such as aerosol hairsprays and refrigerants and in air conditioning systems until the 1990s when it was phased out by the Montreal Protocol as substances that deplete the ozone layer.  From those ocean measurements, scientists were able to infer changes in how rapidly surface waters have mixed into the depths of the southern oceans. Previous data show that concentrations of CFCs at the ocean surface increased in tandem with those in the atmosphere, so they were able to surmise that the higher the concentration of CFC-12 deeper in the ocean, the more recently those waters were at the surface. 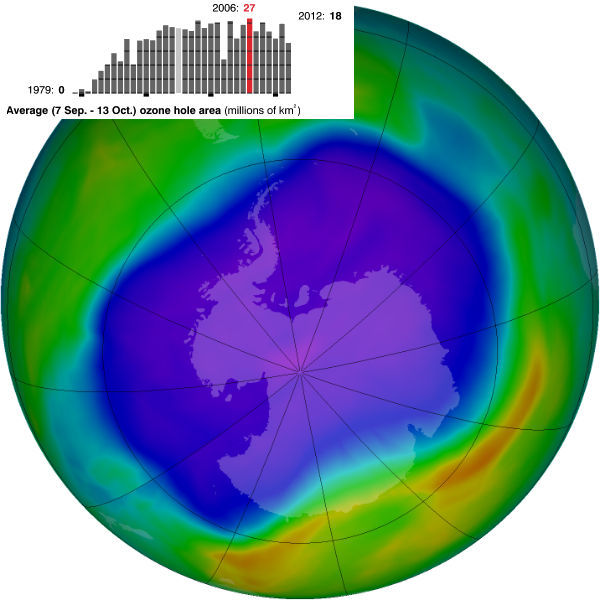 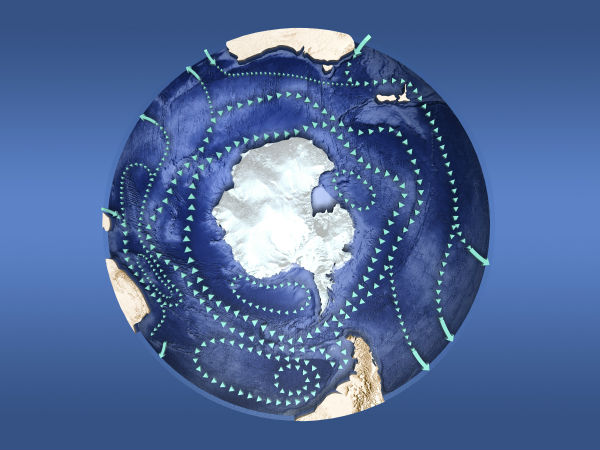 Circumpolar currents in the Southern Ocean (Credit: CSIRO, the Wealth from Oceans Flagship and the Australian Climate Change Science Program)

Antarctic Circumpolar Current (ACC), an ocean current that flows from west to east around Antarctica, plays a crucial role in global ocean circulation. The Antarctic Circumpolar Current (21,000 km in length) is the world’s largest ocean current, transporting 130 million cubic meters of water per second – 100 times the flow of all the world’s rivers. The region where the cold waters of the ACC meet and mingle with the warmer waters of the north defines a distinct border – the Antarctic Convergence – which fluctuates with the seasons, but which encompasses a discrete body of water and a unique ecologic region. 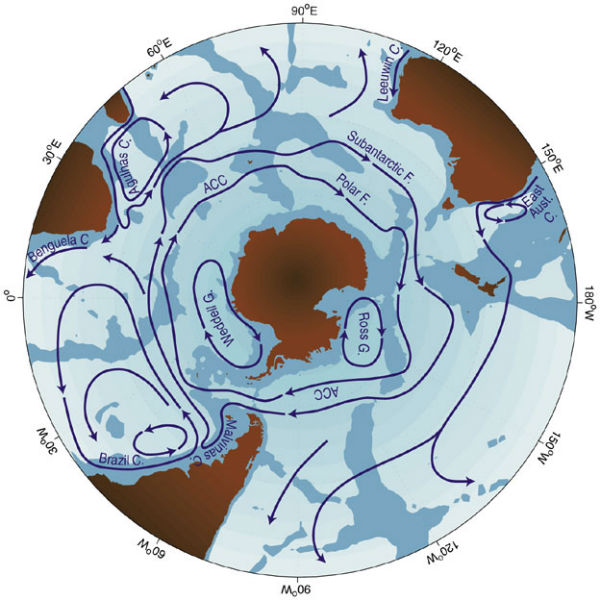