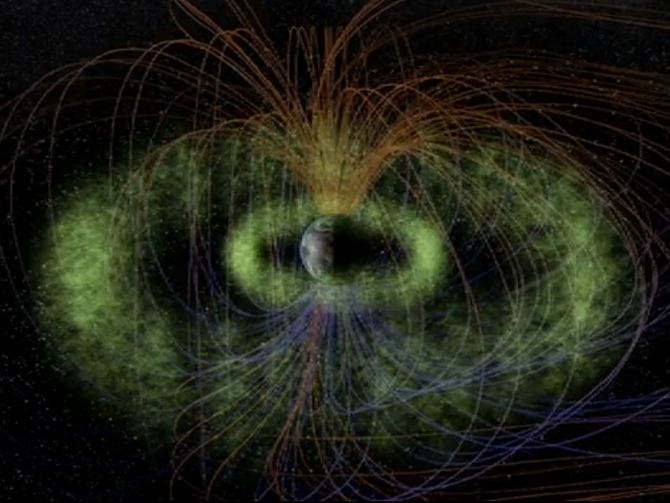 NASA will hold a news conference at 18:00 UTC, Thursday, Aug. 9 to discuss the upcoming launch of the Radiation Belt Storm Probes (RBSP), a mission to study Earth’s radiation belts. The event will be broadcast live on NASA Television and streamed on the agency’s website.

RBSP will explore space weather — changes in Earth’s space environment caused by the sun — that can disable satellites, create power grid failures and disrupt GPS service. The mission also will allow researchers to understand fundamental radiation and particle acceleration processes throughout the universe.

RBSP is scheduled to launch no earlier than 4:08 a.m. Thursday, Aug. 23 from Cape Canaveral Air Force Station in Florida. The twin probes will lift off on a United Launch Alliance Atlas V rocket. 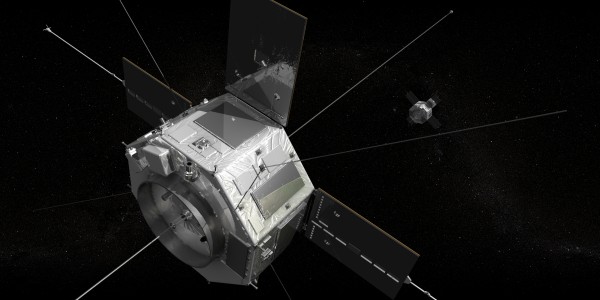 The Radiation Belt Storm Probes (RBSP) is being designed to help us understand the Sun’s influence on Earth and Near-Earth space by studying the Earth’s radiation belts on various scales of space and time.

The instruments on NASA’s Living With a Star Program’s (LWS) Radiation Belt Storm Probes (RBSP) mission will provide the measurements needed to characterize and quantify the plasma processes that produce very energetic ions and relativistic electrons. The RBSP mission is part of the broader LWS program whose missions were conceived to explore fundamental processes that operate throughout the solar system and in particular those that generate hazardous space weather effects in the vicinity of Earth and phenomena that could impact solar system exploration. RBSP instruments will measure the properties of charged particles that comprise the Earth’s radiation belts, the plasma waves that interact with them, the large-scale electric fields that transport them, and the particle-guiding magnetic field.

The two RBSP spacecraft will have nearly identical eccentric orbits. The orbits cover the entire radiation belt region and the two spacecraft lap each other several times over the course of the mission. The RBSP in situ measurements discriminate between spatial and temporal effects, and compare the effects of various proposed mechanisms for charged particle acceleration and loss.

Graphics presented during the news conference will be online shortly before the start of the event at: http://www.nasa.gov/sunearth

For more information about the RBSP mission, visit: http://www.nasa.gov/rbsp