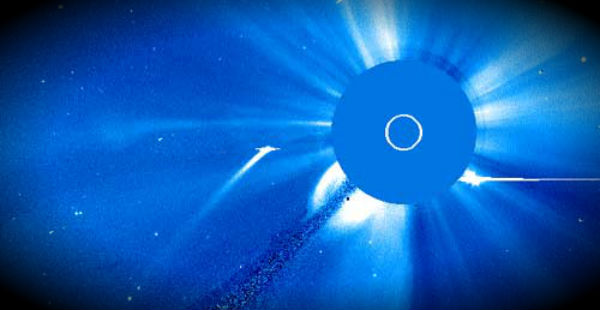 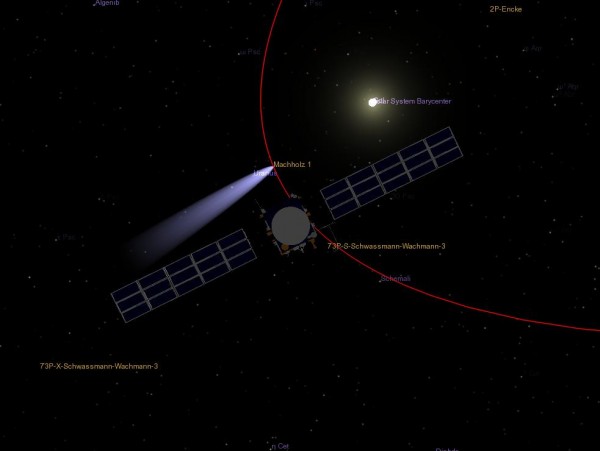 96P/Machholz (or 96P/Machholz 1) is a short-period comet with an estimated radius of around 3.2km, and a high inclination with respect to the plane of the solar system. It’s highly eccentric 5.2 year orbit has the smallest perihelion distance known among numbered/regular short-period comets, bringing it considerably closer to the Sun than the orbit of Mercury. 96P/Machholz was discovered on May 12, 1986 by amateur astronomer Donald Machholz on Loma Pieta peak, in central California using 130 millimetres (5.1 in) binoculars. It is the only known short-period comet with both high orbital inclination and high eccentricity. In 2007, Machholz 1 was found to be both carbon-depleted and cyanogen-depleted, a chemical composition nearly unique among comets with known compositions. The chemical composition implies a different and possible extrasolar origin. The high inclination of Machholz 1’s orbit, 59°, suggests that it could come from the Oort Cloud rather than the Kuiper Belt, which is the source of most short-period comets. 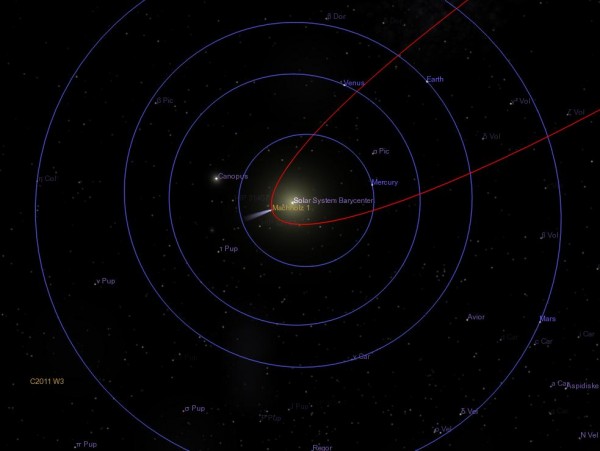 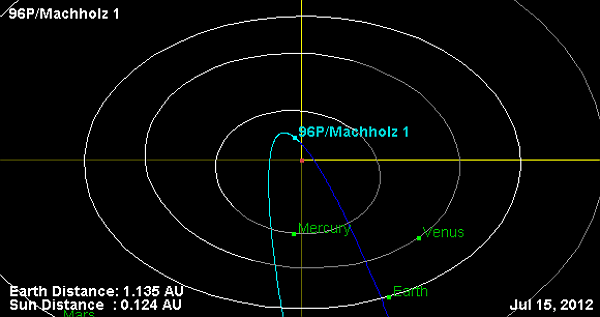 The following orbital elements are taken from MPC 79654:

The Unusual Spectrum of Comet 96P/Machholz