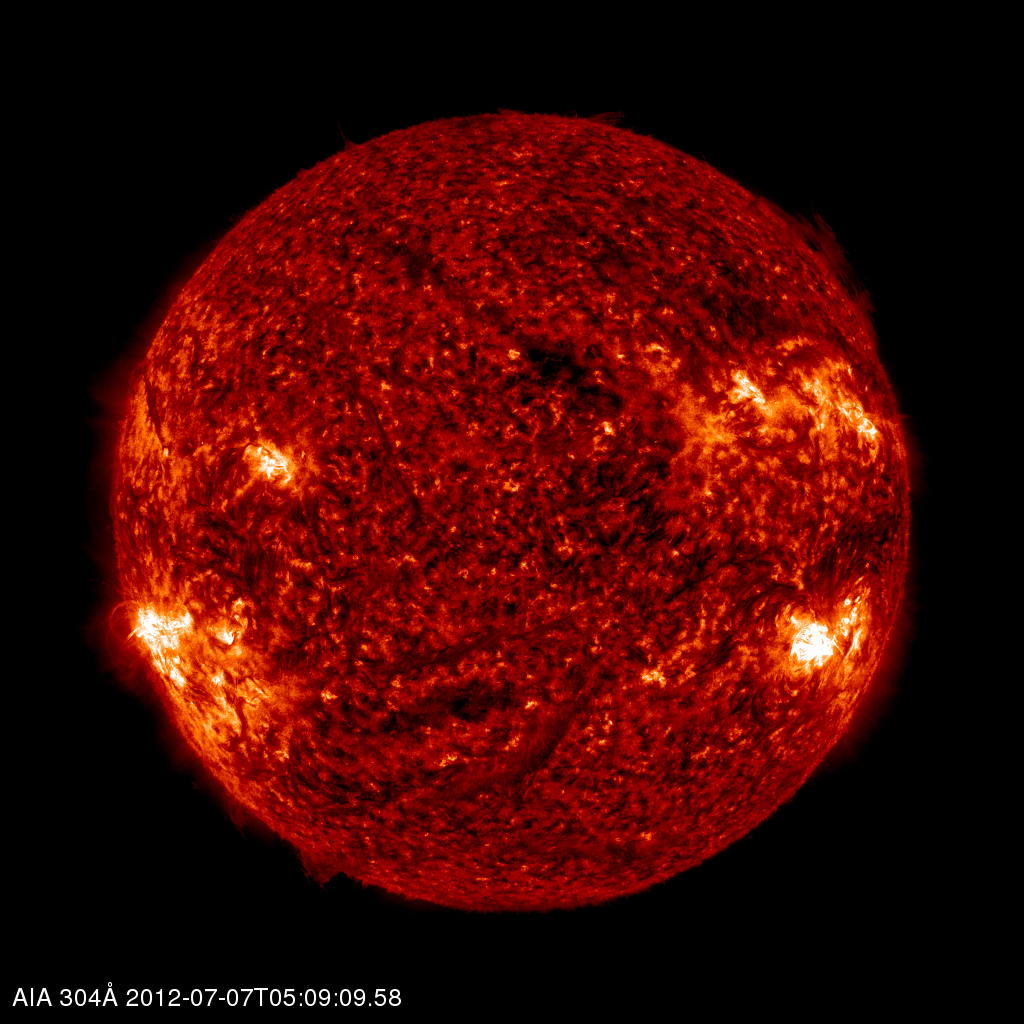 As expected, a giant sunspot AR1515 unleashed a strong X1.1 solar flare on July 6th at 23:08 UTC. This event triggered a 10cm Radio Burst and a Type IV Sweep Frequency Event. Preliminary analysis indicates the Coronal Mass Ejection (CME) associated with this event is not headed directly at Earth, it looks to be headed south and to the west. This should have little impact on Earth.

Region 1515 produced an impulsive R3 (Strong) solar flare radio blackout at 2308 UTC (7:08 PM EDT) on July 6. It means wide area blackout of HF radio communication, loss of radio contact for about an hour on sunlit side of Earth  as well as low-frequency navigation signals degraded for about an hour.

Solar Radiation Storm levels are increasing above background levels reaching S1 (Minor) threshold at this time. It could result as minor impacts on HF radio in the polar regions. Additionally, G1 (Minor) geomagnetic storming is possible through July 8 as a string of coronal mass ejections (CMEs) observed earlier in the week make their way past Earth.

Each pulse of x-rays and extreme UV radiation creates a wave of ionization in our planet’s upper atmosphere. These sudden ionospheric disturbances, also known as “SIDs,” alter the propagation of radio signals around Earth. SID is an abnormally high ionization/plasma density in the D region of the ionosphere caused by a solar flare. The SID results in a sudden increase in radio-wave absorption that is most severe in the upper medium frequency (MF) and lower high frequency (HF) ranges, and as a result often interrupts or interferes with telecommunications systems. 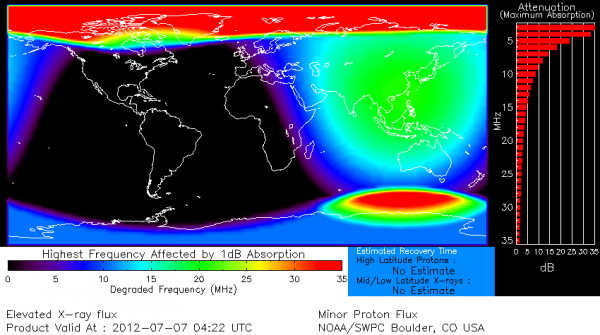 When a solar flare occurs on the Sun a blast of intense ultraviolet and x-ray radiation hits the dayside of the Earth after a propagation time of about 8 minutes. This high energy radiation is absorbed by atmospheric particles, raising them to excited states and knocking electrons free in the process of photoionization. The low altitude ionospheric layers (D region and E region) immediately increase in density over the entire dayside. The ionospheric disturbance enhances VLF radio propagation. Scientists on the ground can use this enhancement to detect solar flares; by monitoring the signal strength of a distant VLF transmitter, sudden ionospheric disturbances (SIDs) are recorded and indicate when solar flares have taken place

A new sunspot is emerging over the sun’s southeastern limb, and it appears to be a big one. The addition of this new active region could boost the chance of flares even more. This region produced an M1.3 Solar Flare at 18:55 UTC Friday. 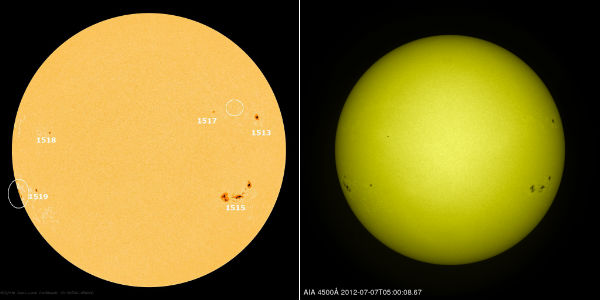 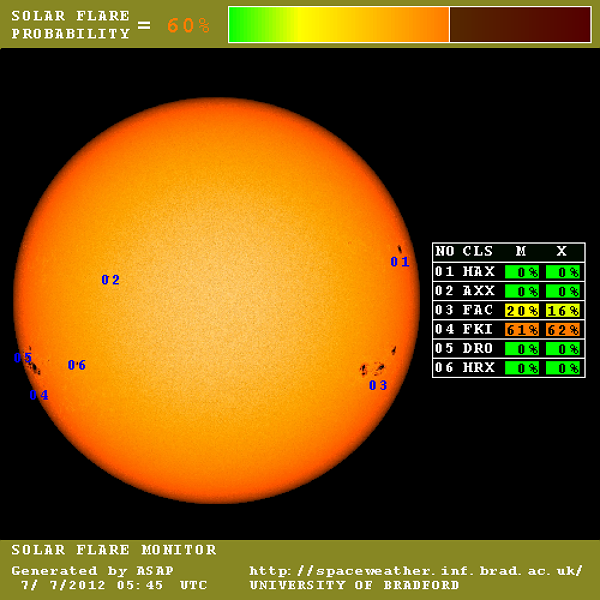