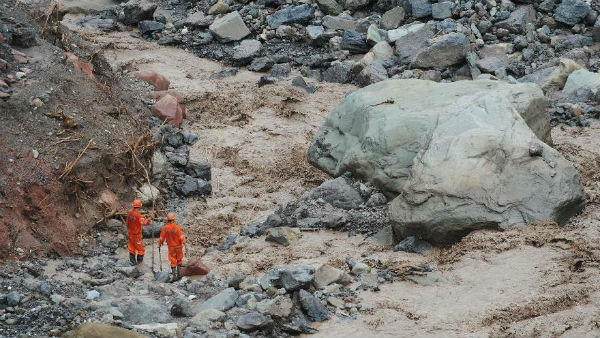 From Wednesday night to early Thursday morning, downpours lashed Ningnan county in the Liangshan Yi autonomous prefecture of Sichuan. The heavy rains caused mudslides around 6:15 am in the Aizigou Valley, where construction workers from Three Gorges Co were staying as they worked on Baihetan Hydropower Station. More than 40 people were missing  in the aftermath of rain-triggered mudslides .

Ningnan, a mostly mountainous county 642 km from Chengdu, capital of Sichuan, and bordering Yunnan province, has a high incidence of mudslides in the rainy season. The mud and rocks in the landslide area are unstable, and it’s likely to rain more in the coming days. 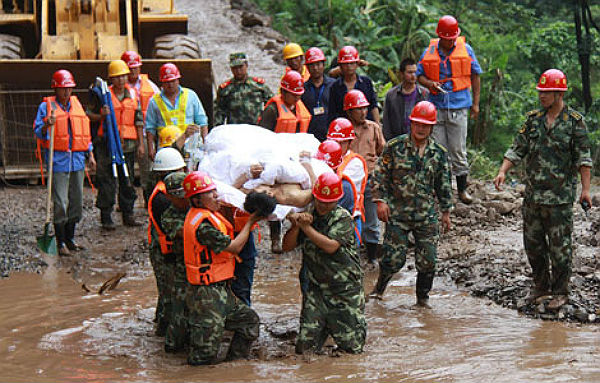 The houses of 17 families were significantly damaged or destroyed and 133 hectares of farmland, 20 km of irrigation ditches, more than 30 km of rural highways and five makeshift bridges on highways were destroyed.

The Baihetan Hydropower Station on the Jinsha River, a tributary of the Yangtze on its upper reaches, helps prevent floods in addition to generate electricity. It is expected to become the nation’s second-largest hydropower station, after the Three Gorges Dam, upon its completion in 2022, with an installed capacity of 14 million kilowatts.

It’s construction, and that of three other hydropower stations on the Jinsha River, is part of the country’s West-to-East Electricity Transmission Project. The four power stations would help retain silt to reduce sedimentation in the Three Gorges reservoir.

They will also increase water flow in the dry season to increase the power-generating capacity of the Three Gorges and Gezhouba stations in the lower reaches of the Yangtze River. (ChinaDaily)