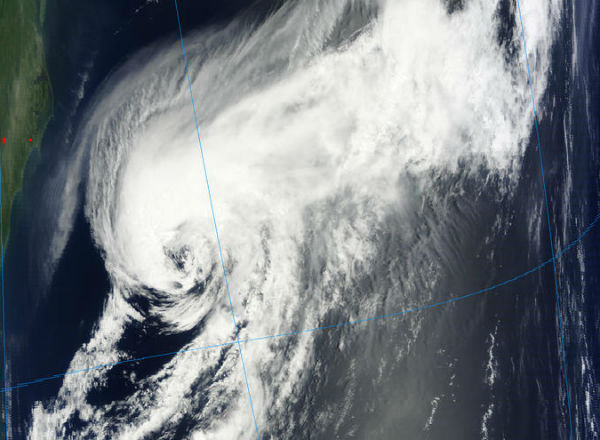 The track of the lingering Debby (just moved out of Florida and Georgia) is bringing bad weather to the islands of Bermuda through the end of the week. Debby was downgraded to Tropical Depression after making landfall in Florida on Tuesday, June 26th. During Wednesday, Debby had lost its tropical characteristics and became a non-tropical Low Pressure Area.

It will bring tropical storm conditions to Bermuda as it approaches through Friday and departs early Saturday. Rough seas, stiff breezes and squally showers and thunderstorms from the system are likely in Bermuda waters well ahead and away from the center of the system. 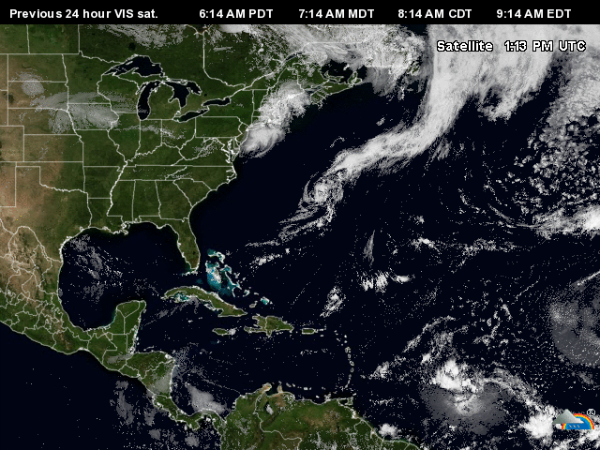 According to US National Hurricane Center, the post-tropical remnants of Debby are located about 145 km (90 miles) north-northwest of Bermuda and is moving east-northeastward at speed of 30-40 km/h (20 to 25 mph). This disturbance is producing gale-force winds near the center. The system has a low 10% chance of becoming a tropical cyclone during the next 48 hours.

The remnants of Debby is forecast to pass off Cape Race, Newfoundland, over the weekend over North Atlantic waters. The system is not expected to have significant impact along the Atlantic Seaboard of the U.S. moving forward. 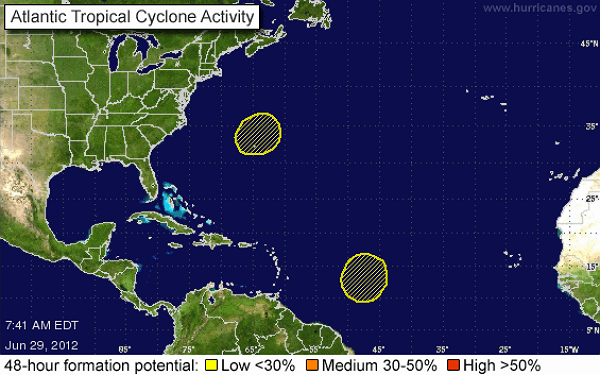 Another tropical wave is located about 1610 km (1000 miles) east of the Windward Islands and is producing scattered showers and a few thunderstorms. The system is moving westward at speed of 24 km/h (15 mph). This system has a low 10% chance of becoming a tropical cyclone during the next 48 hours.