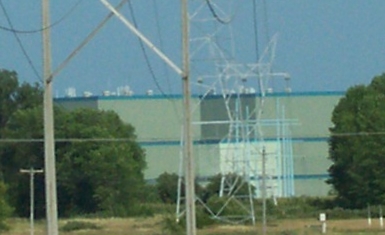 One of Wisconsin’s three nuclear reactors stopped operating Wednesday night, June 29, after a problem developed with the plant’s turbine.

The problem with the Point Beach reactor occurred shortly before 9 p.m., according to a report that NextEra Energy Services filed with the Nuclear Regulatory Commission. The problem took place on the non-nuclear side of the plant and did not pose any safety risks, the company said.

NextEra told the NRC that it shut down the reactor and that all safety-related equipment to cool the nuclear reactor operated without problems. The cause of the problem is being investigated, said Sara Cassidy, spokesman for NextEra. “We’ll get it back up as soon as we find out what the issue is and get it safely returned to service,” she said.

The reactor is offline during what is projected to be the hottest day of the year, but Wisconsin and Midwest utilities had ample power supply to meet rising demand for power. The other reactor at Point Beach was generating at full power Thursday, as was the nearby Kewanuee Power Station, according to the NRC.

Point Beach’s electricity is sold to Milwaukee-based We Energies, WPPI Energy of Sun Prairie and Missouri River Energy Services of Sioux Falls, S.D. “The safety equipment functioned as we expected it to during the shutdown,” said Viktoria Mitlyng, spokeswoman for the NRC’s regional office near Chicago. “Our senior resident inspector was at the plant until midnight making sure things were functioning as they were supposed to with the safety equipment.”

The plant is currently owned and operated by NextEra Energy Resources (prior to 2009 – FPL Energy), of Juno Beach, Florida. The plant was built by Wisconsin Electric Power Company (now We Energies, a subsidiary of Wisconsin Energy Corporation), and previously operated by the Nuclear Management Company.

Most of the power from this plant goes to the Green Bay area and communities along the Lake Michigan shoreline of Southeastern Wisconsin.