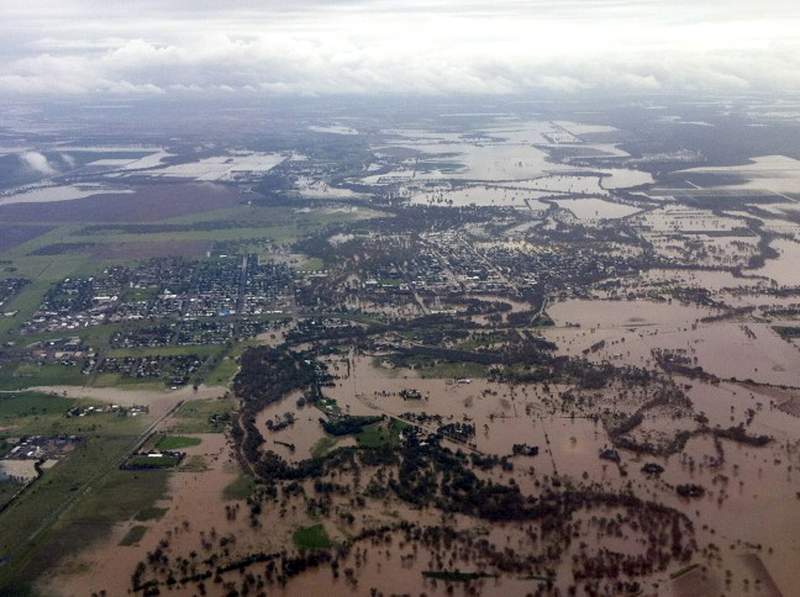 The latest areas to be declared were Bombala, Murray Shire, Central Darling and Hay Shire.

Residents of Hay, in southwest NSW, were on evacuation alert on Tuesday night as the Murrumbidgee River crept towards a nine-metre flood peak – equal to heights not seen since 1974.

“Although the rain has eased and flood waters are starting to recede, it will be a long time before these communities will be back to normal,” NSW Emergency Services Minister Mike Gallacher said in a statement.

The State Emergency Service warned Hay Shire residents, particularly those in low-lying areas, to prepare to flee their homes. “Given that this region has not seen a flood of this magnitude for nearly 40 years, floodwaters will behave differently,” SES Murrumbidgee regional controller James McTavish said in a statement. “It is extremely important for residents to heed the warnings issued by the NSW SES and other emergency service agencies.”

Elsewhere, residents in Wagga Wagga and Forbes – which have borne the brunt of NSW’s flooding – continued their mop-up on Tuesday.

The NSW government has confirmed it will not be pursuing a flood levy to help rebuild flooded communities. NSW Roads Minister Duncan Gay last week called on the federal government to impose a levy, as it did in 2011 after the Queensland floods. But Treasurer Mike Baird said cabinet had decided the state was not in the position to do the same.

“We discussed this in cabinet yesterday and it’s very clear that we don’t think the state needs another tax at this point in time,” Mr Baird told. (Source: RSOE-EDIS)