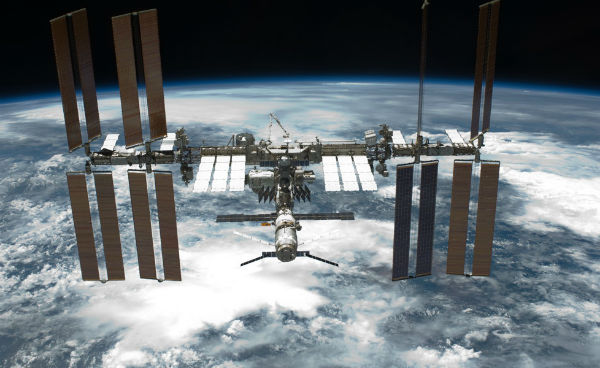 The Progress 46 cargo ship successfully docked to the International Space Station’s Pirs Docking Compartment late on January 27 to deliver almost three tons of food, fuel and supplies for the six crew members living and working on the orbital laboratory. The supply ship launched from Baikonur Cosmodrome in Kazakhstan and docked with the space station as the two spacecraft sailed about 240 miles (386 kilometers) above the northeastern coast of Brazil. The cargo ship is packed with about 930 kg of fuel, 50 kg of oxygen and air, 420 kg of water and 1,260 kg of spare parts and experiment gear.

Progress vehicles are disposable and are intentionally commanded to burn up in Earth’s atmosphere at the end of their space missions. Russia’s Federal Space Agency plans to launch several Progress vehicles this year to keep the station stocked with supplies. Earlier this week Progress 45 undocked from the space station’s Earth-facing Pirs docking port to make room for the new supply ship after deployed a microsatellite Chibis-M which is designed to study how plasma waves interact with Earth’s ionosphere.

The space station is currently home to three astronauts and three cosmonauts. Three Russians, two Americans and one Dutch astronaut make up the Expedition 30 crew. The Russian cosmonauts stood ready to take remote control of Progress 46 in case the automated spacecraft veered off course, but the cargo ship parked itself flawlessly as planned.

The International Space Station fired its thrusters Saturday (Jan. 28) in order to steer clear of orbital debris from China’s 2007 anti-satellite test. The dodging maneuver was required to avoid space junk from the Chinese satellite Fengyun 1C, which peppered low-Earth orbit with an estimated 3,000 pieces of shrapnel when it was intentionally destroyed by China five years ago. The remaining debris has required several similar avoidance maneuvers by the space station in recent years. The Fengyun 1C satellite debris had the potential to cause seven conjunctions with the space station, so steering the $100 billion safely into the clear was required, according to an earlier NASA update.  Earlier this month, the space station fired its thrusters to avoid debris from a 2009 satellite crash between an U.S. and Russian spacecraft.

More than 500,000 pieces of space junk are currently tracked every day by NASA and the U.S. military’s Space Surveillance Network in order to avoid collisions in orbit. (Space.com)