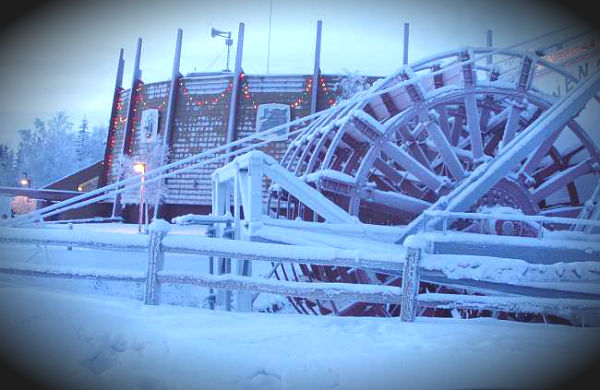 Residents of Fairbanks, Alaska, are enduring the harshest cold spell in more than a decade. 51 below zero was registered yesterday  at the Fairbanks International Airport. Temperatures typically only drop to 16 below zero this time of year. Record low for Fairbanks is 60 below zero from 1933. That record would likely have been broken if dense ice fog was not present, according to AccuWeather.

This marked the second consecutive day of temperatures to or under 50 below zero, the first such occurrence since the last two days of December 1999. Temperatures in Fairbanks have been 40 below zero or colder 15 days so far this month. That ties the record from 1972 for the most 40 below zero January days in the last 40 years and this month is on pace to be the coldest January since 1971 and one of the top ten coldest on record. There is a chance that this January will end just within the top ten coldest months ever on record at Fairbanks,  according to a statement from the Fairbank National Weather Service. Dense fog advisory is currently in effect with visibility level reduced to nearly a zero.