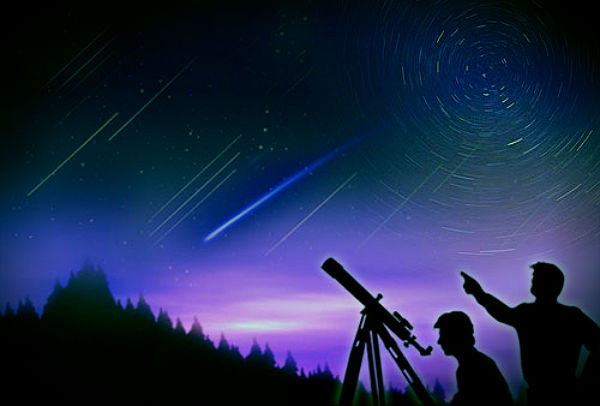 The first meteor shower this year —  Quadrantid meteor shower —  will occur at around 2 a.m. EST (0700 GMT) on Jan. 4. While many meteor displays in 2011 were washed out by a bright moon, the Quadrantid meteor shower is expected to put on a spectacular light show, with no moonlight to interfere. The waxing gibbous moon will set at around 3 a.m. local time, so as long as there are clear skies, conditions should be ripe for meteor watching into the pre-dawn hours. Because of the location of the radiant, at the northern tip of the constellation Bootes, only northern hemisphere skywatchers will be able to see Quadrantids.

You don’t need a telescope or binoculars to watch meteor showers, just your eyes. The meteors move too fast to be tracked with telescopes or even binoculars. The best way to observe them is to dress warmly and lie back on a deck chair or chaise longue to get as wide a view of the sky as possible. 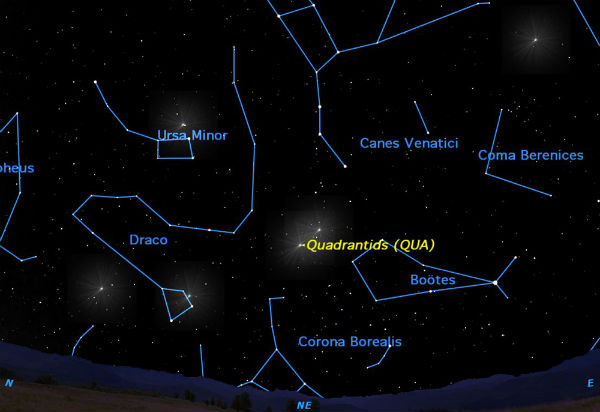 NASA officials said in a statement that a rate of more than 100 meteors per hour is expected. Unlike the Perseid and Geminid meteor showers, the Quadrantids last only a few hours, so skywatchers have a narrower window of opportunity to spot them. Quadrantids will enter the planet’s atmosphere at speed of about 90,000 miles per hour (almost 145,000 kilometers per hour) and it fragments will burn up about 50 miles (80 km) above Earth’s surface, NASA officials said.

Meteor showers, also known as “shooting stars”, occur when Earth travels through leftover debris from comets or asteroids. The Quadrantid meteors originate from an asteroid 2003 EH1. The Quadrantids were named after the constellation of Quadrans Muralis, the wall quadrant, which is located between the constellations of Bootes and Draco. Quadrans Muralis was named by the French astronomer Jerome Lalande in 1795 and it’s no longer exists. Some studies suggest that this cosmic body could be a piece of a comet that broke apart several centuries ago and the Quadrantids are the crumbled relics of debris from this fragmentation, NASA officials said. The comet which created this meteor shower has not been identified for certain, but may have been a comet observed in 1490 by Chinese, Korean, and Japanese astronomers. (Space.com)

Listed below are the major 2012 meteor showers visible during the night  where the expected Zenith Hourly Rate (ZHR) of meteors will be 10 or more, or where the rate may be variable.  Since more meteors are always seen after midnight, these dates are the best mornings to observe. 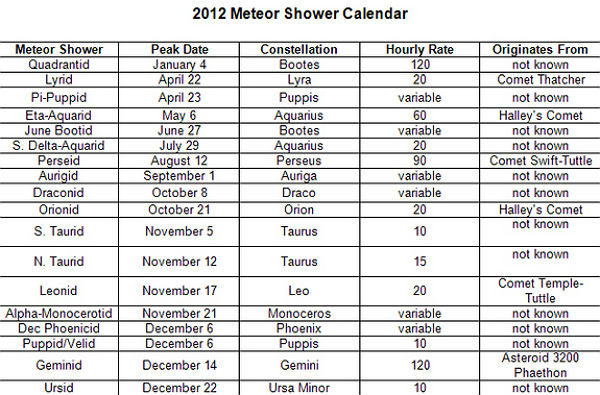