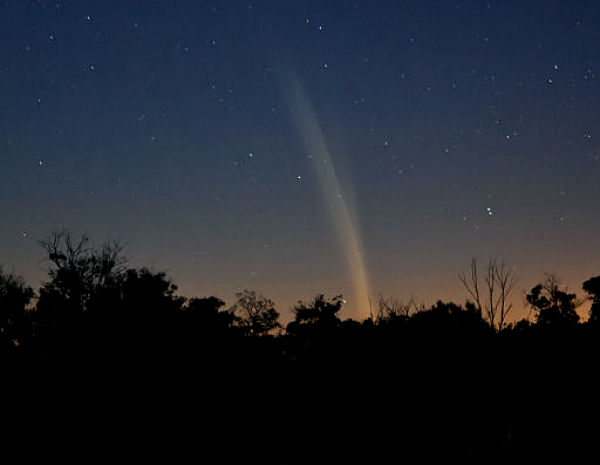 Comet Lovejoy's tail is visible after all,  from around the southern hemisphere. It can be visible just before sunrise. Reports of two tails indicates that it develop dust and ion tail. The gaseous tail is blow almost directly away from the sun by solar wind and brighter and heavier dust tail follow the comet's orbit more closely. The visibility of both tails could improve in the days ahead as the comet moves away from the sun and the background sky darkens. 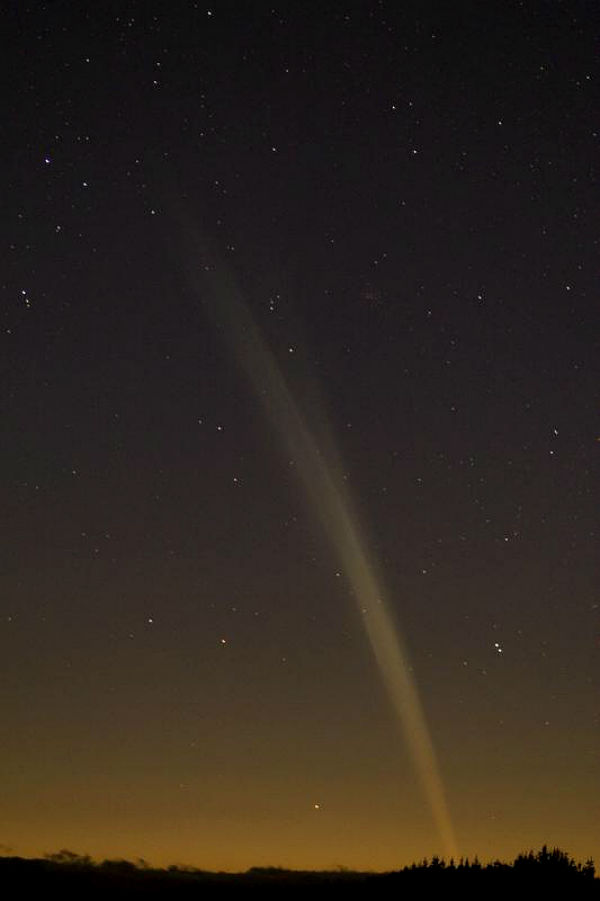 The comet is still close to the Sun. Over the next few days, Comet 2011 W3 will rapidly move away from the Sun and also is likely to rapidly fade. No one is really sure what the comet is doing because of the cloudy conditions in the Southern hemisphere. Hopefully clear weather will allow further observations.

After surviving its brush with the Sun, Lovejoy has re-emerged back into the HI-1 images looking even brighter and bolder than when it went in. It's visible in the HI-1 instruments on both STEREO spacecraft, but STEREO-A gives better view simply because it a little closer to the comet. 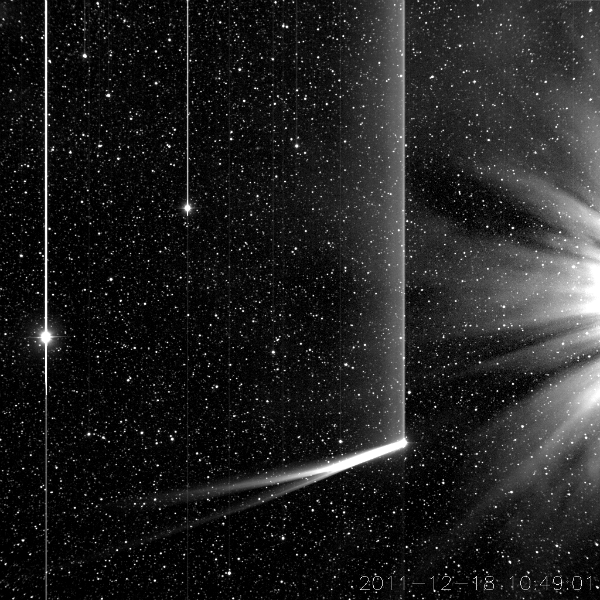 The best views from sun-watching spacecrafts is over. For now, Comet Lovejoy is still in the HI-1 fields of view on both STEREO spacecraft, but it should be leaving those sometime today. It will continue to be visible in STEREO/SECCHI HI-2 for a while,  but that's a very big field of view, so it would be harder to spot it. But as it recedes from space stationed instruments it is becoming an increasingly visible object for Earth-based observers. Only those in the Southern Hemisphere would have the opportunity to observe the Comet Lovey with naked eye. 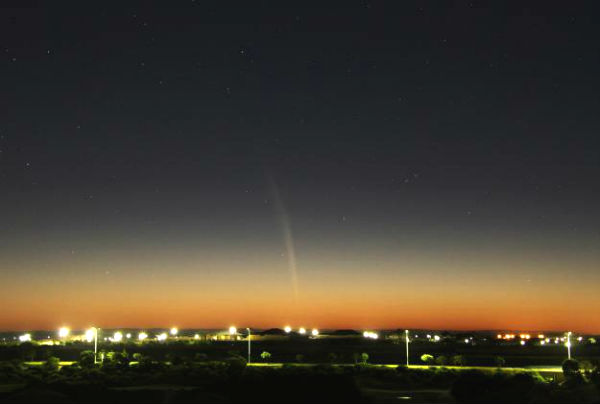 Here’s a timelapse video of Comet Lovejoy rising in the morning over western Australia captured by Colin Legg. You can see both the comet’s dust tail as well as its secondary plasma tail.

Early-rising sky watchers should be alert for this rare apparition. <finder chart >