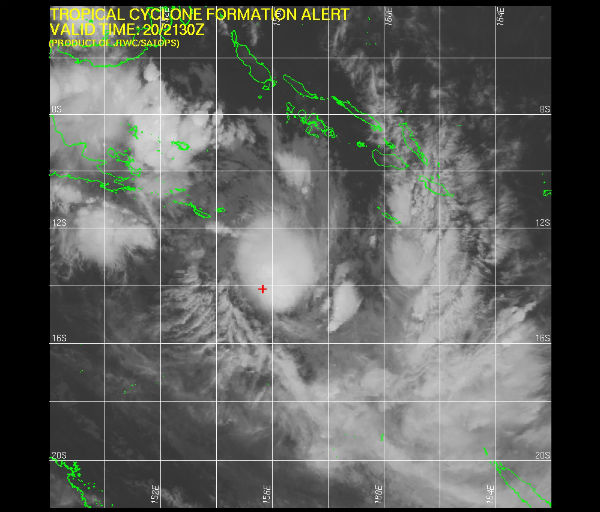 There is a Tropical Low system forming in Arafura Sea that could eventualy become one larger tropical cyclone as the one that devastate Darwin 37 years ago on Christmas Eve claiming 49 lives. The Australian Bureau of Meteorology forecasting more than 50% of chances for forming a tropical cyclone that could reach the mainland. The system is considered likely to become a tropical cyclone on Thursday morning. 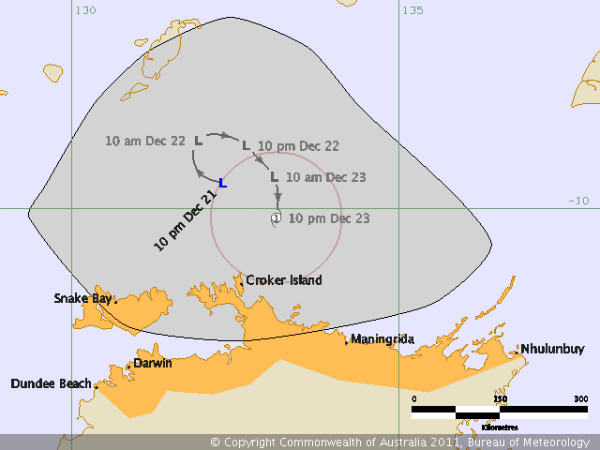 An upper trough is expected to amplify across eastern Australia on Thursday, which will increase the wind shear across the low into Friday. The increase in the wind shear is likely to steer the system east-southeast and hinder tropical
development from Friday onwards. Computer model guidance indicates that intensification due to extra-tropical transition may occur over this period.

Australia’s tropical cyclone season runs from November to April, according to the BoM website. During the cyclone season, there are an average of about 13 such storms in the Australian region, which stretches from the eastern Indian Ocean to the southwestern Pacific Ocean. 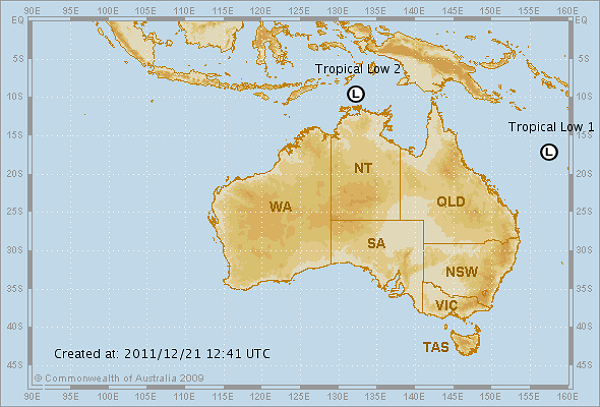 Residents of Darwin and Rural Area are advised that if you DO NOT have accommodation constructed to the Building Code or are unsure of your present accommodation you should determine which public emergency shelter to use. This
advice is issued to allow you sufficient time in which to take the necessary precautions before winds reach a dangerous level.

Offshore waters in the area hold oil and gas production facilities as well as ongoing exploration, whose activities could be disrupted. Vital shipping of minerals from ports along Australia’s northwestern shore could also be impacted.

At 1200 UTC a another Tropical Low was centred within 60 nautical miles of  latitude 17.1 South and  longitude one hundred and 157.4 East.  The system is mowing south – southeast at 11 knots with maximum winds around 30 knots. System’s central pressure is 998 hPa. The low is expected to develop into a tropical cyclone in the next 6 to 12 hours.

Senior forecaster with the Bureau of Meteorology, Angelina Prasad, said because this will be the first low-pressure system of the cyclone season, there was uncertainty about whether a cyclone would form. 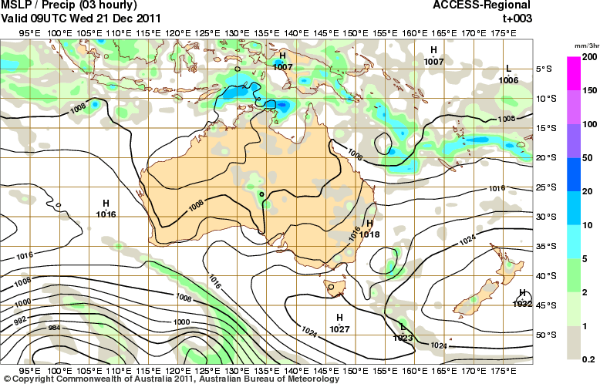 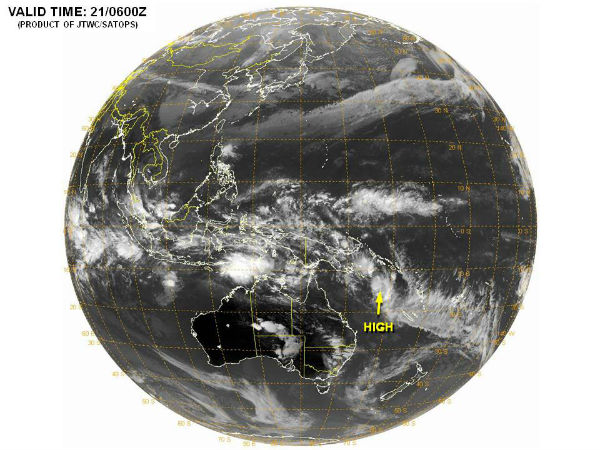