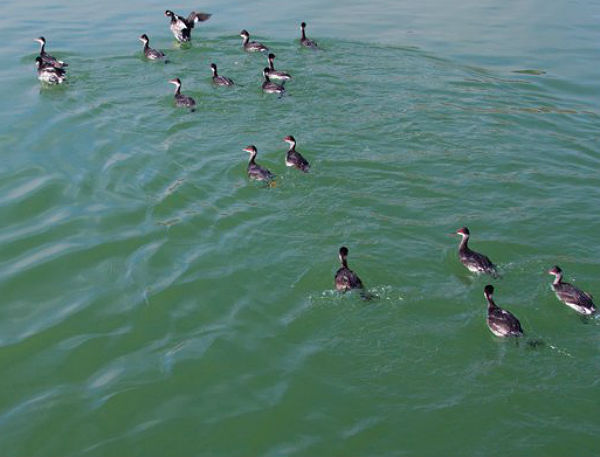 Thousands of migratory birds were killed or injured after apparently mistaking a Wal-Mart parking lot, football fields and other snow-covered areas of southern Utah for bodies of water and plummeting to the ground. One state wildlife expert called the worst mass bird crash she’d ever seen. There’s no count on how many died, although officials estimate it’s upwards of 1,500.

“They’re just everywhere. It’s been nonstop. All our employees are driving around picking them up, and we’ve got so many people coming to our office and dropping them off.” Teresa Griffin, wildlife program manager for the Utah Division of Wildlife Resource’s southern region.

Stormy conditions probably confused the flock of eared grebes, a duck-like aquatic bird likely making its way to the Mexican coast for the winter. The birds plunged into a Cedar City Wal-Mart parking lot, football fields, highways and over miles of property that had been blanketed by about 3 inches of gleaming snow. 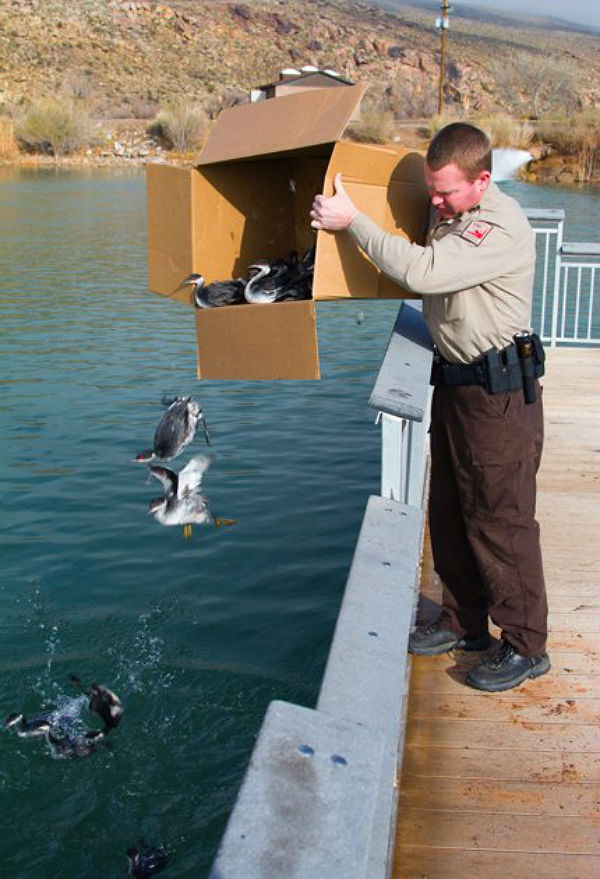 Kevin McGowan, who studies birds at the Cornell Lab of Ornithology in Ithaca, N.Y., said grebes rely on starlight to navigate during their nighttime migration. McGowan said it’s not uncommon for birds to crash en masse, especially if they confuse the ground for water.

“Before there were (artificial lights), the sky was always paler than the ground. When all of a sudden there’s light all over the place, they don’t know which way is up anymore.” Kevin McGowan

More than 175 mass death events, in which more than 1,000 birds died, have been reported to the National Wildlife Heath Center in the past 10 years. Causes for those die-offs included disease, weather, poisoning, trauma and starvation. And off course – fireworks.

But Griffin said the Utah downing was notable among the ones she’s seen because it was so widespread. Downed flocks were reported all over Cedar City, and as far as 30 miles south. Wildlife officials said they were continuing the rescue effort that started Tuesday afternoon and included residents collecting grebes — which weigh about a pound — and delivering them in cardboard boxes to the wildlife department’s office.

Officers said once they dropped the birds into bodies of water in southern Utah’s Washington County, including a pond near Hurricane, the water-loving creatures were “very active.” Keeping them in water — where they have food and won’t have to fly — improves their chances. (YahooNews)