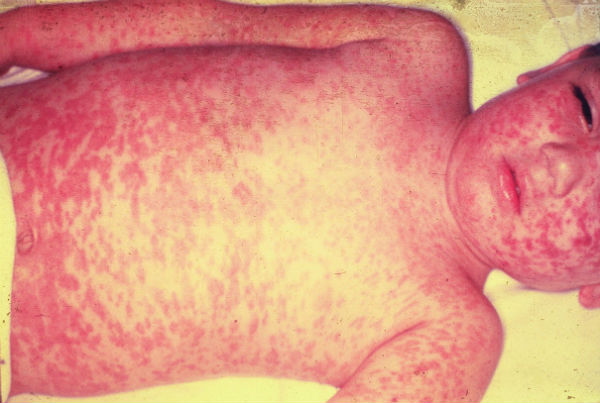 Measles, a highly infectious vaccine-preventable disease, remains one of the leading causes of childhood mortality, leading to an estimated 450 deaths each day worldwide. Rubella is an infection that is usually mild when experienced in childhood, but it can often lead to serious and sometimes fatal complications in the fetus when an unprotected woman acquires the infection early in pregnancy (congenital rubella infection) or to congenital rubella syndrome in newborns. Measles, rubella and congenital rubella syndrome (CRS) are preventable through immunization, and all countries in the WHO European Region use highly effective and safe measles and rubella vaccines.

More than 95% of measles deaths occur in low-income countries with weak health infrastructures. But the Weekly Epidemiological Record points out that there has been an increase in the transmission rate in the European Region since 2009. 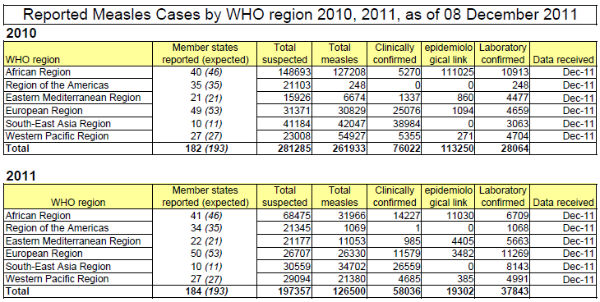 Measles is a highly contagious viral disease, which affects mostly children. It is transmitted via droplets from the nose, mouth or throat of infected persons. Initial symptoms, which usually appear 10–12 days after infection, include high fever, runny nose, bloodshot eyes, and tiny white spots on the inside of the mouth. Several days later, a rash develops, starting on the face and upper neck and gradually spreading downwards.

There is no specific treatment for measles and most people recover within 2–3 weeks. However, particularly in malnourished children and people with reduced immunity, measles can cause serious complications, including blindness, encephalitis, severe diarrhoea, ear infection and pneumonia. Measles can be prevented by immunization. 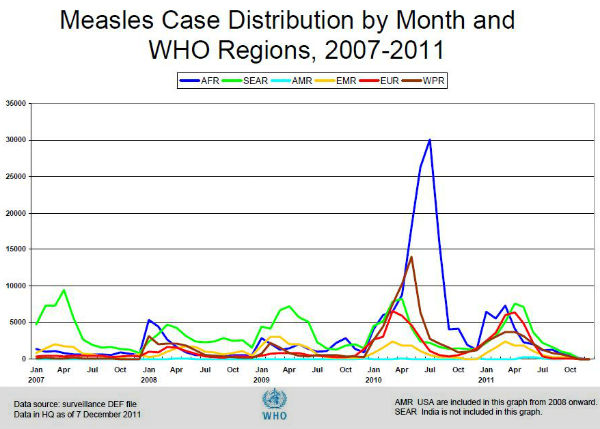 Despite the successes in global measles control, recent setbacks have occurred including numerous prolonged measles outbreaks, mainly in Africa and Europe and the continued high burden of measles in India. The rise in measles outbreaks ― which hinder efforts to achieve MDG4 ― are due to low measles vaccination coverage and reduced quality or delayed measles vaccination campaigns as a result of major funding gaps. WHO estimates that waning support could result in half a million more deaths each year and erase the Measles Initiative’s gains by 2013. 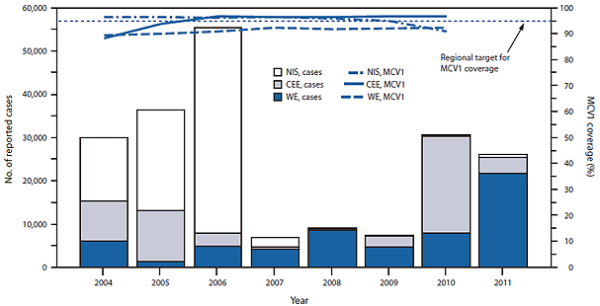 Weekly Epidemiological Record on measles in Europe (WHO) 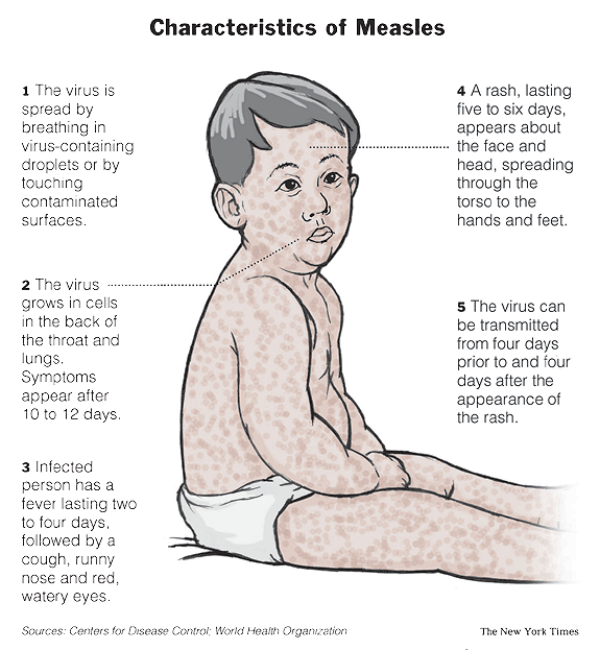