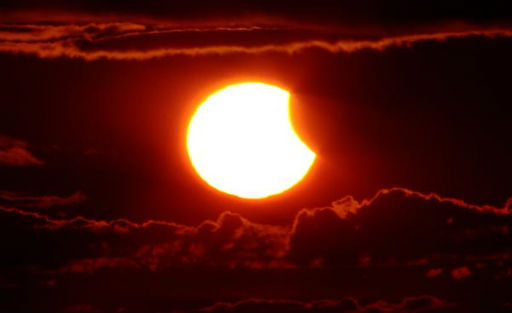 On November 25th the Moon will pass in front of the sun, slightly off-center, producing a partial solar eclipse visible from Antarctica, Tasmania, and parts of South Africa and New Zealand. Maximum coverage occurs about 100 miles off the coast of Antarctica where the sun will appear to be a slender 9% crescent.

This is the fourth and final partial eclipse of the Sun for this year. Again, this eclipse is mostly in a remote area of the world with the best show occurring in and around Antartica. The greatest eclipse is about 100 miles off the coast of Antartica with the Moon obscuring 90.5% of the Sun. (Shadow&Substance)

At the instant of greatest eclipse (06:20:17 UT) the eclipse magnitude is 0.905, making it the largest partial eclipse of the year. At that time, the lunar shadow axis will pass just 330 km above Earth's surface near the coast of Antarctica.

Few weeks after, on December 10 total lunar eclipse is about to happen. This total eclipse of the moon should mostly be seen from the pacific states on westward. San Franciscans can get to see it if they have a clear view of the western horizon. 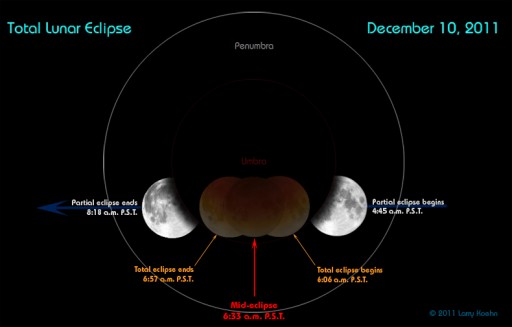