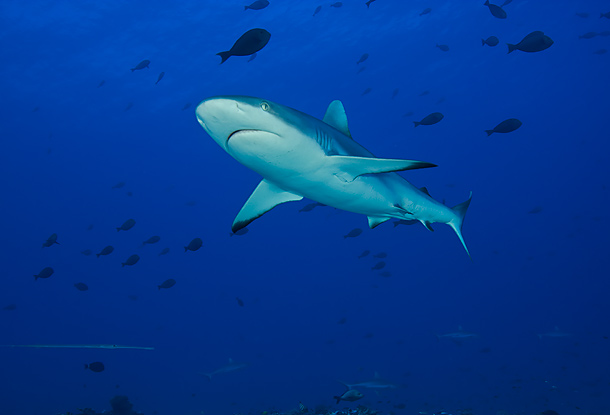 An Australian-based team have developed a world-first way to measure rates of decline in shark populations and concluded that sharks on the Great Barrier and worldwide are in trouble.

According to research from the ARC Centre of Excellence for Coral Reef Studies and James Cook University, there is mounting evidence of widespread, substantial, and ongoing declines in the abundance of shark populations worldwide, coincident with marked rises in global shark catches in the last half-century.

“Overfishing of sharks is now recognized as a major global conservation concern, with increasing numbers of shark species added to the International Union for the Conservation of Nature’s list of threatened species,” they say in the latest issue of the international science journal PLos ONE.

Evaluating population trends for sharks is complicated. The simplest approach of looking at trends in fisheries catches doesn’t work well for sharks. First, many countries with coral reefs don’t keep reliable records of catches or fishing effort. Second, around 75 per cent of the world shark catch consists of illegal and unreported finning. Third, sharks may be caught, discarded, and not reported when fishers are targeting other species. 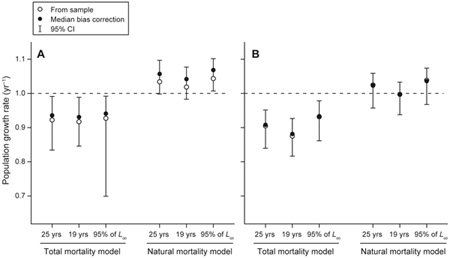 An alternative is to take estimates of shark growth, birth, and mortality rates, and use these to calculate population growth rates. Estimates of growth and birth rates are easy to get, but it is very hard to get good estimates of mortality in sharks and other large animals.

To deal with this problem, the team developed several alternative models, which combined birth rates and growth rates for sharks with a variety of different methods for estimating mortality. They then used state-of-the art statistical methods to combine the uncertainty associated with each of these methods and arrive at a more robust long-term population prediction for two GBR shark species – the grey reef shark and the whitetip reef shark. 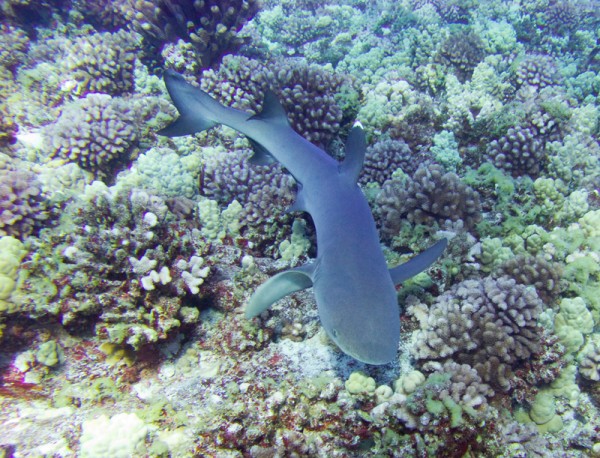 As a further check on their results, the researchers used their population projections to see how well their models could explain differences in shark abundances on fished and unfished reefs, based on how long the unfished reefs had been protected. The team found that results obtained by all methods of assessing shark populations were in close agreement that sharks are declining rapidly due to fishing.

“Our different approaches all painted a surprisingly consistent picture of the current state of population decline, but also of the potential recovery of these species if they are adequately protected,” says Mizue Hisano, the study’s lead author.

For the Great Barrier Reef shark populations, the close agreement between the different methods appears to justify management actions to substantially reduce the fishing mortality of reef sharks. (CoralReefStudies)

Population Growth Rates of Reef Sharks with and without Fishing on the Great Barrier Reef: Robust Estimation with Multiple Models by Mizue Hisano, Sean R. Connolly and William D. Robbins is published in PLoS ONE 6.9, September 2011.