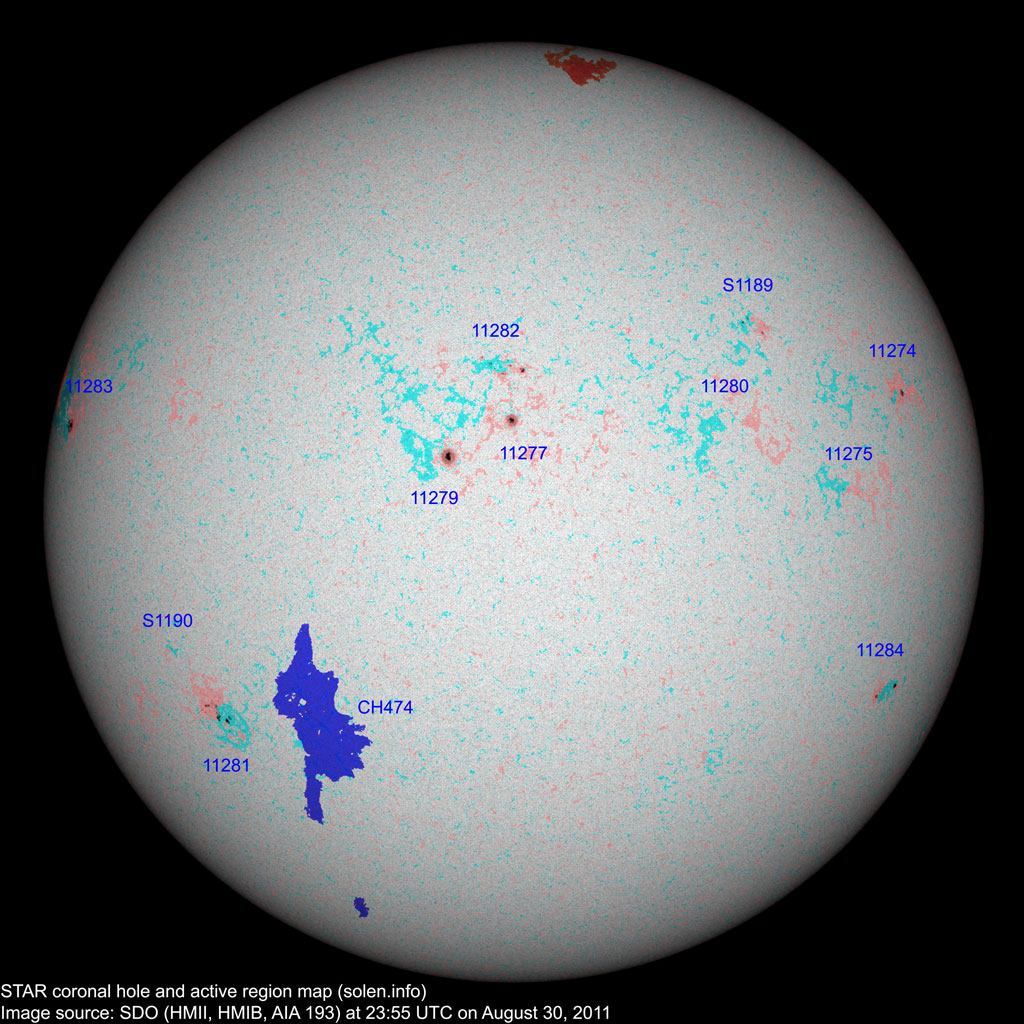 Sunspots are emerging at several locations around the solar disk, peppering the Earth-side of the sun with active regions. Of particular interest is fast-growing sunspot 1282, shown here in an August 31st snapshot from NASA’s Solar Dynamics Observatory: 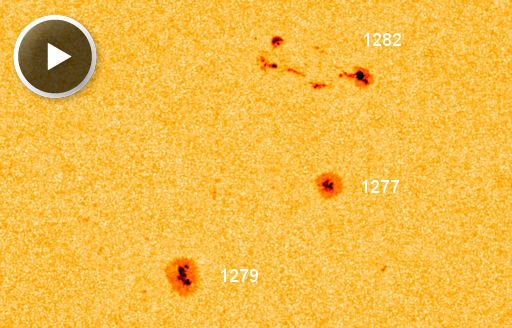 AR1282 has increased in size more than ten-fold during the past 48 hours: movie. Moreover, the sunspot is near the center of the solar disk, so any flares from this active region today would likely be Earth-directed. (SpaceWeather) 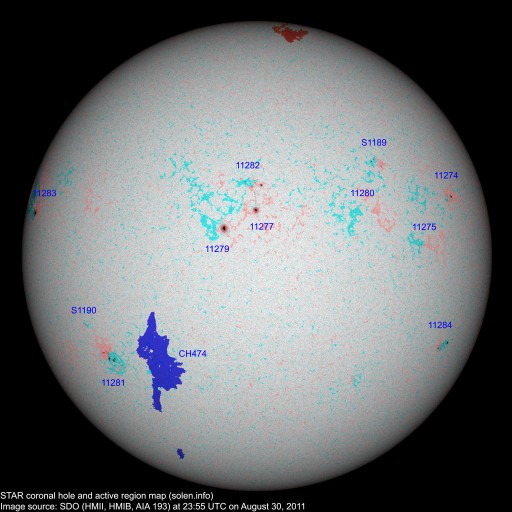 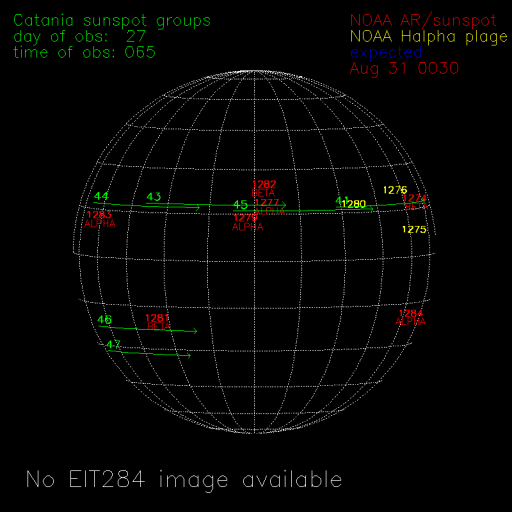 Several sunspots have popped up all around the visible solar disk, including a fast growing Sunspot 1282 in the northern hemisphere. A C5.5 Flare took place around Sunspot 1281 located in the southern hemisphere. There will continue to be a chance for C-Class flares around several of these regions which all show some signs of growth. (SolarHam) 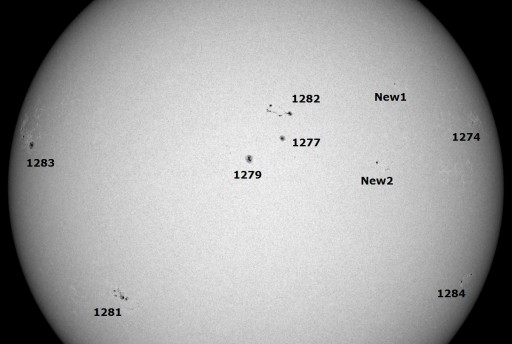 Three new regions were numbered: 1282 (N24E01), 1283 (N12E71) and 1284 (S19W57); all of which were small and simply-structured. There were no Earth-directed CMEs observed during the period.
Solar activity is expected to be low through the period (31 August – 02 September).
Geomagnetic field activity was at mostly quiet levels with unsettled periods observed at high latitudes.
Geomagnetic field activity is expected to be at mostly quiet levels through the period (31 August – 02 September).