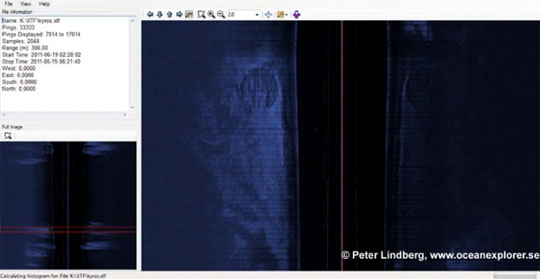 An ocean exploration team led by Swedish researcher Peter Lindberg has found interesting discovery on the 300-foot-deep ocean floor between Finland and Sweden, near Gulf of Bothnia. Lindberg’s team was using sonar to look for the century-old wreck of a ship that went down carrying several cases of a super-rare champagne. Instead, the team discovered what it claims is a mysterious round object that might (or might not) be extraterrestrial. Research team has had success in the past recovering sunken ships and cargo.

Mr Lindberg didn’t say much about it at the time apart from releasing the image and ruling out theories that it may be a land mine or algae bloom. Six of the nine-member team were asleep in their bunks on-board the Ocean Explorer’s ship at the time of the discovery, but the three watching the sonar “couldn’t believe” what they were seeing. After further examination, Mr Lindberg has gone public with some more details about the dimensions of the disc.
Lindberg explained to local media that his crew discovered  “a large circle, about 60 feet in diameter. Lindberg said he saw evidence of scars or marks disturbing the environment nearby, suggesting the object somehow moved across the ocean floor to where his team found it.

It’s not clear what to make of this report, or the video of the sonar scan that shows the object, but Swedish tabloids and Internet UFO buffs have had a field day. Some suggest the object is a flying saucer of extraterrestrial origin (and the seafloor scars were dug up when it crashed), though of all the things that might create a round sonar signature, that seems to be among the more outlandish. It might be a natural feature formation, or possibly a sunken, round man-made object as well.

Lindberg’s claim that the object “is perfectly round” may or may not be accurate; while it looks round from the information so far, the resolution of the sonar image was not high enough to verify that it is indeed round. And while the lines that appear to be leading to (or from) the feature may suggest some sort of movement, it’s also possible they have nothing to do with the object. Lindberg himself did not offer an extraterrestrial origin, though he did speculate it might be a “new Stonehenge.”

This is not the first time a sunken object has been presented as the solution to a mystery. Take, for example, the famous underwater mystery of the “Bimini Road,” a rock formation in the Caribbean near the Bahamas that resembles a road or wall. Many New Agers and conspiracy theorists claimed the rocks are too perfectly shaped to be natural, and either were made by an unknown civilization or are possibly a relic from the lost city of Atlantis. In fact, geologists have identified the blocks as unusually shaped, but perfectly natural, weathered beach rock.

It’s also worth noting that UFOs may not be saucer-shaped. The famous “flying saucer” description of the first UFO has since been revealed as a reporting error.

Lindberg said his team has neither the interest nor the resources to further investigate the anomaly. Deep ocean research is time-consuming and expensive. If the object were indeed a flying saucer, recovering it could potentially be worth millions or billions of dollars. If it’s a natural formation, on the other hand, it would probably be a waste of time and money. (LifeLittleMysteries) 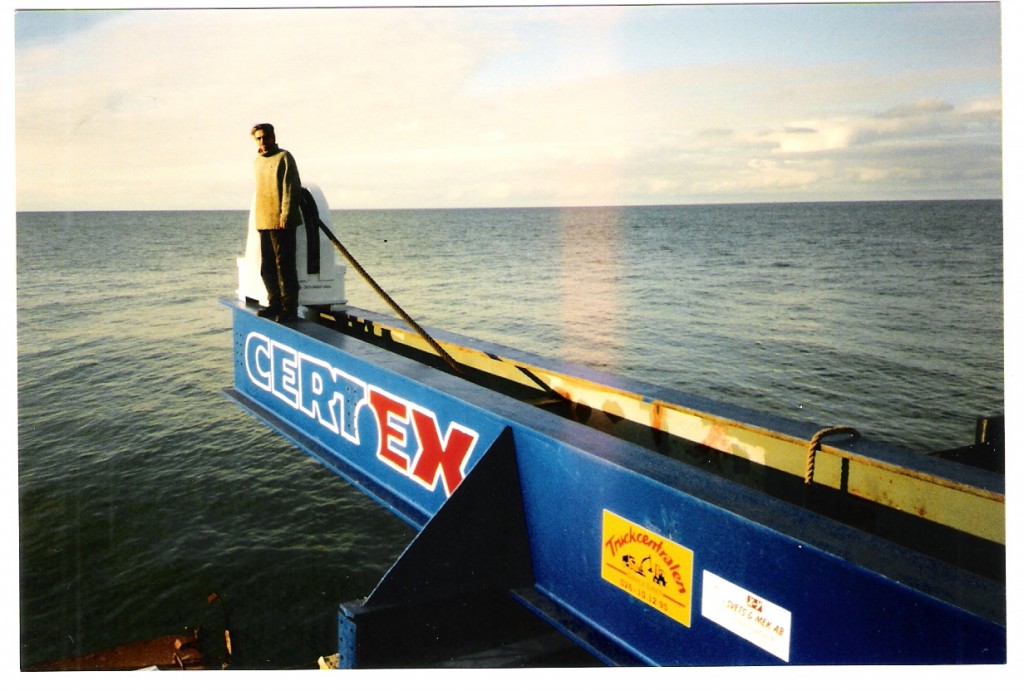 The Ocean Explorer team conducted between 11/6-19/6 2011 together with Franskabolaget.com a search expedition to find more of the sunken treasures of the Sea of Bothnia (northern Baltic Sea). The treasures consits of alcoholic beverages such as Champagne, Wine and Cognac laying in the holds of small Swedish mechant ships sunken by the germans during the first world war. The most famous wreck so far is with out doubt the small ketch “Jönköping” which was sunken on the 3 November 1916 by the German Uboat U 22 with 3000 bottles of Heidsieck & Co MONOPOLE Gôut Américain champagne from 1907, and 67 barrels of Bisquite & Duboché Cognac, each barrel containing 600 litres in her holds. Some of the champagne bottles has been sold for as much as EUR 20 000 per bottle.

This years first search/salvage expedition was granted with for the season terrible weather which did the search nearly impossible and is a reason why the Ocean Explorer team will continue the search for the “fluid gold” later during this summer. (OceanExplorer)