This year could be well on its way toward earning a dubious spot in the record books.

Arctic sea ice has melted away with astonishing speed in the first half of July, at an average rate of about 46,000 square miles (120,000 square kilometers) per day, according to the National Snow and Ice Data Center (NSIDC) in Boulder, Colorado. That's equivalent to an area roughly the size of Pennsylvania melting into the sea every 24 hours.

Unless things change in the next few weeks, we might have a new record for July.

The ebb and flow of Arctic sea ice is a yearly occurrence. Each fall, as Northern Hemisphere temperatures drop, ice extends outward, away from the land and out over the ocean; each spring, with the onset of warmer weather, the ice recedes. However, the reach of the sea ice has declined steadily since satellite records began in 1979.

Researchers have found that the earlier Arctic ice begins to melt in the spring, the greater the overall melt for the year as a whole. In 2011, in the Chukchi Sea, near Alaska, and the Barents, Kara and Laptev Seas, near Finland and Russia, NASA researchers found melt began two weeks to two months earlier than the 1979 to 2000 average.

This year, much of the Arctic has been in the grip of a warm spell. 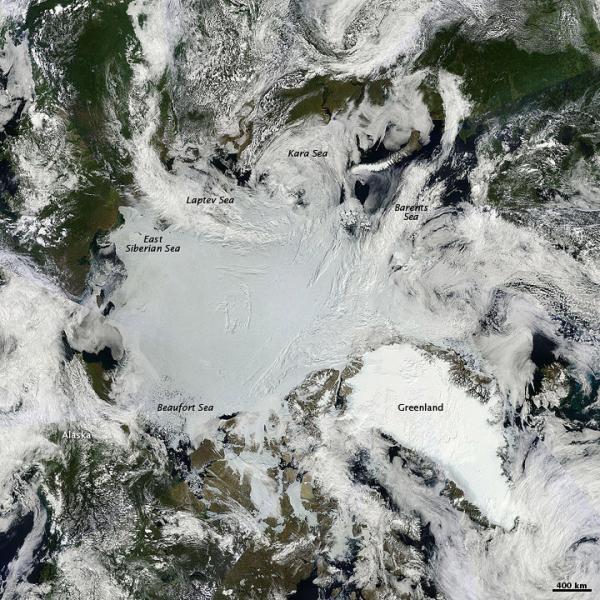 Like the conditions that sparked the heat wave running roughshod over huge parts of the United States, a high pressure system has been parked over the Beaufort Sea, north of Alaska, since June, bringing warmer temperatures to the Arctic as a whole. Air temperatures at the North Pole are a full 11 to 14 degrees Fahrenheit (6 to 8 degrees Celsius) warmer than usual.

In addition, high pressure systems are associated with clear skies, Stroeve said, so the ice is often at the mercy of the sun's rays for the full Arctic day, prompting further melting.

Although Stroeve said a change in the weather could dramatically change the ultimate fate of the Arctic's sea ice for 2011, she said a new record isn't out of the question.

"It's too early to say we're going to have a new record low," Stroeve said, "but I would say it's certainly possible with the way things have been going." 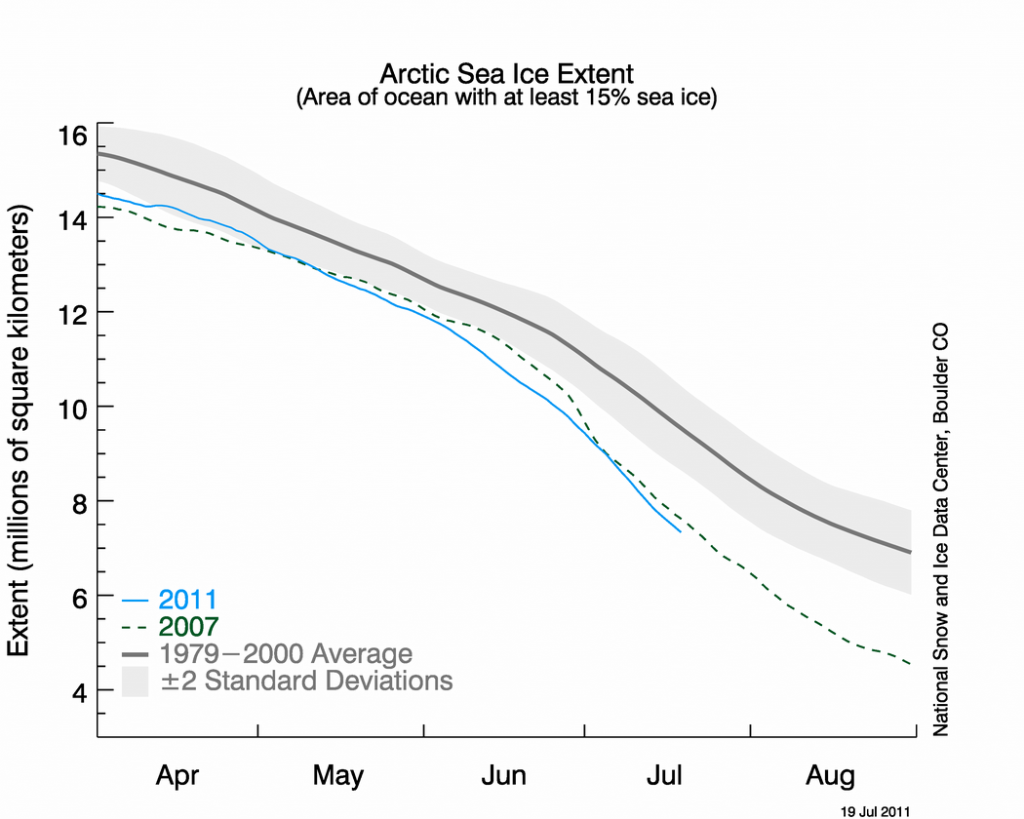