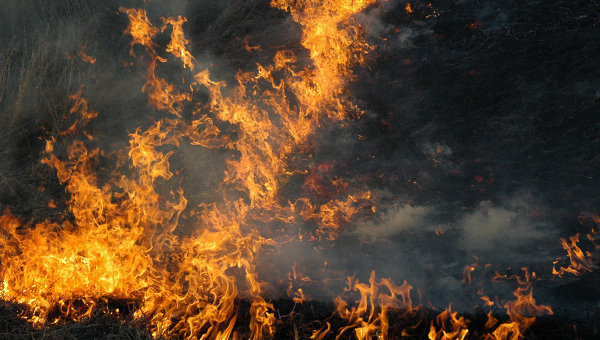 57 hotbeds of wildfires with the total area 4 819.77 hectares have been registered in the Russian Federation within twenty four hours. 64 hotbeds with the area of  15 193.08 ha have been extinguished. 104 hotbeds, including those emerged earlier and 14 large ones continue burning, the area of active burning is 162.29 ha, 14 153.66 ha has been contained.

There are 76 uncontrolled undergrowth burning sites and 5 hotbeds of waste burning on the territory of the Russian Federation. Compared to the previous 24 hours there is a fall in the number of wildfires (by 7 hotbeds) and in the areas on fire (by 10 373.31 ha). 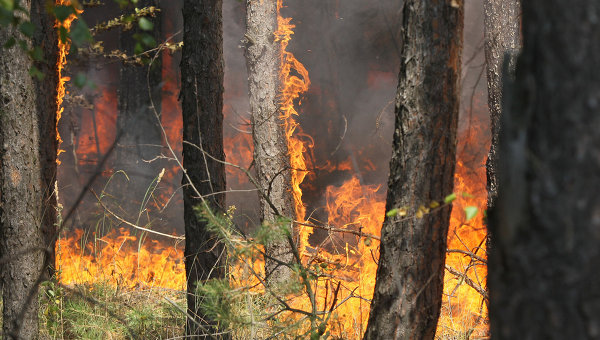 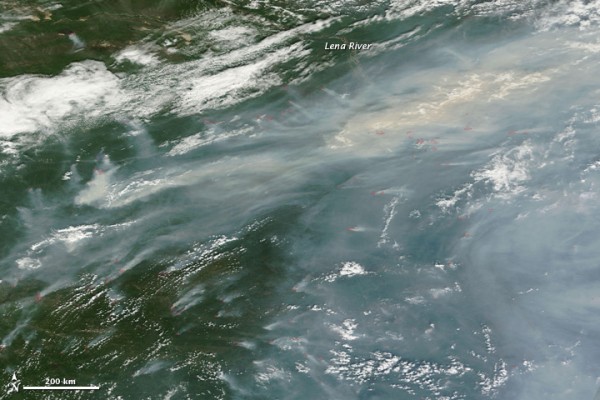 A thick curtain of smoke hangs over the forests of Siberia in this natural color image taken by the Moderate Resolution Imaging Spectroradiometer (MODIS) on the Terra satellite on July 18, 2011. Several large forest fires had been burning throughout Siberia in previous days. As of July 17, fire was burning on 1,341 hectares (3,314 acres), reported RIA Novosti. The fires burning on July 18 are marked in red.

The fires shown in this image surround the Lena River, which is hidden under the smoke. Fires are common in the forests of Russia during the summer. The majority of those burning near populated areas are started by people.Though some of these fires are burning near settlements, none are threatening populated areas, said RIA Novosti. Sakha (Yakutia), the district shown in the image, was one of the three districts most affected by fire in mid-July. (EO)