After Tropical Storm Muifa made landfall and subsequently dissipated, haze hovered over eastern China in early August 2011. The thick band of haze stretched over the coastal plain, from Beijing southward, and over parts of Bo Hai and the Yellow Sea. 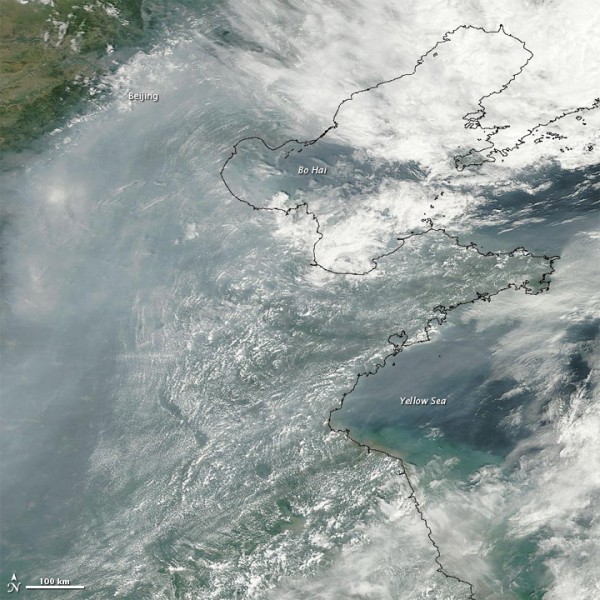 The Moderate Resolution Imaging Spectroradiometer (MODIS) on NASA’s Terra satellite captured this natural-color image on August 9, 2011. In the west, haze is thick enough to completely hide the land surface below. In the northeast lies a cloudbank, potentially a remnant of Muifa.

Tropical storms can block air currents, trapping haze in the process. The haze over eastern China may have been influenced by the Tropical Storm Muifa. (EarthObservatory)