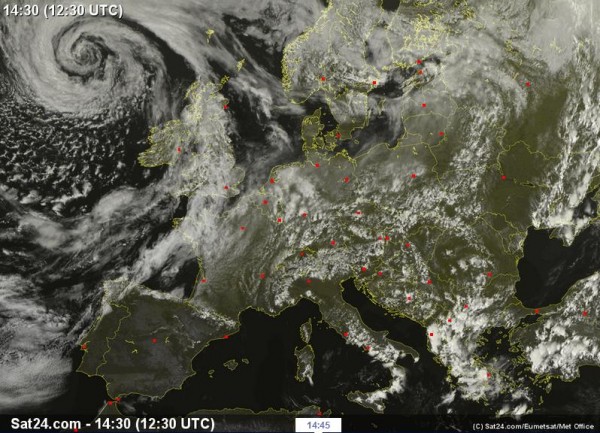 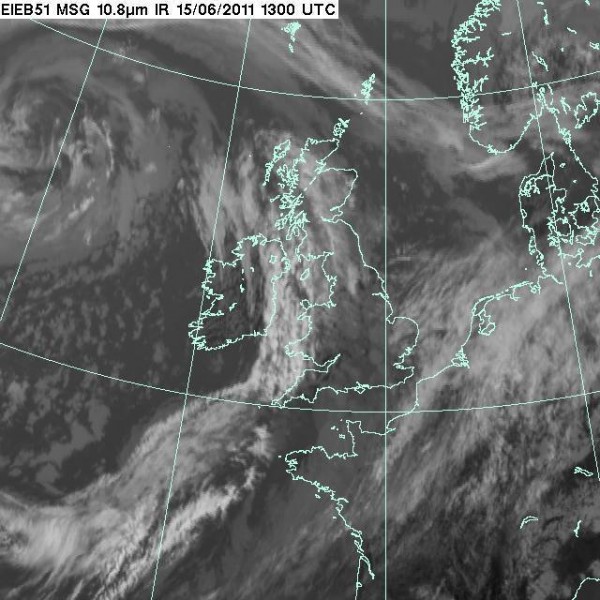 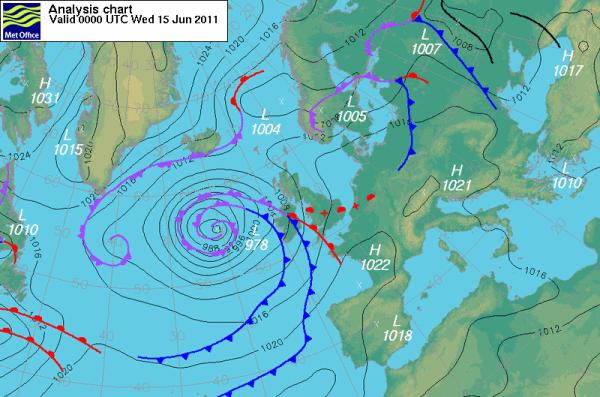 A vigorous area of low pressure looks set to develop south of Ireland on Friday. This is going to be pushing cloud and rain into Ireland, Wales andsouthwest England through the morning, some of it heavy at times. The rain affects much of England, Wales, Ireland and the south and west of Scotland into the afternoon and this could be heavy over windward facing western hills and coasts. Eastern coasts of England see the rain by mid afternoon. Northern and eastern Scotland will have some showers and a few bright spells, whilst the Northern Isles stay dry and sunny throughout. Highs at 12C in the rain across Wales, 16C in eastern Scotland and eastern England. (WeatherOnline)

The Icelandic Low is a semi-permanent centre of low atmospheric pressure found between Iceland and southern Greenland and extending in the Northern Hemisphere winter into the Barents Sea. In summer it weakens and splits into two centres, one near Davis Strait and the other west of Iceland. It is a principal centre of action in the atmosphere circulation of the Northern Hemisphere, associated with frequent cyclone activity. It forms one pole of the North Atlantic oscillation, the other being the Azores High. 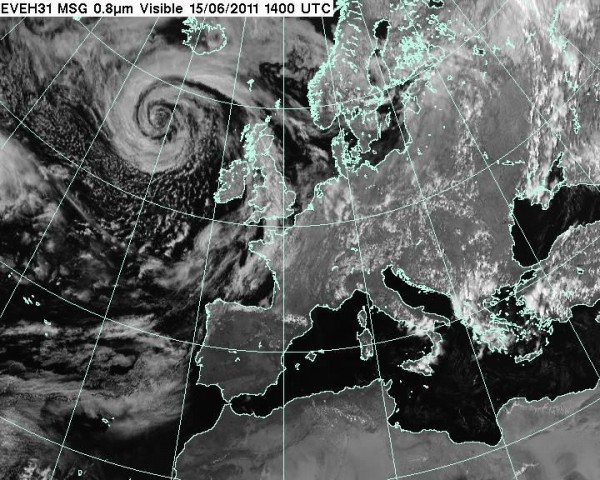 This is the 6th paroxysmal eruptive episode at Etna volcano, Italy since February 16, 2021. After 5 impressive paroxysms, the activity at the volcano intensified again at 19:00 UTC on February 24 and evolved into another spectacular event. Video courtesy Gio Giusa...

The recent data from the Gaia space observatory has allowed astronomers, for the first time, to create a large 3D atlas of widely separated binary stars--1.3 million of them, within roughly 3 000 light-years of Earth. The atlas, generated by Ph.D. astrophysics...

Radioactive cesium fivefold higher the permitted levels have been detected in a black rockfish found in northeastern Fukushima Prefecture in Japan, a local fishing association announced on Monday, February 22, 2021. Roughly 500 becquerels per kilogram of cesium was...

A very intense earthquake swarm started close to Fagradalsfjall in Reykjanes Peninsula, Iceland on the morning of February 24, 2021. The strongest in the sequence so far was M5.7, 3 km (1.8 miles) SSW of Keilir at 10:05 UTC, followed by numerous aftershocks. The...

A flank eruption began to form on the northwestern slope of the Klyuchevskoy volcano, Kamchatka, Russia late February 17, 2021, presenting a real danger of mudflows for the Kyuchi village. Bright incandescence was observed at video-data by IVS FEB RAS from 15:23 UTC...

Heavy rainfall since mid-February has triggered widespread, severe flooding in Madre de Dios, Peru, leaving at least 15 000 people affected and thousands of property damage. This has prompted the government to declare a state of emergency for the region for 60 days....

Researchers at the European Center for Medium-range Weather Forecasts and TU Freiberg developed a new framework to improve forecasting of extreme rainfall events in Mediterranean countries. The scientists noted that it was challenging to predict how many days in...

SERNAGEOMIN has raised the technical alert for Laguna del Maule Volcanic Complex from Green to Yellow on February 22, 2021, after an increased number of earthquakes detected over the past two weeks. The Southern Andes Volcanological Observatory (OVDAS) detected 533...

A brilliant fireball streaked across the skies of Alberta, Canada, at 13:23 UTC (06:23 LT) on Monday, February 22, 2021. The American Meteor Society (AMS) received more than 400 reports and 100+ videos from witnesses as far north as Pink Mountain in British...