More than 200 families have been left homeless in the central Colombian town of Utica after a mudslide swept away their houses.Torrential rain unleashed by the La Nina weather system has flooded the country, killing hundreds and forcing millions from their homes.

Heavy rains caused the local river to break its banks, sending torrents of water, mud and stones through the town's streets. Officials said one elderly woman died and two men are missing.

Rainfall (mm) in Bogotá
(Average values for each month)

Colombian President Juan Manuel Santos said he would visit Utica to inspect the damage caused to the town. Utica mayor Marcel Hernandez said 238 families had been "left with nothing". Officials said more than 80% of the town had been engulfed by the mudslide. Residents recounted how they had been alerted to the approaching mudslide by the ringing of the church bells. Most were able to flee their homes in time.

The government said it would send a group of experts to Utica to assess whether it was safe for residents to return to the town or if there could be sinkholes or other geological faults. As meteorologists forecast more rain for the area, firefighters did not rule out the possibility of another mudslide.

Government officials in Cundinamarca, where Utica is located, said they would decide over the next few days whether to rebuild the whole town on safer, higher ground. The heavy rains are not restricted to Cundinamarca. In central Tolima province officials have put the town of Honda on high alert as the level of the river Magdalena continues to rise. Nationwide, 12 major highways have been closed due to the continuing rains and flooding.

Colombia has been suffering from a particularly wet winter, which officials say has affected almost three million people across the country. (BBC)

Colombian President Juan Manuel Santos warned: “There are going to be a lot of needy people, there has never been a tragedy of this scale in our history.” 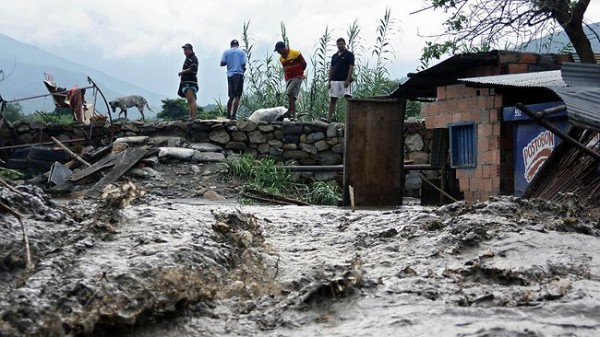 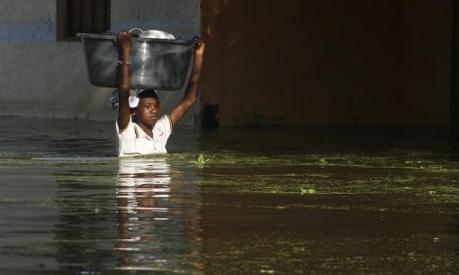 “These mountains are physically melting and this will cause tremendous problems,” said Juan Manuel Santos Colombian president by evoking the Andes across the country from south to north.

Authorities on Wednesday reported a risk of landslides in at least 14 of the 32 Colombian departments, placed on “red alert”, while flood involving flooding touched most of the major rivers of the country. The latest report sent late Wednesday authorities reported 80 deaths since the beginning of the year in connection with these unusual weather, caused by the La Nina climate phénonème.

In 2010 Colombia had already been hit by two rainy seasons with an intensity related to historic La Niña, which led to the deaths of at least 328 people from April to December.

“The situation is dramatic because in many parts of the country rainfall exceeded in a single week in early April, the average for the entire month,” said Helen Garcia, a spokesman for Civil Defence.

Five districts of Bogota near the river of the same name were also reported Wednesday on “red alert”, the maximum level, by the mayor. Thirty-six of the country roads were also closed because of the risk of landslides like the one that led a bus into a ravine, April 13, killing twenty passengers.

La Niña is a weather phenomenon characterized by lower average temperatures below the surface of the sea in central and eastern equatorial Pacific.

According to the World Meteorological Organization (WMO), this cyclical phenomenonreappeared in the summer of 2010, is one of the “most powerful of the past century” and expected to last until May before weakening gradually. (Pisqua)