Heavy rainfalls which affected the Chocó department in Colombia over the last couple of days have left 17 municipalities flooded. Four people died in flood-related incidents while 13 000 families are in need of humanitarian aid, Colombia's National Unit for Risk Management Disaster (UNGRD) reported. 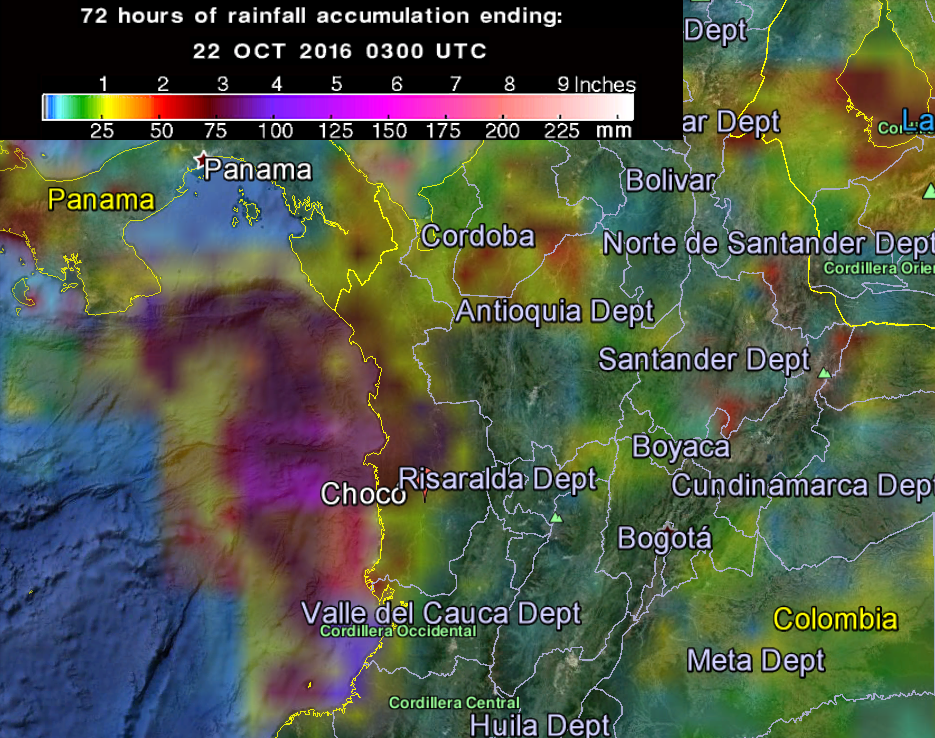 Warning for flooding rivers in the Chocó department was issued on October 19 by El Instituto de Hidrología, Meteorología y Estudios Ambientales (IDEAM). Warnings for high river levels in the Valle del Cauca and Antioquia was issued, as well, as several rivers were at risk of overflowing.

Several rivers in the department have overflowed, including the San Juan, Condoto, Tamana, Bochoromá and Medio San Juan, Floodlist reports.

The Condoto River levels have been the highest ever reported, after a 10-hour long rainfall on October 18, according to Luz Marina Agualimpia Benitez, the mayor of Condoto.

115 tons of emergency assistance has been provided by the UNGRD, and the civil protection and military teams are working on repairing and cleaning the damage.