The activity started again at 21:17 UTC and continued through the morning.

"Eruptions and bubbles were observed in the southern waters around the Iliwerung Volcano Complex," PVMBG said in a press release on November 29.1

"This incident has resulted in rising sea levels. According to residents' reports, the sea level rose at night on November 28, with a height of less than 1 m (3.3 feet) and an inundation distance of about 30 m (98 feet)."

This activity is taking place about 1 km (0.62 miles) south of the Hobal submarine volcano.

People living near the area where this activity is taking place are recommended to avoid any activity on the nearby coast and avoid sailing/going to the spot. 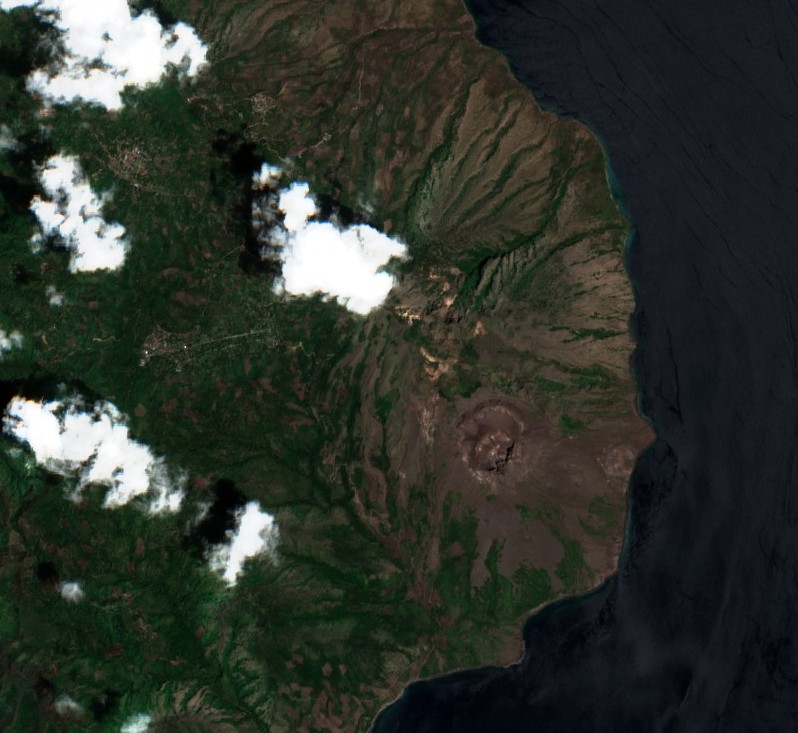 Constructed on the southern rim of the Lerek caldera, Iliwerung forms a prominent south-facing peninsula on Lembata (formerly Lomblen) Island.

Craters and lava domes have formed along N-S and NW-SE lines on the complex volcano; during historical time vents from the summit to the submarine SE flank have been active.

The summit lava dome was formed during an eruption in 1870.

In 1948 the Iligripe lava dome grew on the E flank at 120 m (194 feet) elevation. Beginning in 1973 – 74, when three ephemeral islands were formed, submarine eruptions began on the lower SE flank at a vent named Hobal; several other eruptions took place from this vent before the end of the century.2