The National Weather Service (NWS) storm surveys have confirmed several tornadoes touched down on Saturday, November 13, 2021, across Connecticut and Rhode Island. While all of them were EF-0 or EF-1, these were the first November tornadoes to strike the area since at least 1950. No deaths or injuries were reported.

The NWS confirmed 3 tornadoes touched down on the evening of November 13 — an EF-1 near Stonington, and Westerly, Rhode Island; an EF-0 in North Kingstown, Rhode Island, and another EF-0 near Plainfield, and Foster, Rhode Island.1

This represents the most tornadoes in one day for Rhode Island in any month of the year on record.

"Since 1950, there has never been a tornado recorded in Connecticut or Rhode Island in the month of November," the NWS said. "Massachusetts last recorded a November tornado on November 7, 1971." 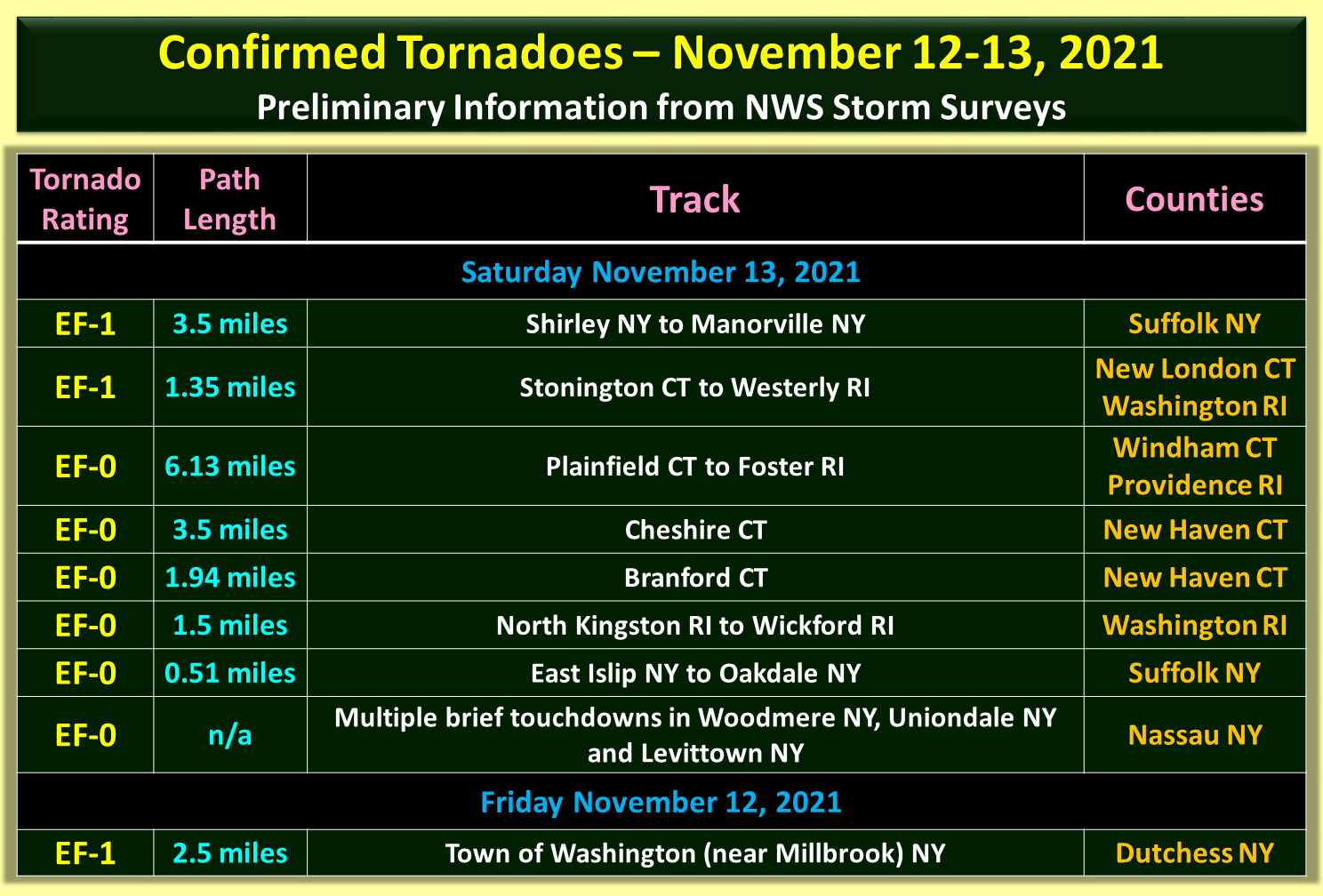 Connecticut took the brunt of the storm which toppled power poles and downed trees causing damage to homes and cars. Parts of southern New England were under multiple tornado warnings, as winds and heavy rains blew through the area.2