Over the last few hours, the system has lost central convection and the circulation has elongated, and it is assessed that Helios has dissipated, MCC said.

"The center is barely trackable as of 12:00 UTC. In a few hours, the remnants of Helios will be indistinguishable within the larger low that has absorbed it."

Helios had a poorly defined circulation and primarily extratropical-type convection near the center at 12:00 UTC.

"The mid-level circulation separated from the storm around 09:00 UTC and is now deep inland over France, bringing additional impacts there.

"The storm is assessed at 65 km/h (40 mph) based on continuity. Heavy wind and rain are expected in northwestern Italy and southeastern France over the next 6 hours." 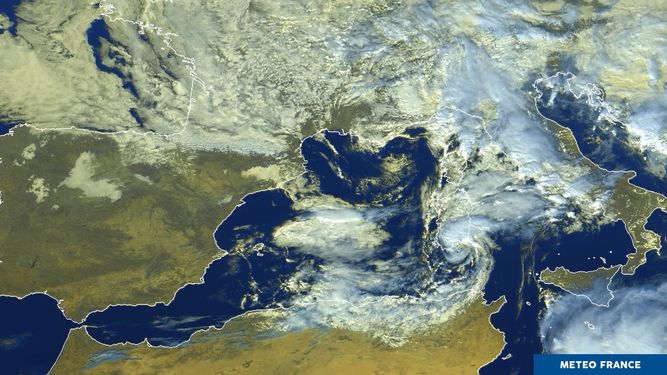 Depression "Blas" present for more than a week over the western Mediterranean is still visible on the satellite image acquired at 12:00 UTC on November 14. There are two low pressure systems, the first, barely marked, is centered on the Gulf of St Tropez, the second is clearly visible in the immediate South-East of Sardinia. Image credit: MeteoFrance